Wildlife Week 2019: India's tiger numbers have increased by 33% in 5 years, but that's not necessarily good news

In 1968, a ban was implemented on tiger hunting and it was quickly followed by a ban on the export of skins.

It was the late 1960s, when the natural world was in the middle of a deep crisis, that Project Tiger was born.

In 1966, Indira Gandhi had taken over as Prime Minister. It was a time when countless hunting agencies mushrooming across India that enticed hunters from the world over to kill their prize trophy, the tiger. But Indira Gandhi wouldn't have it, for she had a strong connection with the natural world. By 1968, a ban was implemented on tiger hunting, quickly followed by a ban on the export of skins. The hunter had lost his trophy.

1,00,000-odd tigers were thought to have prowled in India in 1900. Seven decades later in 1970, the first dedicated effort to estimate their population was carried out, and the figure was a shocking one: 1800 tigers. The tiger was on the brink of extinction. It was then that concerned conservationists, both in India and abroad, mooted the idea of a special scheme to save wild tigers and their habitats. Project Tiger was born in 1973 and inaugurated in Corbett National Park. Nine areas were selected in India for complete protection and state of the art management. Simultaneously, Indira Gandhi enacted the Wildlife Protection Act of 1973 in Parliament. As a nation, it was our first effort at wildlife conservation with the tiger at the helm of it all.

The effort started off its the first mission in the mid-1970s, to resettle villages from all these nine areas so there was no human disturbance within the area. To a large extent, the Project succeeded in this mission. Almost immediately, tiger numbers appeared to recover. Tigers breed well when habitats are inviolate. Better management led to better protection and the menace of poaching was reduced.

By the mid-1980s, the first books ever on wild tigers were being published, and by 1989, the estimation of tigers across India stood just below 4000. Tigers at this point were counted by their pug or foot marks, with most believing these were as unique as human fingerprints. Project Tiger at this point was regarded as a great success. 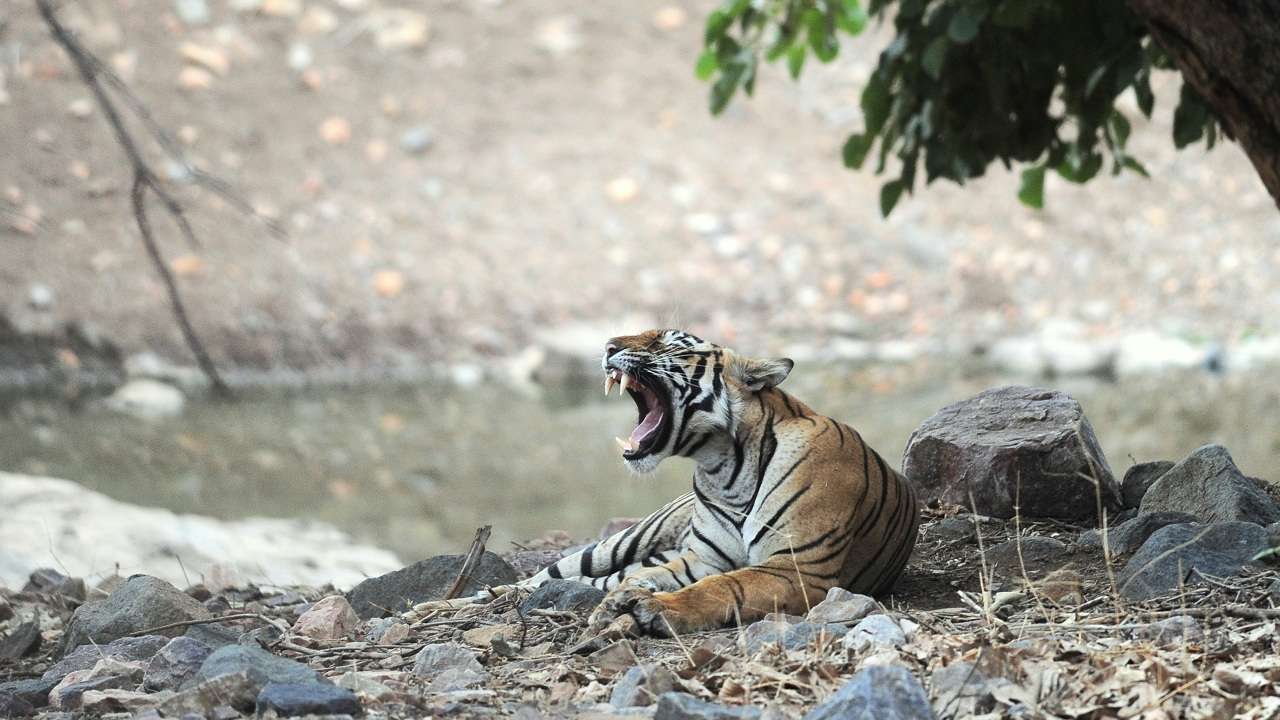 But in 1992, things took a turn for the worse. A wave of poaching fuelled by Chinese demand for tiger bone started to take a toll on India's tigers. Intermittently, this process continued till around 2006. Management was tough, and protection was nothing short of a nightmare. The century turned without respite for tigers or those trying desperately to protect them from being hunted to their ends. Many believe that in the years between 1992 and 2005, India lost more than 1,000 tigers to poaching. In 2001, even the government admitted we were losing roughly a tiger a day.

The Sariska Tiger Reserve in Rajasthan had been poached clean of tigers by 2007, as was the case in the Panna Tiger Reserve. Project Tiger, now involved with over 35 tiger reserves, looked like a joke. Again, this crisis gave birth to a Tiger Task Force put together by the then-Prime Minister Manmohan Singh. This led to the National Tiger Conservation Authority (NTCA), which, in fact, replaced Project Tiger. Both Project Tiger and NTCA were Central government schemes that gave funds and advised states on their conservation strategies. When the NTCA was formed, India was left with 2,500 or fewer tigers in the view of experts, and the crisis of Project Tiger had continued for 17 years. Science had changed the methodology of tiger counts. Instead of using pug marks to estimate tigers, the stripe patterns on the body were a far more distinctive and statistical means of recording unique tiger individuals. Hidden cameras clicked pictures of tigers across all the reserves, and in 2011, the government came up with an estimate of just over 1,400 tigers. This was the lowest ever number since the beginning of efforts to conserve them. International outcry slowly led to a reduction in Chinese demand and the states in India refocused on tiger conservation.

In a few years, there were signs of a second wave of recovery. Some even went as far as to call it a success. But nearly two decades into the severe crisis, the tiger population was touching 2200 in 2015 — nowhere near the success seen in the 1980s. I expect the 2019 estimation will be around 2600.

When Project Tiger started in 1973, it was a unique plan to save one of the most charismatic species on the planet. It was also a desperately necessary effort. Project Tiger was promoted by strong political will; Indira and her son Rajiv Gandhi supported and strengthened it till 1990. It was 17 good years of success. When Chinese poaching pressures arrived in India, a variety of different parties and prime ministers lost the plot, and political will for tigers weakened. The next 17 years was a period of crisis. Prime Minister Manmohan Singh tried to revive the effort but his era will only be remembered as the beginning of the long process of recovery for the Project.

In the last five years, there has been little to no political will supporting tigers — premier institutions like The National Board of Wildlife have not met one time in that period. We are hugely lucky that we can still claim to have 2,500 tigers in the country today. These are scattered across 50 tiger reserves, with some in populations of less than five. Clearly, political will is of make-or-break importance. The states have shown more political will than the Centre in these efforts. Rajasthan and Maharashtra have done exceedingly well, and poaching pressure overall is a little lower than before. Again, we have been enormously lucky. Our tiger population is reviving once again.

We need to look at a future vision for the next decade to at least reach the figure of 4000. In order to do, this we need better partnerships between the governmental and non-governmental sectors. The very Forest Departments that run the country's tiger reserves need to be open and welcoming of new ideas. They need to play the role of action-enablers considering the critically-important role that states play in national conservation efforts. No longer will the NTCA be of any strategic significance. Central governments may offer support for site-specific interventions in states. Rajasthan needs different solutions to Kerala.

Tourism is sure to play a vital role and should be encouraged. The revenue generated from it impacts on domestic economies and helps local communities by sustaining livelihoods. Wildlife tourism has changed the entire economies of East Africa, and could very well do the same in India. Even more important will be the engagement of local communities in both the protection and monitoring of wildlife. This has been successfully tried with village wildlife volunteers around Ranthambhore Tiger Reserves.

If state governments follow these themes, the recovery period for our tigers will be a successful one. My fingers are crossed.

The author is a natural historian, conservationist, writer, ex-committee member of Project Tiger and a critic of the program's management strategy.