WHO takes back statement saying asymptomatic patients spreading COVID-19 is rare, says they can cause 40 percent of transmissions

Maria van Kerkhove said, “Some estimates of around 40 percent of transmission may be due to asymptomatic (cases), but those are from models."

The World Health Organisation (WHO) has come under fire again after its technical head dealing with the Coronavirus pandemic made a statement regarding the transmission of the virus from asymptomatic patients. Since that day, the top health institution has retracted their statement and tried to clarify the misunderstanding. However, the damage is done and a lot of health experts have spoken out about this incident.

Here is the detailed chronology explaining the events:

On Monday, during a regular press briefing, Maria van Kerkhove, an epidemiologist and WHO’s Technical Lead on the Coronavirus pandemic, said that many countries are undertaking contact tracing and had identified asymptomatic cases, but were not finding what caused the further spread of the virus. Maria van Kerkhove, head of the Outbreak Investigation Task Force for the World Health Organization speaks during a news conference regarding the COVID-19 coronavirus, at the European headquarters of the United Nations in Geneva, Switzerland. Image credit: Martial Trezzini/Keystone via AP

"From the data we have, it still seems to be rare that an asymptomatic person actually transmits onward to a secondary individual,” said Van Kerkhove from the United Nations agency’s Geneva headquarters. “It’s very rare.” She also said the pre-symptomatic spread of the virus is very rare.

These statements led to an international outcry among other scientists and health experts who have been saying the exact opposite.

“I was quite surprised by the WHO statement,” said Liam Smeeth, a professor of clinical epidemiology at the London School of Hygiene and Tropical Medicine told Reuters. “It goes against my impressions from the science so far that suggest asymptomatic people - who never get symptoms - and pre-symptomatic people are an important source of infection to others.”

Smeeth and other experts said understanding the risks of transmission among people with mild or no symptoms is crucial as governments begin to ease the lockdown measures they imposed to try and reduce the pandemic’s spread and gradually replace them with case tracking and isolation plans.

“This has important implications for the track/trace/isolate measures being instituted in many countries,” said Babak Javid, a Cambridge University Hospitals infectious diseases consultant told Reuters.

Some experts say it is not uncommon for infected people to show no symptoms.

WHO's technical head has tried to clear up what they term as “misunderstandings” about comments she made during a live Q&A on WHO's social media pages held on Tuesday. Mike Ryan, WHO Health Emergencies Programme Executive Director conducted the session along with Van Kerkhove.

She insisted that she was referring only to a few studies, not a complete picture. CNBC reported that Van Kerkhove said that asymptomatic spread is a really complex question and a lot is still unknown.

“We don’t actually have that answer yet,” she said.

“I was responding to a question at the press conference. I wasn’t stating a policy of WHO or anything like that. I was just trying to articulate what we know,” she said. “And in that, I used the phrase ‘very rare,’ and I think that that’s a misunderstanding to state that asymptomatic transmission globally is very rare. I was referring to a small subset of studies. I also referred to some data that isn’t published."

“Some estimates of around 40 percent of transmission may be due to asymptomatic (cases), but those are from models. So I didn’t include that in my answer yesterday but wanted to make sure that I made that clear,” she said.

While six to 41 percent of COVID-19 infected people may not show symptoms, many of them may transmit the disease, Van Kerkhove said.

Disease-modelling studies are used to help inform decisions about health care and policy. A model is an analytical methodology that accounts for events over time and across populations, that is based on data drawn from primary or secondary sources and in the context of health care-evaluation.

The LiveMint reported that Van Kerkhove said that 'while it’s known there are some asymptomatic patients who can transmit the virus, it needs to be better understood how many of the people in the population don’t have symptoms and separately, how many of those individuals go on to transmit to others.' She also said 'asymptomatic patients tend to be younger and without underlying medical conditions.'

WHO Director-General Tedros Adhanom during a media briefing also touched on this topic. He said that they are still learning about this new virus and there is a lot that they do not.

He said, "communicating complex science in real-time about a new virus is not always easy, but we believe it’s part of our duty to the world." 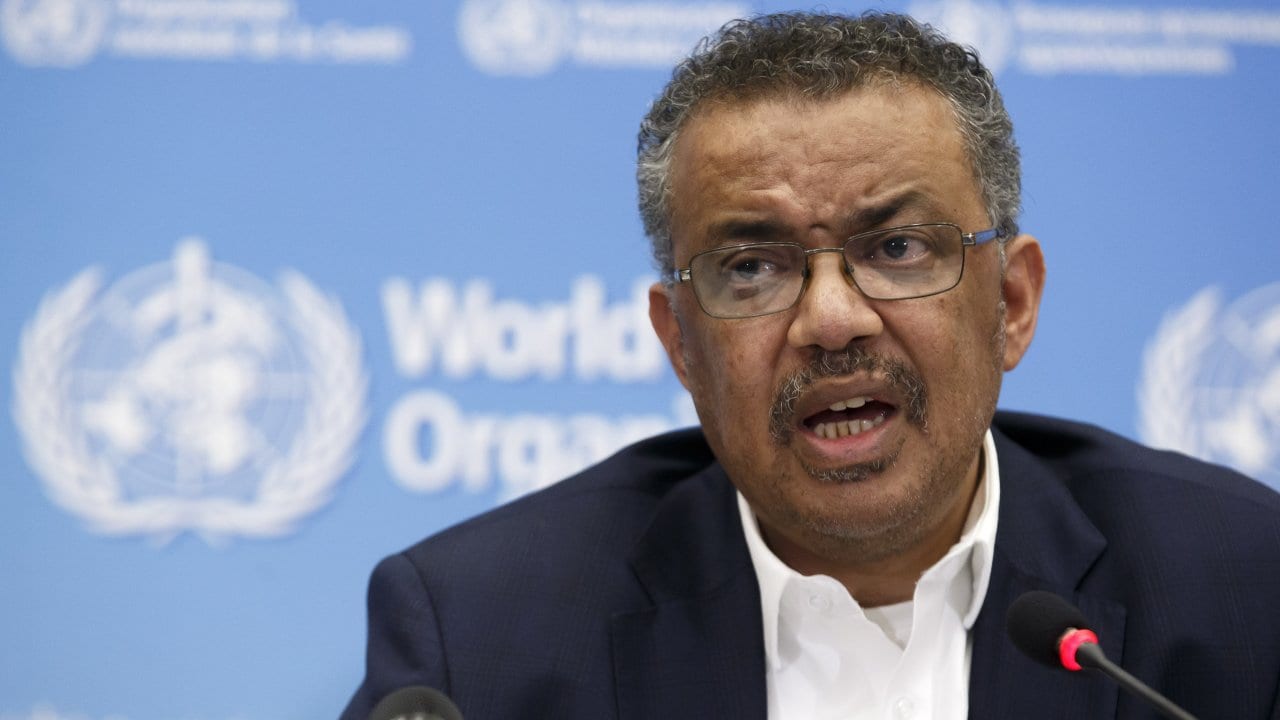 Adhanom said what they do know about transmissions is that "finding, isolating and testing people with symptoms, and tracing and quarantining their contacts, is the most critical way to stop transmission. Many countries have succeeded in suppressing transmission and controlling the virus doing exactly this."

"Asymptomatic people can transmit COVID-19," he said. But they "need more research to establish the extent of asymptomatic transmission."

Dr Anthony Fauci, the US government's top infectious-disease expert, says the WHO had to backtrack on its statement about the asymptomatic spread of the coronavirus being rare because that simply “was not correct.”

Weighing in on Wednesday, Fauci said the range of ways symptoms manifest is “extraordinary” in that some infected people have no or barely noticeable symptoms while others have more severe symptoms that require them to be hospitalized in intensive care. 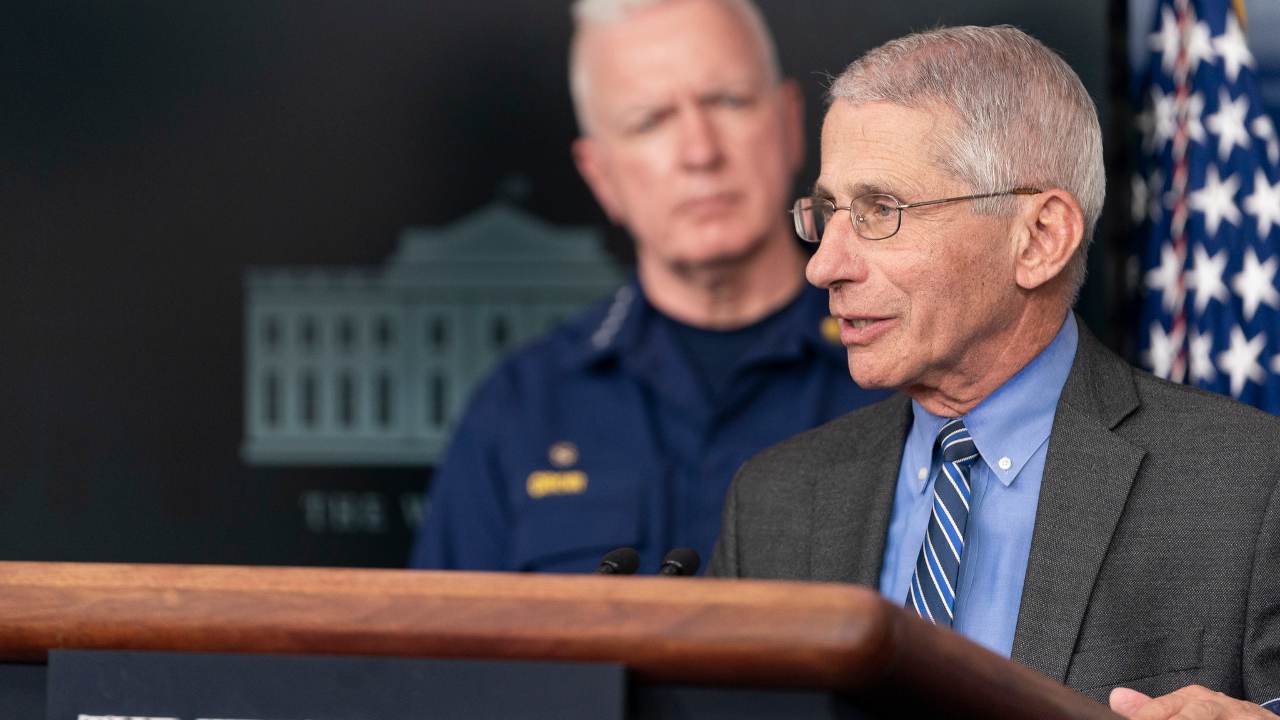 He said, “What happened the other day is that a member of the WHO was saying that transmission from an asymptomatic person to an uninfected person was very rare."

He continued: “They walked that back because there's no evidence to indicate that's the case. And, in fact, the evidence that we have, given the percentage of people, which is about 25, 45 percent of the totality of infected people, likely are without symptoms."

"And we know from epidemiological studies that they can transmit to someone who is uninfected, even when they're without symptoms. So to make a statement — to say that's a rare event — was not correct. And that's the reason why the WHO walked that back", he added.