People were introduced to the white giraffe for the first time in 2017, when it was found along with its calf by Kenya's Ishaqbini Conservancy.

Governments and non-governmental organizations across the world take steps to protect endangered species or those whose numbers are dropping at an alarming rate. In one such move, the Ishaqbini Hirola Community Conservancy in Kenya has attached a GPS tracking device to a white giraffe’s horns in an attempt to quell poaching in the region.

According to a report in BBC, it is the world's only known white giraffe and the GPS tracking device has been fitted to prevent it from poachers. Till March, the white giraffe had two other members in its family, but poachers killed them. Now, rangers will be able to monitor the movement of the animal in real time.

The white skin of the giraffe is due to a rare genetic condition called leucism. Under this condition, the animal suffers loss of skin pigmentation. Its family members also had similar white skin and their carcasses were discovered in a conservation area in Kenya's north-eastern Garissa County, reported BBC. 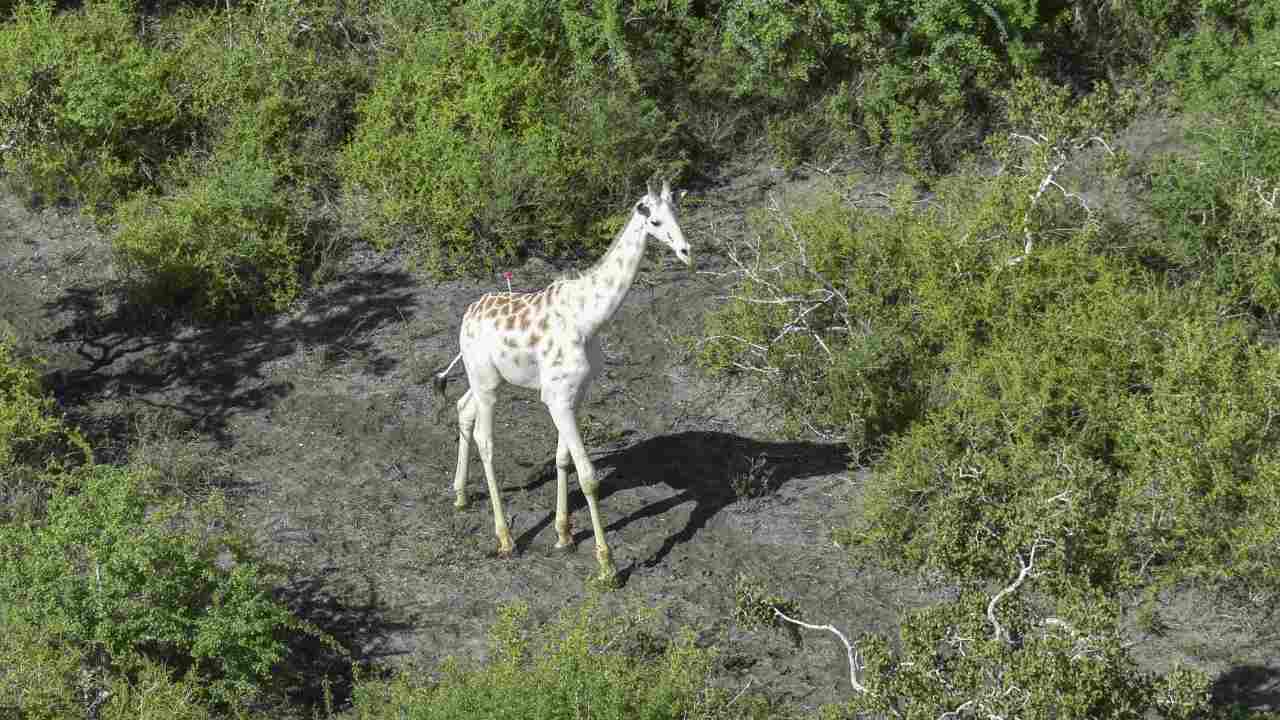 The world's last white giraffe has been fitted with a GPS tracking device. AP

"The giraffe's grazing range has been blessed with good rains in the recent past and the abundant vegetation bodes well for the future of the white male," Noor asserted.

CNN quoted Antony Wandera, senior wildlife monitoring officer at the NRT, as saying that their mission is to make communities resilient and secure their livelihood. He added that they also want to protect the unique wildlife, mentioning about the only known white giraffe.

People got to know about the white giraffe for the first time in 2017, when it was found along with its calf. Not long after, another calf was born. Tourists would visit the sanctuary where the family of three stayed, to see them. Giraffes are the world's tallest mammals, and they are found in more than 15 African countries.

Explained: The elections for Kenya's president and why this vote matters