What makes planets 'habitable' questioned, widening prospects of finding others

Earth's volcanoes are found at the border of tectonic plates, which scientists believed were necessary for life.

There may be more habitable planets in the universe than previously thought, according to a study.

Geoscientists at Pennsylvania State University, US suggest that plate tectonics — long assumed to be a requirement for suitable conditions for life — are in fact not necessary.

When searching for habitable planets or life on other planets, scientists look for biosignatures of atmospheric carbon dioxide.

On Earth, atmospheric carbon dioxide increases surface heat through the greenhouse effect, according to the research published in the journal Astrobiology.

"Volcanism releases gases into the atmosphere, and then through weathering, carbon dioxide is pulled from the atmosphere and sequestered into surface rocks and sediment," said Bradford Foley, Geoscience Professor at Penn State.

"Balancing those two processes keeps carbon dioxide at a certain level in the atmosphere, which is really important for whether the climate stays temperate and suitable for life," Foley added.

Most of Earth's volcanoes are found at the border of tectonic plates, which is one reason scientists believed they were necessary for life. Subduction, in which one plate is pushed deeper into the subsurface by a colliding plate, can also aid in carbon cycling by pushing carbon into the mantle. 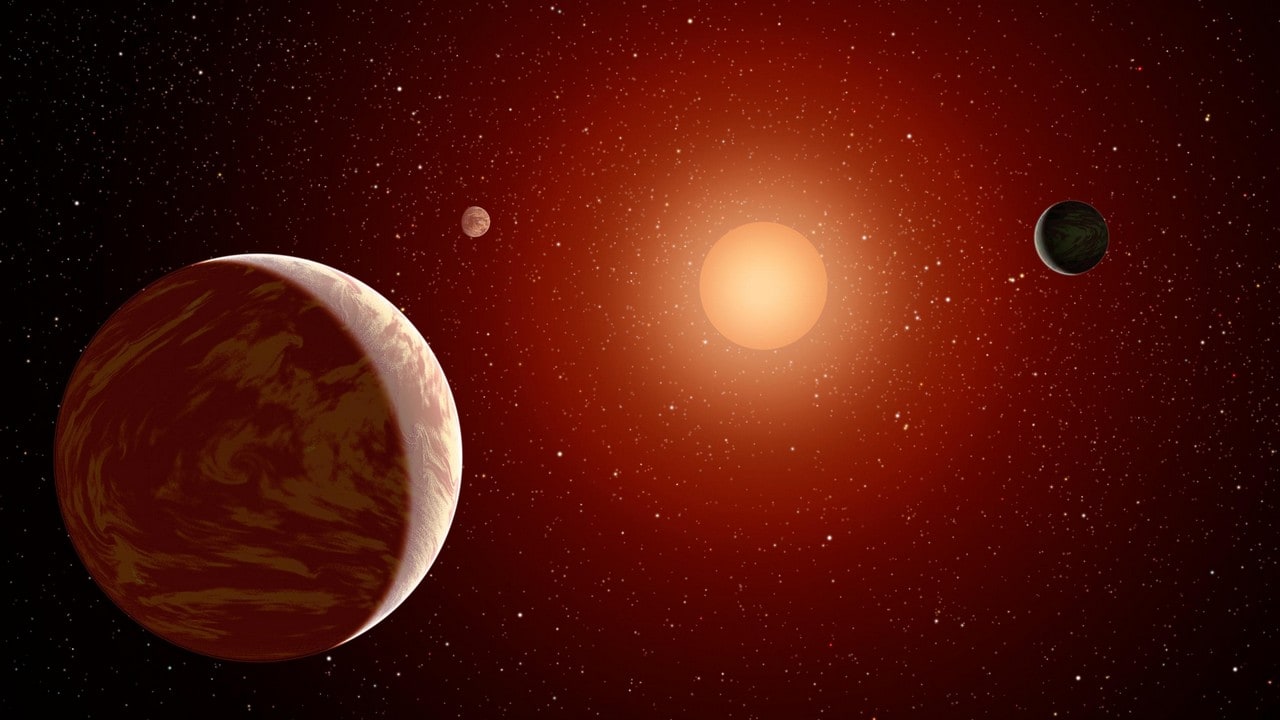 An artist's rendition of an exoplanet. Image Courtesy: NASA

On these planets, the crust is one giant, spherical plate floating on mantle, rather than separate pieces, they added. These are thought to be more widespread than planets with plate tectonics.

In fact, Earth is the only planet with confirmed tectonic plates.

Foley and Andrew Smye, an assistant professor at Penn State, created a computer model of the life-cycle of a planet.

They looked at how much heat its climate could retain based on its initial heat budget, or the amount of heat and heat-producing elements present when a planet forms. After running hundreds of simulations to vary a planet's size and chemical composition, the researchers found that stagnant lid planets can sustain conditions for liquid water for billions of years.

At the highest extreme, they could sustain life for up to four billion years, roughly Earth's life span to date, they said.

"There's a sweet spot range where a planet is releasing enough carbon dioxide to keep the planet from freezing over, but not so much that the weathering can't pull carbon dioxide out of the atmosphere and keep the climate temperate," he said.

According to the researchers' model, the presence and amount of heat-producing elements were far better indicators for a planet's potential to sustain life.