Research shows that if warming exceeds 2℃, major ice shelves would collapse, releasing ice, lifting the sea level by up to three metres by 2300.

Jules Verne sent his fictional submarine, the Nautilus, to the South Pole through a hidden ocean beneath a thick ice cap. Written 40 years before any explorer had reached the pole, his story was nevertheless only half fiction.

There are indeed hidden ocean cavities around Antarctica, and our latest research explores how the ocean circulates underneath the continent’s ice shelves - large floating extensions of the ice on land that rise and fall with the tides. 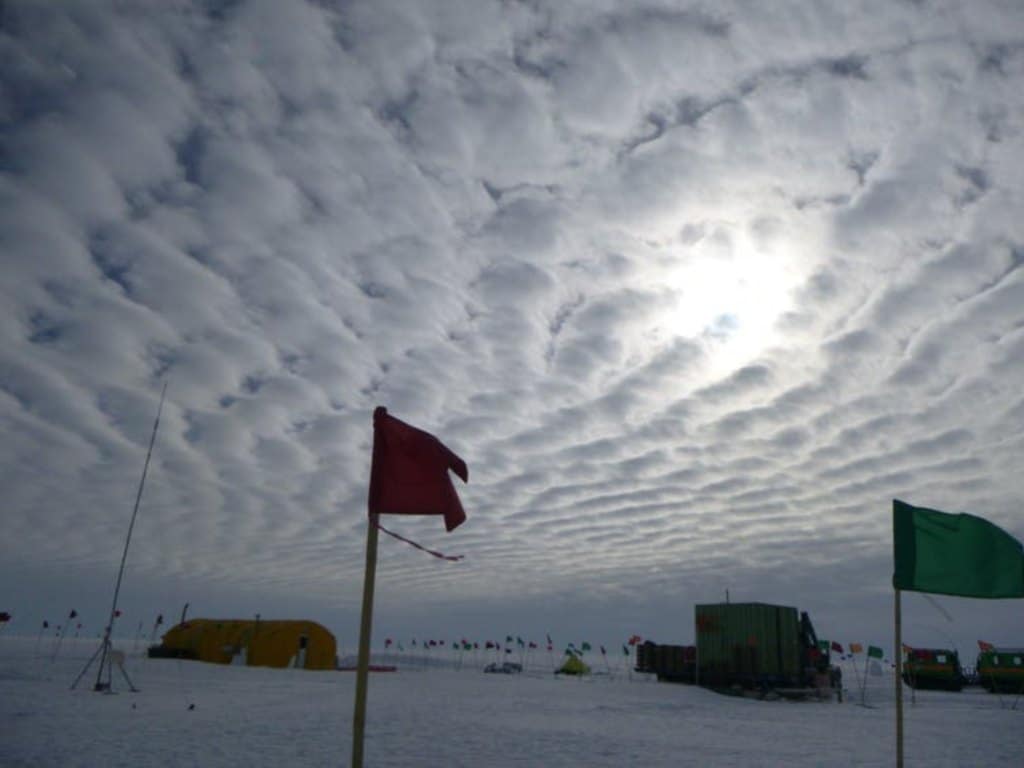 These ice shelves buttress the continent’s massive land-based ice cap and play an important role in the assessment of future sea-level rise. Our work sheds new light on how ocean currents contribute to melting in Antarctica, which is one of the largest uncertainties in climate model predictions.

The Ross Ice Shelf is the largest floating slab of ice on Earth, at 480,000 square kilometres. The ocean cavity it conceals extends 700km south from Antarctica’s coast and remains largely unexplored.

We know ice shelves mainly melt from below, washed by a warming ocean. But we have very little data available about how the water mixes underneath the ice. This is often overlooked in climate models, but our new measurements will help redress this.

The only other expedition to the ocean cavity underneath the central Ross Ice Shelf goes back to the 1970s and came back with intriguing results. Despite the limited technology of the time, it showed the ocean cavity was not a static bathtub. Instead, it found fine layering of water masses, with subtly different temperatures and salinities between the layers.

Other ocean studies have been conducted from the edges or from high above. They have provided insight into how the system works but to really understand it, we needed to take measurements directly from the ocean under hundreds of metres of ice. The team used a hot-water jet to drill through the ice to the ocean below. Craig Stevens, Author provided

In 2017, we used a hot-water jet, modelled on a British Antarctic Survey design, to drill through 350 metres of ice to the ocean below. We were able to keep the hole liquid long enough to make detailed ocean measurements as well as leave instruments behind to continue monitoring ocean currents and temperature. These data are still coming in via satellite.

We found the hidden ocean acts like a massive estuary with comparatively warm (2℃) seawater coming in at the seabed to cycle close to the surface in a combination of meltwater and sub-glacial freshwater squeezed out from the ice sheet and Antarctica’s hidden rocky foundation.

The hundreds of metres of ice isolate the ocean cavity from the furious winds and freezing air temperatures of Antarctica. But nothing stops the tides. Our data suggest tides push the stratified ocean back and forth past undulations on the underside of the ice and mix parts of the ocean cavity.

This sort of discovery is the ultimate challenge for climate science. How do we represent processes that work at daily scales in models that make projections over centuries? Our data show the daily changes can add up, so finding a solution matters.

For example, data collected outside the ocean cavity and computer models suggest that any given parcel of water spends one to six years making its way through the cavity. Our new data indicate the lower end of the range is more likely and that we should not be thinking in terms of one grand circuit anyway.

The Ross is not the ice shelf in most danger from warming oceans. But its sheer size and its relationship with the neighbouring Ross Sea means it is a vital cog in the planetary ocean system. The importance of these ice shelves for a sea-level rise over the next few centuries is very apparent. Research shows that if atmospheric warming exceeds 2℃, major Antarctic ice shelves would collapse and release ice flowing from the continent’s ice cap - lifting the sea level by up to 3 metres by 2300.

What is less well understood, but also potentially a massive agent for change, is the impact of meltwater on the global thermohaline circulation, an oceanic transport loop that sees the ocean cycle from the abyss off the coast of Antarctica to tropical surface waters every 1,000 years or so.

Antarctic ice shelves are like a pit stop in this loop and so what happens in Antarctica resonates globally. Faster melting ice shelves will change the ocean stratification, with repercussions for global ocean circulation - and one result of this appears to be greater climate variability.

Craig Stevens, Associate Professor in Ocean Physics, National Institute of Water and Atmospheric Research and Christina Hulbe, Professor and Dean of the School of Surveying (glaciology specialisation), University of Otago