The changes in women during this vital week of gestation, though, remain a mystery, scientists said.

Women's bodies undergo a "striking" change during a specific week of pregnancy that can significantly reduce their risk of developing breast cancer later in life, scientists said Tuesday.

Previous research has highlighted how women under the age of 30 can reduce their risk of contracting breast cancer later in life by having a baby.

But a new study by experts in Denmark and Norway claims to have identified the precise week of pregnancy when the change occurs.

"If you deliver a child at week 33 you get the child, which is great, but you don't get the bonus of having a lower risk of breast cancer for the rest of your life," Mads Melbye, from the University of Copenhagen's Department of Clinical Medicine and lead study author, told AFP.

A typical pregnancy lasts 40 weeks and a baby born before 37 weeks is considered premature.

Melbye and his team studied a huge database of nearly four million women in Denmark and Norway stretching back almost 40 years.

It listed the age at which each of them gave birth, how far into a pregnancy each birth occurred and whether or not they contracted breast cancer later in life.

They found that women who gave birth after 34 weeks had an average 13.6 percent lower risk of developing breast cancer compared to women who had no children.

For pregnancies that ended a week earlier, the reduction in risk — while still there — was only 2.4 percent. 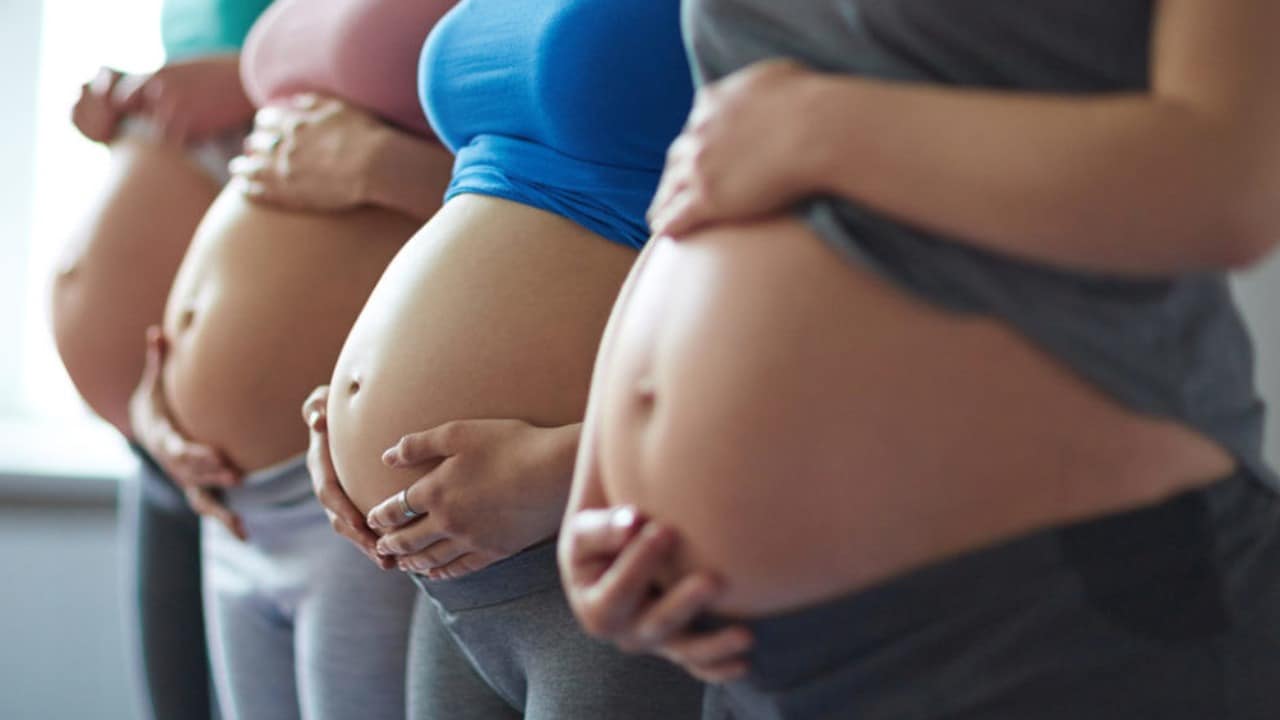 Melbye said what changes in women during this vital week of gestation remains a mystery.

"We don't know what that is, but knowing that you have to get to this point of the pregnancy makes it much easier for researchers to focus because we have to know what happens around that week to understand this," he said.

He said it may be possible a woman's body sends a signal after 34 weeks of pregnancy to boost immunity against environmental causes of breast cancer.

"To the best of our knowledge it must have something to do with a specific biological effect that the cells reach at 34 weeks."

The link between pregnancy and breast cancer risk reduction is well known among medical researchers, who have suggested breast cells fundamentally alter their composition when a woman first falls pregnant and they prepare to produce milk.

But Melbye and his team found that a second or third pregnancy of at least 34 weeks reduced the risk of breast cancer even further.

This held true even in women who experienced stillbirths after 34 weeks, meaning the change is unlikely to be linked to breastfeeding.

Authors of the study, published in the journal Nature Communications, said it would allow scientists to better probe the link between pregnancy and breast cancer risk by focusing on a narrow window during which the "striking" change occurs.

Although the reduction of risk is dramatic, there's a catch: researchers found that the additional protection against breast cancer only comes in women under 30.

"It's not only the first childbirth; every childbirth has its own reduction in breast cancer risk but there's a trick to this: You have to have your kids before you turn 29," said Melbye.

"Because after that age there's no extra bonus in breast cancer risk (reduction)."