When both the exhaling and inhaling heads were double-masked, more than 95 percent of the particles were blocked.

US government researchers found that two masks are better than one in slowing coronavirus spread, but health officials stopped short of recommending that everyone double up. The Centers for Disease Control and Prevention on Wednesday reported the results of a lab experiment that spaced two artificial heads 6 feet from each other and checked to see how many coronavirus-sized particles spewed by one were inhaled by the other. The researchers found that wearing one mask — surgical or cloth — blocked around 40 percent of the particles coming toward the head that was breathing in. When a cloth mask was worn on top of a surgical mask, about 80% were blocked. 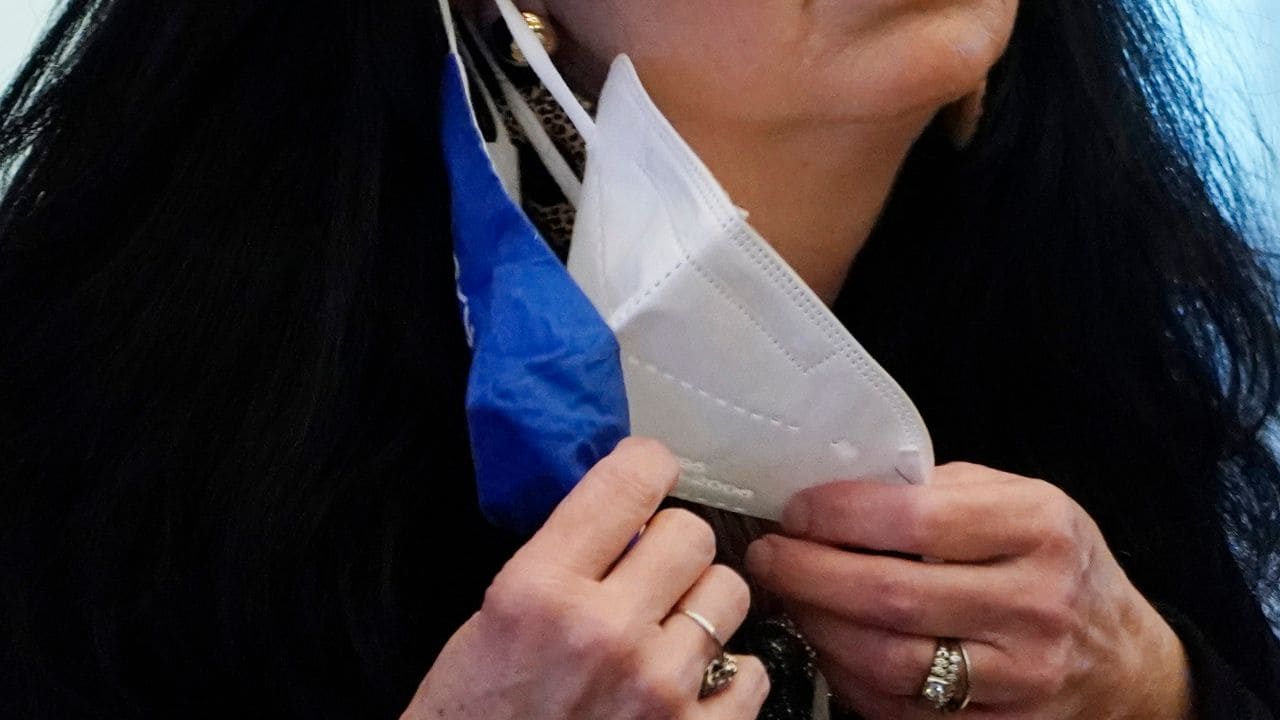 Sen. Angela Hill, R-Picayune, adjusts her face masks while asking a question as lawmakers discuss and debate bills in their chamber at the Capitol in Jackson, Miss., Thursday, Feb. 4, 2021. (AP Photo/Rogelio V. Solis)

When both the exhaling and inhaling heads were double-masked, more than 95 percent of the particles were blocked, said the CDC’s, Dr John Brooks.

Still, for now, health authorities acknowledge they have their hands full just trying to get more people to wear one mask and wear it correctly.

“The first challenge is to get as many as people as possible masking. And then for those that do mask, to help them get the best benefit out of that mask,” Brooks said.

Brooks said agency officials heard about people donning two masks and wanted to evaluate whether it was beneficial.

The study had many limitations: The researchers used one brand of surgical mask and one kind of cloth mask, and it’s not clear if results would be the same with every product. But it echoes some earlier research that suggests two masks are better than one.

The CDC updated its guidance, saying people can wear a cloth mask on top of a disposable surgical mask “for better fit and extra protection.” If done correctly, the combination can tighten the gaps around the mask’s edges that can let virus particles in, the CDC said.

The agency also said it will take down a make-your-own mask page, which went up last year when masks were in short supply and the CDC was encouraging people to take steps to interrupt viral transmission.

Some Americans have already started doubling up. Experts believe that’s at least partly out of concern about new strains of coronavirus that have been found to spread more easily than the one that has driven the U.S. epidemic for the past year

CDC guidance has evolved over the course of the epidemic.

Mask-wearing has long been common in some countries during respiratory outbreaks, especially in parts of Asia, but not in the United States.

When the COVID-19 crisis began and masks disappeared from store shelves, US health officials actively discouraged the general public from wearing them. “Seriously people - STOP BUYING MASKS!” then-Surgeon General Jerome Adams wrote in a tweet almost a year ago.

Two months later, after it became clear that infected people who did not exhibit symptoms could spread the virus, the CDC began recommending people wear masks in public.

Mask-wearing increased and some places enforced mask mandates, but many Americans continue not to wear them. A recent University of California survey suggested that only about half of U.S. adults wear masks when in close contact with people outside their household.

Discussions about double-masking and higher-quality masks are important, said Dr. Isaac Bogoch, an infectious diseases scientist at the University of Toronto.

“But if a significant proportion of your populations isn’t wearing a mask in the first place, then you’re having the wrong conversation,” he added.