We came together for Notre-Dame, we can do the same for the world: Greta Thunberg

Thunberg calls for the world to act like their houses were ablaze, repair it with the urgency it demands.

"Yesterday, the world watched with despair and enormous sorrow how the Notre Dame burned in Paris...some buildings are more than just buildings", said sixteen-year-old climate activist Greta Thunberg to the European Parliament. "I hope it has strong foundations and I hope we have strong foundations, but I’m not so sure."

She went on to urge all the leaders in the room, along with everyone else watching the broadcast, to see the overarching message in how the burning cathedral was dealt with. Acting to save the planet should be done the same way, according to Thunberg, by pledging to rebuild our "burning" planet like people did to rebuild the burnt Notre-Dame cathedral.

16-year-old #climatechange activist Greta Thunberg wants the world to come together to save the planet as we did for #NotreDame .

"I have read that some parties do not want me standing here because they so desperately do not want to talk about climate breakdown."

The cathedral needed a massive rescue effort — 400 firemen were needed to tame the inferno in the eight-century-old-cathedral. From around the world, over 700 million euros has poured in in donations to have the monument restored. Notre Dame will be rebuilt despite the extent of the damage. And the planet, too, can be coaxed to recover from all the environmental issues she is plagued with if a similar, urgent effort is undertaken, believes Thunberg.

By 2030, we will be in a position where we set off an irreversible chain reaction that could lead to the end of mankind, as well as much of the species that exist today. In the ten years between then and now, we will need permanent and unprecedented changes in every aspect of life to factor in climate change. Cutting emissions by at least 50 percent is only the beginning. Animals and plants are being lost at an alarming rate, 10,000 times above what's considered normal, and put a stop to the rapid extinctions, erosion of fertile soil, deforestation, toxic air pollution and wildlife, ocean acidification, and disastrous trends like it that we're witnessing today, an emotional Thunberg appealed to the EU parliament.

"I want you to panic...I want you to act as if your house was on fire," Thunberg said. "A lot of politicians have told me that panicking does not do any good, and I agree. But when your house is on fire and you want to keep your house from burning to the ground, then that does require some level of panic." 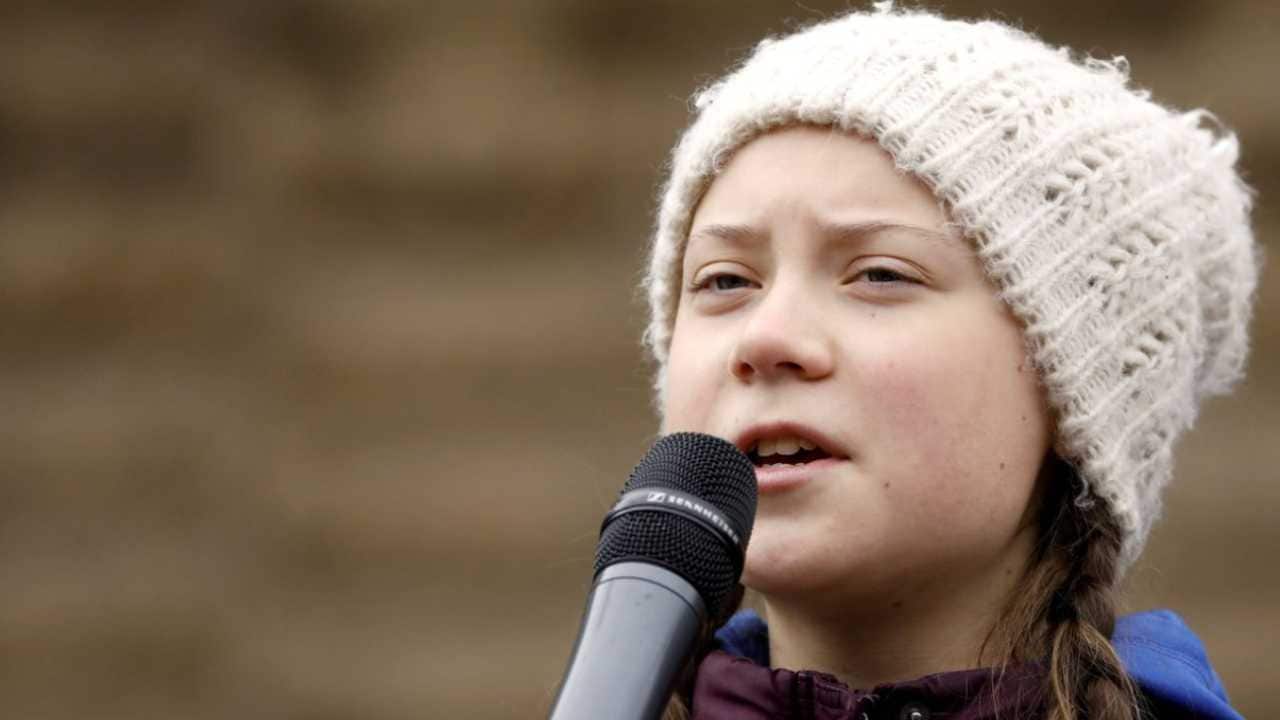 At age 15, she kickstarted a global movement among teenagers by skipping school and sitting outside the Swedish parliament in protest of inaction towards tackling climate change. Riding her bicycle to parliament last August, taking up a place on the cobblestones in front of Stockholm’s Parliament House with her “school strike for climate" hand-painted sign. The media documented her protest, and ever since, she's become one of the world's foremost voice on climate change.

Just weeks ago, a trio of Norwegian lawmakers nominated Thunberg for the Nobel Peace Prize.