This study marks the first time scientists have been able to film the process of bonds forming and breaking in real-time.

Atoms make up everything in the physical world, and yet, it's been only possible to see images and theories about how atoms really look. If they didn't build bonds and connect to each another, nothing we know of in the universe would exist — be it the Sun, our planet or the 8 billion+ forms of life that inhabit it.

All matter in the known universe depends on a single chemical process of atoms bonding to form compounds, and breaking bonds in energetic chemical reactions. For the first time, scientists have managed to capture atoms in the act of forming and breaking bonds, using transmission electron microscopy (TEM). In TEM imaging, a high-energy beam of electrons is used to visualize a surface and create an impression of it digitally. It is one of the most precise and high-resolution microscopy techniques available to the scientific community, with the capability to resolve objects under a nanometre in size.

The 18-second clip features a pair of rhenium atoms (Re) bobbing around individually in hollow carbon cylinders. These microscopic carbon cylinders have diameters that are in the molecular scale — between 1-2 nanometres — which were used in the study as a transparent, miniature test tube to look at how the atoms interact.

Chemical bonds work at a very small scale — half a million times smaller than the width of a human hair, according to the researchers. The international team of researchers that captured this incredibly tiny (sub-nanometer-scale) interaction, started by energizing a group of atoms. The method and video are detailed in the journal Science Advances. This is the first time ever that scientists have been able to film the process in real-time, according to the paper.

"It was surprisingly clear how the two atoms move in pairs, clearly indicating a bond between them," Kecheng Cao, an author of the study, said in a statement. "Importantly, as Re2 moves down the nanotube, the bond length changes, indicating that the bond becomes stronger or weaker depending on the environment around the atoms." 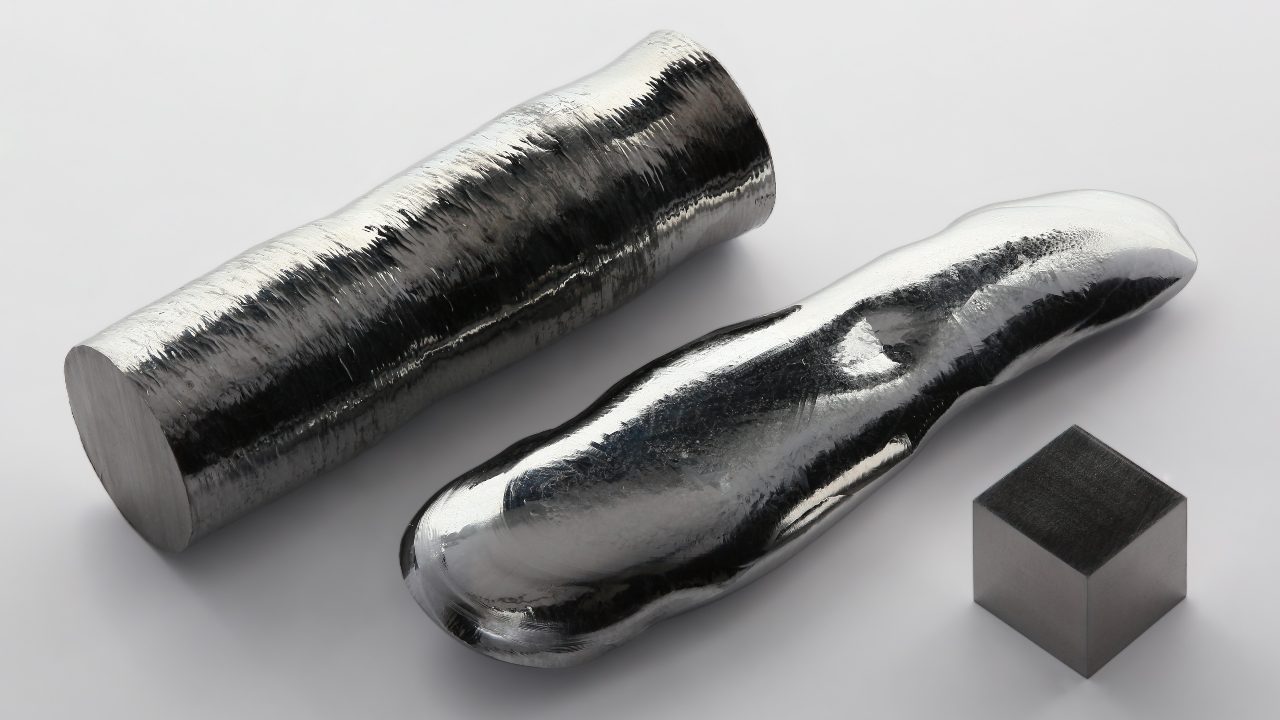 A crystal, bar and a cube of the ultra-rare transition metal Rhenium. Image: Wikimedia Commons

The choice of atom (a heavy, ultra-rare metal called rhenium, atomic number 75) allows for an 'intermetallic bond' to form. They can be seen bobbing closer together till they abruptly merge into one dirhenium molecule (Re2). The molecule soon starts to distort, and the atoms move around before the bond is broken, only to reform again seconds later. The bond between the atoms changes with changes in their environment around them — the bond weakens as atoms move up or down the nanotube in a pair, the study says.

Ultimately, the atoms seem to be stable as a pair. This works nicely for rhenium, but certainly for you and me and all the other matter in the universe. Wouldn't you say?