If successful, Virgin Galactic would be a major step toward the dream of commercial space tourism.

Richard Branson’s Virgin Galactic is gearing up to finally send its tourism rocket ship to the edge of space.

If successful, it would be a major step toward the long-delayed dream of commercial space tourism.

The next test flight could come as early as 13 December with two pilots taking Virgin Space Ship Unity high above California’s Mojave Desert.

CEO George Whitesides said 12 December they will try to exceed an altitude of 50 miles (80.4 kilometers), which Virgin Galactic considers the boundary of space. Whiteside said that’s the standard used by the US Air Force and other US agencies. 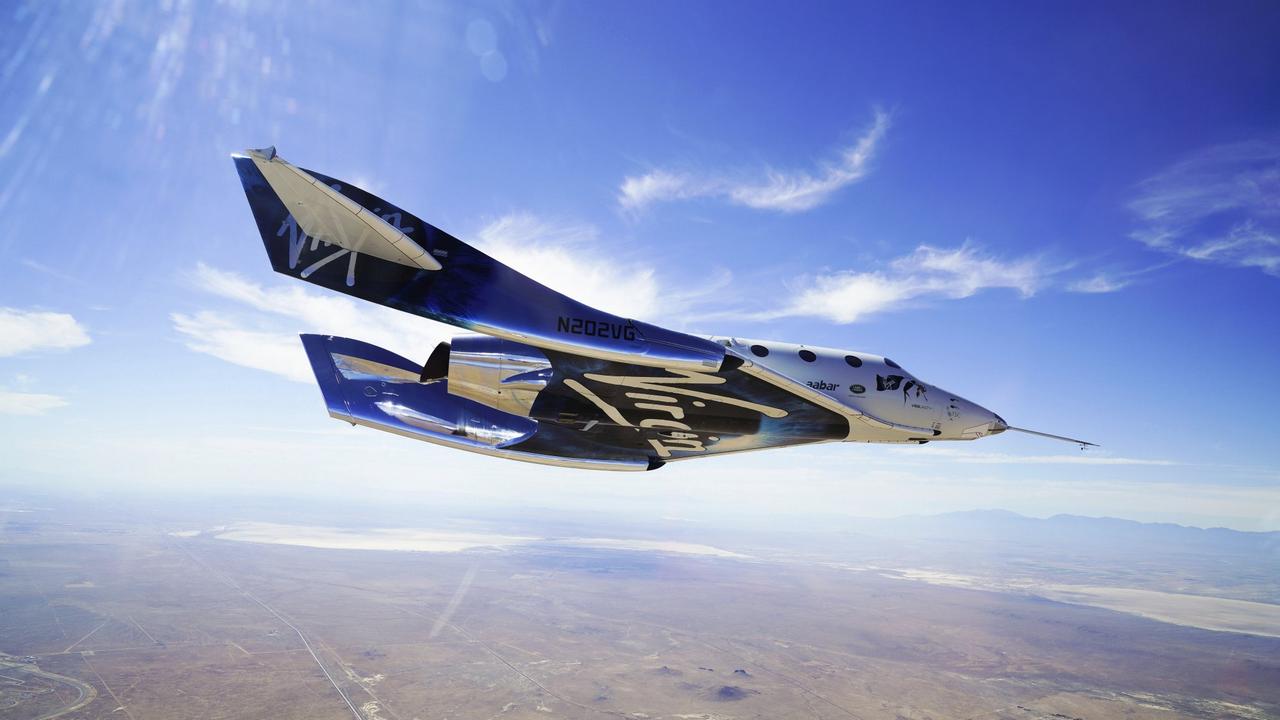 That differs from a long-held view that places the boundary at 62 miles (99.8 kilometers.) But Whiteside cited new research that favors the lower altitude and said that as a US company it will use the US standard.

Reaching the threshold of space would demonstrate significant progress toward the start of commercial flights that were promised more than a decade ago. Virgin Galactic’s development of its spaceship took far longer than expected and endured a setback when the first experimental craft broke apart during a 2014 test flight, killing the co-pilot.

“It’s a day that we’ve been waiting for for a long time,” Whitesides said.

More than 600 people have committed up to $250,000 for rides in the six-passenger rocket, which is about the size of an executive jet. They have been waiting years to feel the kick of the rocket’s ignition, a near-vertical high-speed ascent into the blackness of space and several minutes of weightlessness with a view of the Earth far below.

The spaceship isn’t launched from the ground but is carried beneath a special plane to an altitude around 50,000 feet (15,240 meters). It then detaches from the plane, ignites its rocket engine and climbs. The rocket is shut down and the craft coasts to the top of its climb — and then begins a descent slowed and stabilized by unique “feathering” technology. The twin tails temporarily rotate upward to increase drag, then return to a normal flying configuration before the craft glides to a landing on a runway. 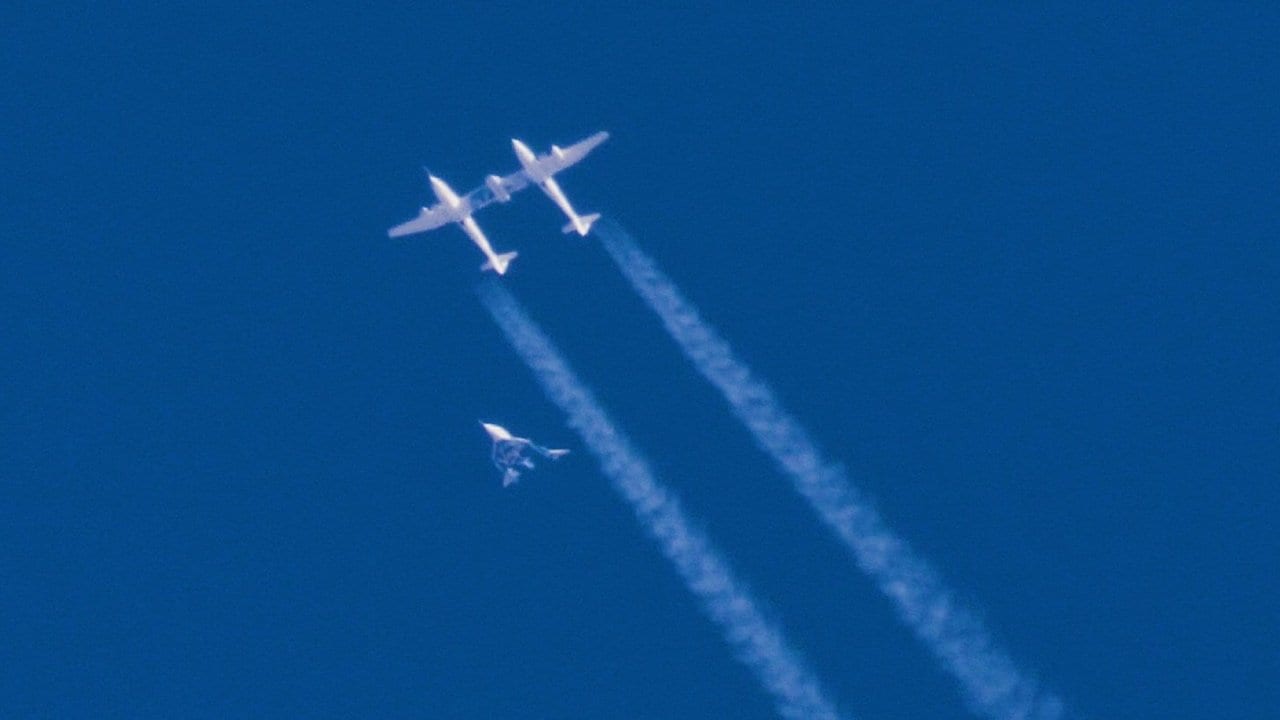 The VSS Unity is released from the WhiteKnightTwo aircraft during a gliding test for SpaceShipTwo near Mojave. Image: AP

The endeavor began in 2004 when Branson announced the founding of Virgin Galactic in the heady days after the flights of SpaceShipOne, the first privately financed manned spacecraft that made three flights into space. Branson’s goal: Open up space travel to more and more people.

Funded by the late billionaire Paul G Allen and created by maverick aerospace designer Burt Rutan, SpaceShipOne won the $10 million Ansari X Prize. The prize was created to kick-start private development of rocket ships that would make spaceflight available to the public.

Branson isn’t alone in the space tourism business: Jeff Bezos’ Blue Origin is planning to take space tourists on suborbital trips, using the more traditional method of a capsule atop a rocket that blasts off from a launch pad. SpaceX’s Elon Musk recently announced plans to take a wealthy Japanese entrepreneur and his friends on a trip around the moon.

When Branson licensed the SpaceShipOne technology, he envisioned a fleet carrying paying passengers by 2007, launching them from a facility in southern New Mexico called Spaceport America.

But there were significant setbacks. Three technicians were killed in 2007 by an explosion while testing a propellant system at Scaled Composites LLC, which built SpaceShipOne and was building the first SpaceShipTwo for Virgin Galactic.

Then, in 2014, SpaceShipTwo broke apart during a test flight by Scaled Composites when the co-pilot prematurely unlocked the “feathering” system and it began to deploy. The co-pilot was killed but the injured pilot managed to survive a fall from high altitude with a parachute.