Vietnamese deer, thought to be extinct, spotted in the wild for the first time in 30 years

Researchers joined hands with villagers and set up 30 cameras to get images of the rare deer.

A very rare species of small, deer-like animal thought to be on the verge of extinction has been spotted in the northwestern jungle of Vietnam for the first time in nearly 30 years.

Known as the Silver-backed Chevrotain or Mouse deer, a specimen was last recorded in 1990, according to a study published Monday in the journal Nature Ecology and Evolution.

The species, Tragulus Versicolor, was first described in 1910 based on several animals found near Nha Trang, about 450 kilometres northeast of Ho Chi Minh City.

With no confirmed sightings since 1990, experts assumed the species must have been pushed to the brink of extinction by hunting. 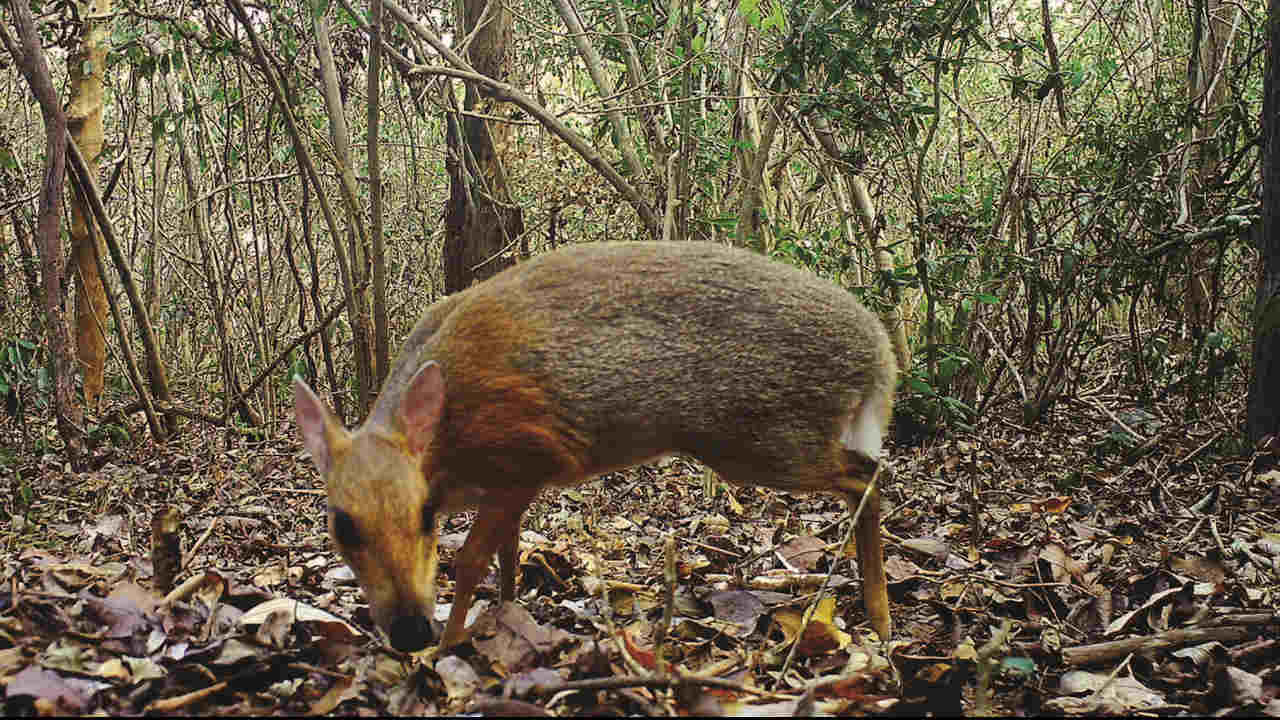 However Vietnamese biologist An Nguyen, who works with Global Wildlife Conservation and is a PhD student at the Leibnitze Institute for Zoo and Wildlife Research, had been wondering for years whether the Silver-backed Chevrotain might still be holding on somewhere.

Working with colleagues Barney Long and Andrew Tilker, the experts got together with local villagers to sift through reported sightings.

Some were consistent enough with the Silver-backed Chevrotain to justify putting up more than 30 motion-activated cameras in nearby forested habitats.

"The results were amazing. I was overjoyed when we checked the camera traps and saw photographs of a chevrotain with silver flanks," said Nguyen.

Tilker cautioned in a blog post however that "just because we found this species relatively easily doesn't mean it is not threatened".

Forests in southeast Asia are under tremendous pressure from growing populations and development "so we need to get ahead of the curve" on conservation, Tilker added.

In May, a United Nations body of biodiversity experts, known as IPBES, issued a landmark report warning that up to one million species face the risk of extinction due to humanity's impact on the planet.