Venus could still have active volcanoes on it, with recent eruptions taking place a few years ago, experts say.

Venus could still have active volcanoes on it, with its most recent eruptions taking place a few years ago, according to a new study.

So far, astronomers agree that Jupiter's moon Io is the only known place apart from Earth known to host active volcanoes that spew lava. The Earth's moon and Mars are both thought to have once had volcanoes on their surface, which died out many millions of years ago.

Going by the levels of trace sulfurous gases in its atmosphere, scientists think Venus could still harbor active volcanoes. Scientists reviewed data from the European Space Agency's Venus Express probe, suggesting that some of the lava flows is as recent as 2.5 million years old, and potentially less than 2,50,000 years old. Some data collected by the Venus orbiter in 2010 points to unusually-high emissions of visible to near-infrared light at multiple sites on the planet. When these emissions are high, it suggests that new surfaces on Venus have experienced weathering from the hot, caustic atmosphere of Venus.

The exact ages of these lava flows, however, researchers are still uncertain about, because a lot is still unknown about how quickly volcanic rocks alters in response to the harsh atmosphere of Venus, and how these changes affect the emissions of visible to near-infrared light.

Scientists used crystals of a green mineral commonly found in volcanic rock, called olivine, to put their theory to test. Watching for how these crystals altered when exposed to conditions like those on the surface of Venus, researchers placed the olivine in a furnace with Earth air heated to 1,650 degrees F (900 degrees C) for up to a month. The olivine was coated in days with red-black mineral hematite. 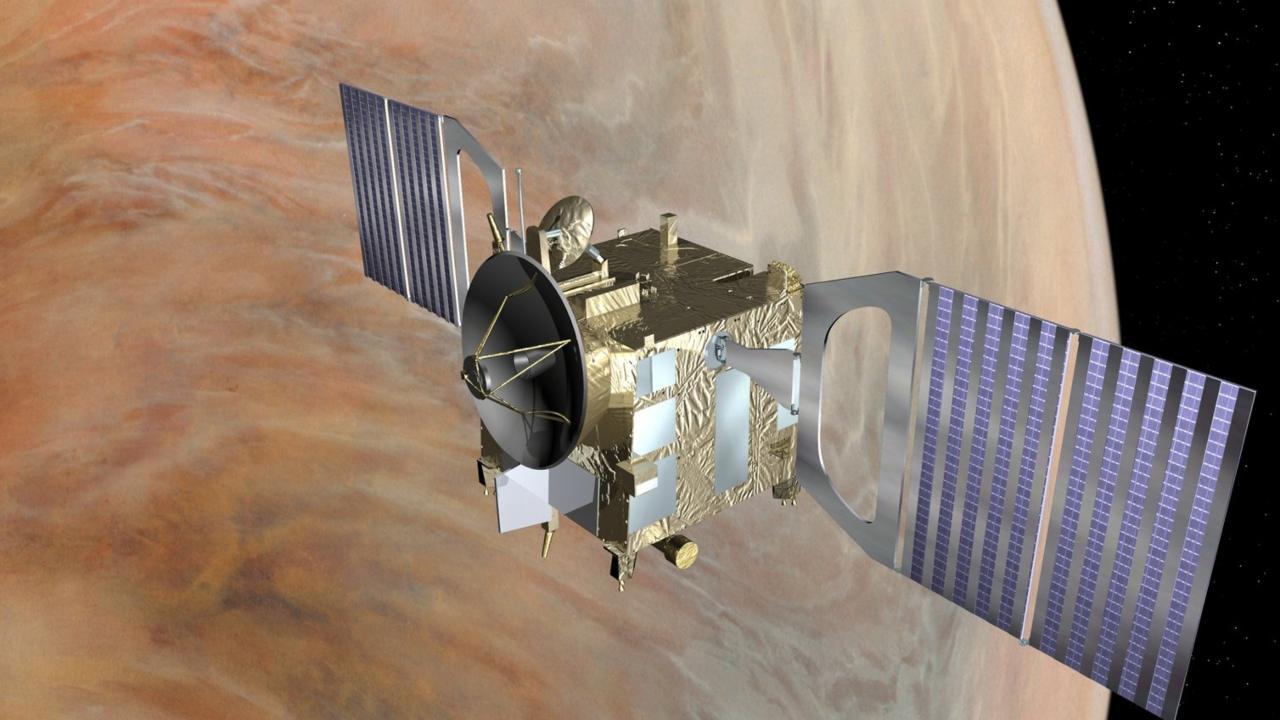 The ESA's Venus Express probe suggested that some of the lava flows on Venus are less than 2.5 million years old, and possibly even less than 2,50,000 years old. Image: ESA

Venus Express circled the planet between 2006 to 2014, during which time it reportedly detected signatures of olivine from orbit, suggesting that the olivine came from recent volcanic eruptions. It is was from a much older eruption, reacting with Venus' atmosphere will have made it obscure.

"This is the first time we may have seen active volcanism on another planet," Justin Filiberto, study lead author and planetary scientist at the Universities Space Research Association's Lunar and Planetary Institute in Houston, told Space.com. The scientists have explained and elaborated their finding in the journal Science Advances.