Universe might end in a blast with the death of several black dwarfs, finds a new study

Black dwarfs are white dwarfs that have cooled down to the temperature of the “cosmic microwave background”, and become invisible.

The universe is going to cease to exist one day, in the far future, when all the energy in the stars have burned out. But the last event before this might be several black dwarfs dying with supernovae or massive blasts, said a new study.

Black dwarfs are basically white dwarfs that have cooled down to the temperature of the “cosmic microwave background”, and hence become invisible. The general idea surrounding the dwarfs is that these keep cooling down slowly till it completely runs out of fuel. 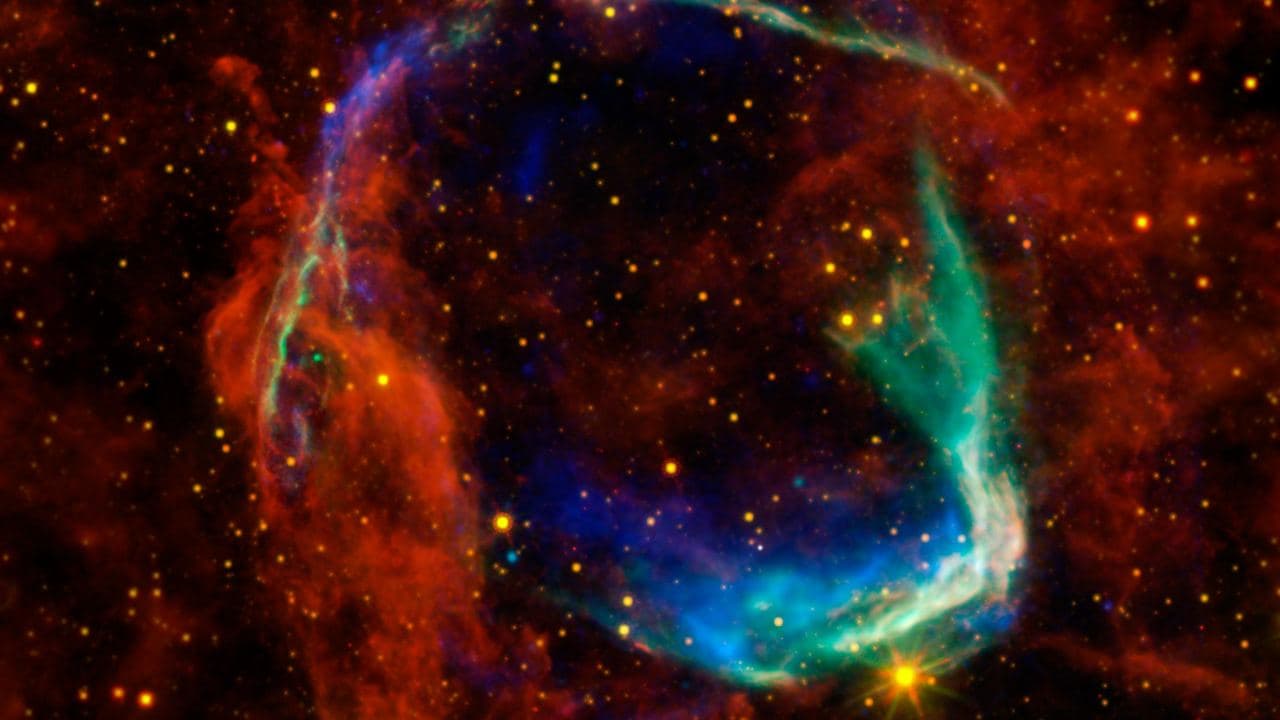 This image combines data from four different space telescopes to create a multi-wavelength view of all that remains of the oldest documented example of a supernova, called RCW 86. Image credit: NASA

However, the recent study shows that these stars can continue to undergo nuclear fusion at a “mind-bogglingly slow rate”, which ultimately leads to the huge blasts, reported National Geographic.

According to the study, now accepted to be published in the journal Monthly Notices of the Royal Astronomical Society, these dwarfs would be one of the last components of the universe to exist before its end. Hence the supernovae events have been calculated by Matthew Caplan, author of the paper, to take place sometime after 10 to the power 1100 years, a number so huge that it does not have a name.

Caplan, who is an astrophysicist at Illinois State University, said the time frame is massive, yet the “core-collaps[ing] supernova” very well might be the “last interesting astrophysical transients to occur prior to heat death”. Heat death is the death of difference between all kinds of heat. Or, once the universe reaches heat death, “everything everywhere will be the same temperature”. This will come after every star has died in the universe and all the energy left keeps thinning out due to the continuous expansion of the universe. This is one of the most plausible ways hypothesized about the end of the universe.