In the future, vaccines will be inhaled, there is a possibility that they will be administered topically as well.

Immunization is the process of making a person immune or resistant against an infectious disease by administering a vaccine (either oral or injectable). Vaccines then help the body to develop a defence mechanism against the infectious diseases and if the person is exposed to the infection, it is then strong enough to fight it.

It is one of the most effective tools for controlling and eliminating various life-threatening infectious diseases and is a cost-effective health investment. According to a recent analysis, an investment of $34 billion made in conducting the immunization program with 10 vaccines for 94 low and middle-income countries resulted in curbing the ‘cost of illness’ worth $586 billion. Immunization has been successful in averting almost 2.5 million deaths in children below the age of 5 every year. Disease like smallpox that caused a lot of deaths across the globe, is now completely eradicated through effective vaccination. 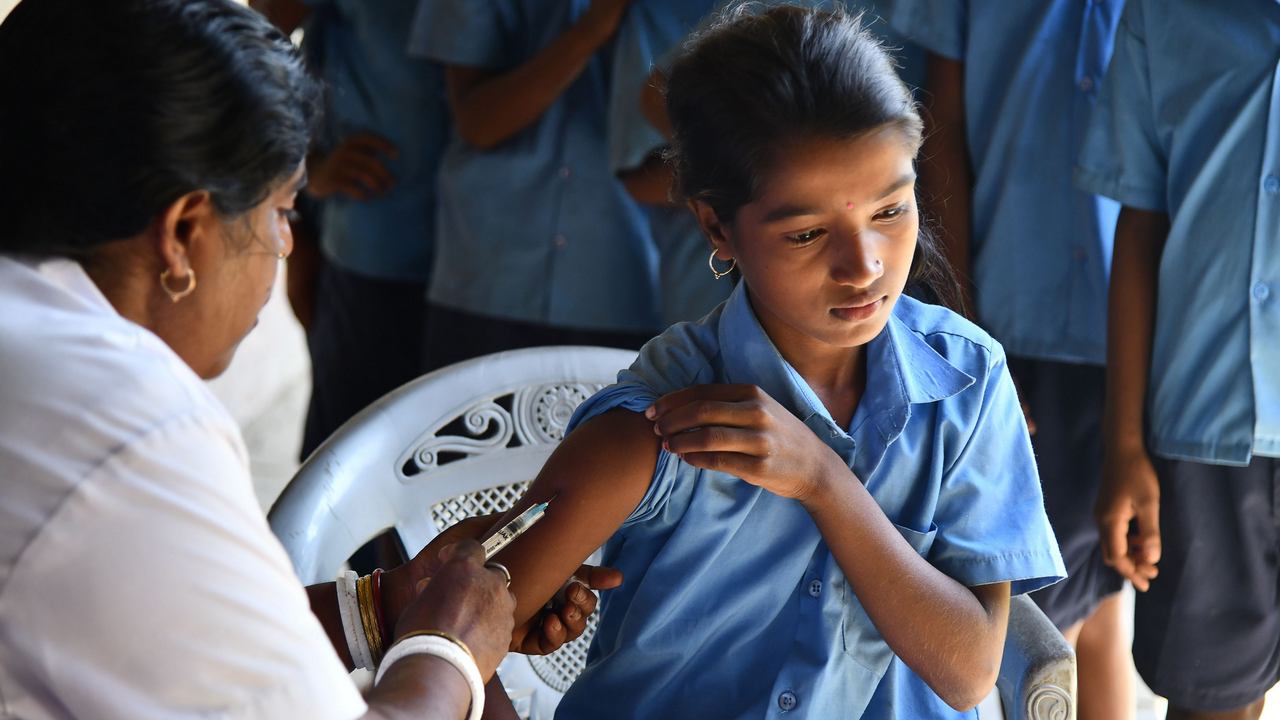 A health worker injects a measles and rubella (MR) vaccine to a student at a government school in Assam state. Image credit: Getty Images

But how did the practice of immunization come into existence? How did it become a universal tool for fighting debilitating diseases?

Since their rudimentary introduction in the late 18th century, vaccines have transformed the way in which modern medicine is practised. Humankind has benefited from them for more than two centuries, but the path of discovering these vaccinations was not easy and required contributions from many pioneers and clinicians.

The first successful vaccine was introduced by Edward Jenner in the year 1796. This vaccine was simply discovered due to the observation that milkmaids who had previously caught cowpox did not suffer from smallpox.  After some years,  Louis Pasteur revolutionized the work in infectious diseases by discovering the first live attenuated vaccine for cholera in chicken. And all that happened was, his assistant forgetting to inject the chickens with the disease-causing bacteria.

Long before the discovery of the first smallpox vaccine, practices of variolation or inoculation was popular in China, Sudan and in some European countries as well. Inoculation was a process of exposing a healthy individual to material from a diseased individual in small quantities, which in more cases than not resulted in the healthy individual having a milder form of the disease and subsequently becoming resistant to the disease. One may wonder, then, about the difference between inoculation and vaccination. The difference is that many individuals died after inoculation and almost everyone who received it became a carrier of the disease. That changed with the advent of vaccination. In the 1790s, Edward Jenner inoculated a 13-year-old boy with pus from a victim of cowpox, which is a much milder disease than smallpox, and after a few months, he demonstrated that the boy had developed immunity to smallpox, a much deadlier disease. He followed this up with many more patients and published the report, subsequent to which the smallpox vaccination by arm-to-arm inoculation started. Edward Jenner is regarded as the man who has saved most human lives in the world.

Later, it was Louis Pasteur whose contributions to immunology took vaccinations forward. His germ theory of disease revolutionized the world of microbial science. His discovery of chicken cholera vaccine proved to be the discovery that revolutionized the world of immunology. This was the first live attenuated vaccine, meaning the vaccine resulted in a milder form of the disease but gave immunity to the more serious one.  He went on to develop a vaccine for anthrax and rabies.

Pasteur’s work on live attenuated vaccines has found a permanent place in the world of modern medicines as they are still being used in preventing diseases such as measles, mumps, rubella, chickenpox and some types of influenza. A child is being vaccinated Image credit: Wikipedia/Wellcome Library, London.

In the 20th century, new vaccines were introduced in health programs which included vaccines that protect against diphtheria (1926), pertussis (1914), and tetanus (1938). These three vaccines were combined in 1948 and given as the DTP vaccine. Then the polio vaccine was licensed in 1955. The list has now expanded to vaccines against more than 25 illnesses, as mentioned by the WHO.

Impact of Immunization in India

India started the EPI in 1978 and has come a long way in reducing its disease burden of VPDs (Vaccine-Preventable Diseases). Trends in various diseases such as – Diphtheria, Tetanus, Polio, Measles, and Pertussis have shown a remarkable improvement. While Polio has been completely eradicated, the occurrence of other diseases has also reduced. In 2010, reported cases of Pertussis (Whooping Cough) were roughly around 40,000 as opposed to 320,000 cases reported in 1980. Incidence of Measles also dropped significantly from 130,000 cases reported in 1980 to approximately 38,000 cases in 2010.

Immunization still faces many challenges both in developing and developed countries. Challenges such as – enhancing the uptake of current vaccinations in poorer nations and fighting the ill-informed and evidence poor propaganda against vaccines in the developed world are some of the challenges in the way of achieving the goal of global immunization.

The Next Generation of Vaccines

Envisaging the next-generation vaccines remains an alchemist’s dream. Vaccines for the following diseases are currently being tried out: HIV, malaria, tuberculosis, Respiratory Syncytial Virus (RSV), Enterotoxigenic E. Coli (ETEC), Shigella and Norovirus. According to WHO, 240 vaccines are in the pipeline for 25 infectious diseases. A transdermal patch that delivers the medication is applied to the skin. Image credit: Wikipedia/British Columbia Institute of Technology

It’s been over 200 years since vaccination came into existence and a lot of development has taken place since then. We are hoping that in the coming decade some of the above-mentioned vaccines will get launched and turn the goal of global immunization into a reality.

When someone thinks of vaccination, they probably think of a doctor or a nurse administering a shot. But the methods by which vaccines are administered today will surely change. There will be more vaccines that will be simply inhaled or there is a possibility that vaccines will be administered topically as well. Researchers are also working upon forming vaccinations that do not require a temperature-controlled environment for storage. So we can easily conclude that the future of immunization surely depends upon the success of ongoing medical research.

Dr Binita Priyambada is a Senior Consultant with the Medical Team at Docprime.com

From bitter gourd to ginger; here are some food items to increase immunity during monsoons

Some yoga asanas that can help boost your immunity