The groups are located about 380 million light-years from Earth and will form a cluster after the merger.

The Chandra telescope is witnessing two galaxy groups on a collision course and are merging with each other, at a speed of around six million kms per hour. It promises to be violent and spectacular and the stuff those sci-fi movies are made up of.

A galaxy is made up of dust, gas, stars and their solar systems, dark matter, black holes and other cosmic remnants. Galaxies do not live in isolation and are bound together with other galaxies, in groups or clusters, because of gravity.

A galaxy group are few galaxies situated relatively close together, around a few million light years away, in a certain part of space. A galaxy cluster is made up of hundreds of galaxies, existing in a certain region of space, making a much denser group. 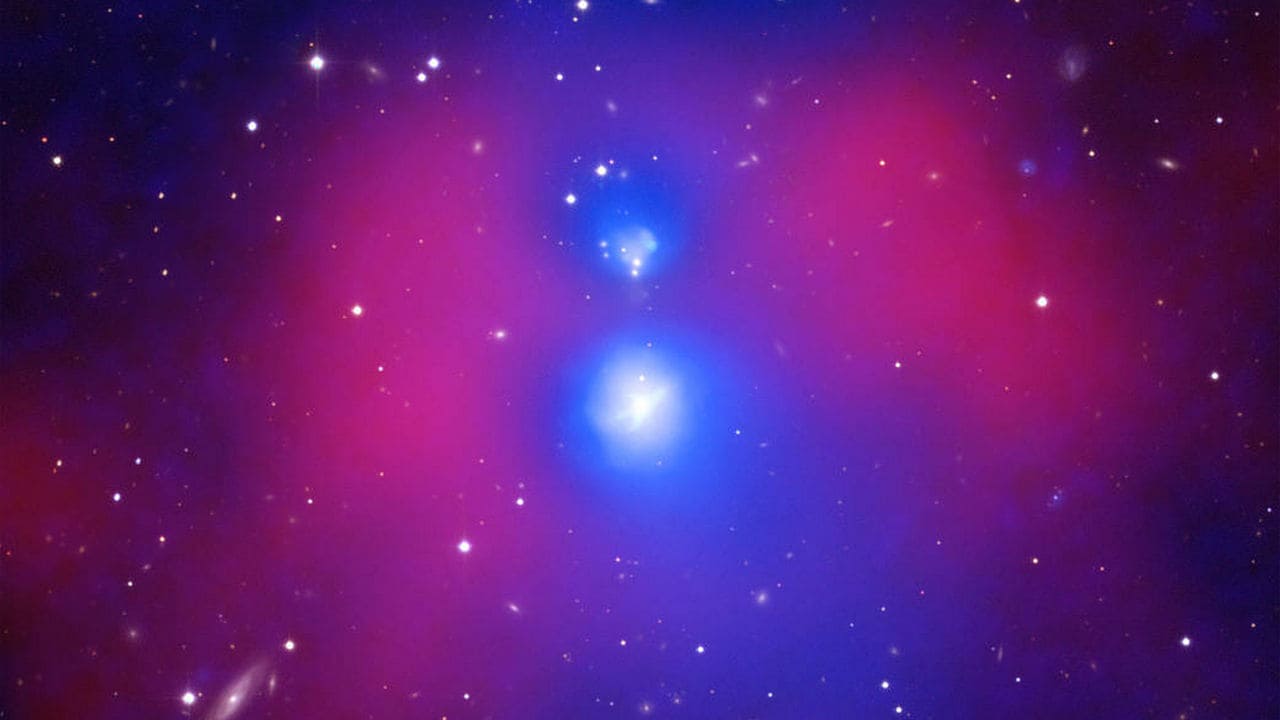 The two galaxy groups that are on the path to merging. The red hot gas is heated to around 20 million degrees Celsius and the blue cooler gas emits X-rays. Image credit: NASA

The galaxy groups merging together have been named NGC 6338 and they are located about 380 million light-years from Earth. After they merge the galaxy groups will become a galaxy cluster and continue to accumulate more galaxies through gravity.

The total mass contained in NGC 6338 is about 100 trillion times the mass of the Sun. The mass can be broken down into being roughly 83 percent of dark matter, 16 percent is in the form of hot gas, and 1 percent is made up of stars.

The Chandra X-ray Observatory, ESA’s XMM-Newton, the Giant Metrewave Radio Telescope (GMRT), and the Apache Point Observatory in New Mexico were used to make these observations. In the image, in red is hot gas that is heated to about 20 million degrees Celsius. Cooler gas has been detected by Chandra and XMM (shown in blue) emits x-rays. The data from the observatory has been combined with data from the Sloan Digital Sky Survey to show the stars and other galaxies in white.

The findings from these Chandra telescope observations have been published in a journal the Monthly Notices of the Royal Astronomical Society.