For a brief period, the strength at the ISS is 10, but three astronauts will return home, reducing the number to seven again.

One new astronaut and two cosmonauts have arrived at the International Space Station (ISS), increasing the count of human beings from seven to 10 people on board. On Friday, 9 April at 9:20 am EDT (6:50 pm IST), the hatches between the Soyuz spacecraft and the ISS opened. The Russians and an American who arrived at ISS are Mark Vande Hei, Oleg Novitskiy, and Pyotr Dubrov. They were in three separate spacecraft which were launched on 9 April from Baikonur Cosmodrome in Kazakhstan to the space station. 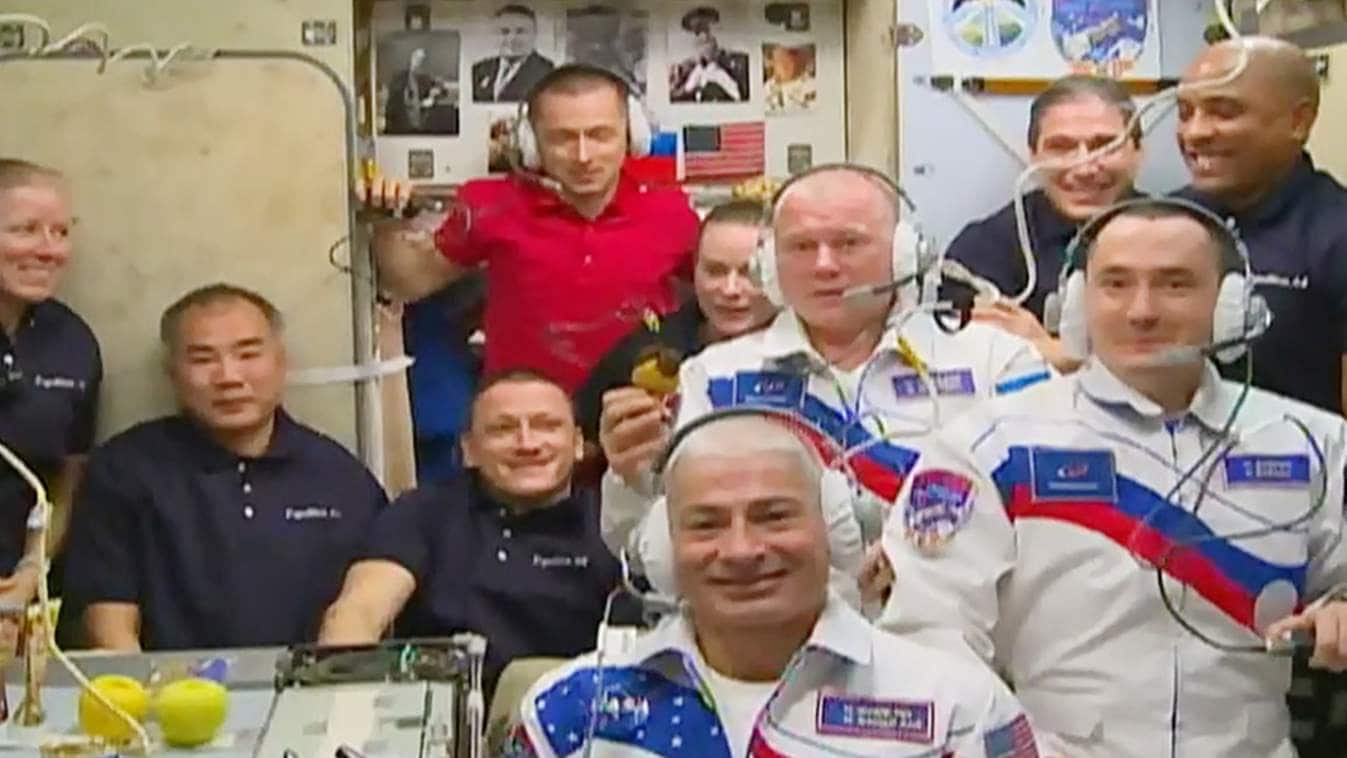 According to a blog post by the National Aeronautics and Space Administration (NASA), this is the first spaceflight for Dubrov, the second one for Vande Hei, and the third for Novitskiy.

NASA aired the launch on its website and TV channel. As per the blog post, Expedition 65 will begin on 16 April. The crew will continue more than 20 years of human presence at the station. Several kinds of researches are being conducted at ISS which includes Biology, Earth Science, technology development, etc.

The space agency also tweeted a video of the astronauts and cosmonauts at the ISS. A welcome ceremony was organized for the newly arrived crew members.

It’s a packed house on the @Space_Station!

With the welcome ceremony's conclusion, the orbiting lab’s crew grows to 10!

Currently, the 10 astronauts and cosmonauts on the ISS are NASA astronauts Michael Hopkins, Victor Glover, and Shannon Walker along with Japan Aerospace Exploration Agency (JAXA) astronaut Soichi Noguchi came aboard on Spacex Crew Dragon Resilience on 16 October 2020.  Arriving aboard the Soyuz MS-17 spacecraft, Kate Rubins along with Russian cosmonauts Sergey Ryzhikov and Sergey Kud-Sverchkov have been on the ISS since 14 October 2020.

Before his departure, Ryzhikov will hand over the command to NASA astronaut Shannon Walker and it will take place 15 April. A four-member crew-2 is scheduled to launch on 22 April. Crew-1 is scheduled to come back to the Earth on 28 April.