Only 2 other nations have made "soft" landings on the moon — former Soviet Union & China, but those were robots.

The Trump administration asked Congress on Monday to increase NASA spending next year by an extra $1.6 billion as a "down payment" to accommodate the accelerated goal of returning Americans to the surface of the moon by 2024.

The increased funding request, announced by President Donald Trump on Twitter, comes nearly two months after Vice President Mike Pence declared the objective of shortening by four years NASA’s previous timeline for putting astronauts back on the moon for the first time since 1972.

The proposed increase would bring NASA's total spending level for the 2020 fiscal year to $22.6 billion. The bulk of the increase is earmarked for research and development for a human lunar landing system, according to a summary provided by NASA. "Under my Administration, we are restoring @NASA to greatness and we are going back to the Moon, then Mars," Trump tweeted on Monday. "I am updating my budget to include an additional $1.6 billion so that we can return to Space in a BIG WAY!"

Under my Administration, we are restoring @NASA to greatness and we are going back to the Moon, then Mars. I am updating my budget to include an additional $1.6 billion so that we can return to Space in a BIG WAY!

NASA previously aimed to return crewed spacecraft to the lunar surface by the year 2028, after first putting a "Gateway" station into orbit around the moon by 2024. To The Moon — ASAP

The newly accelerated goal — an endeavour likely to cost tens of billions of dollars — comes as NASA has struggled with the help of private partners to resume human space missions from U.S. soil for the first time since the shuttle program ended in 2011.

NASA Administrator Jim Bridenstine called the revised funding request a "down payment of confidence" from the White House.

"Our goal here is to build a program that gets us to the moon as soon as possible," Bridenstine told reporters on a telephone conference call late on Monday.

"In the coming years, we will need additional funds," he said. "But this is a good amount that gets us out of the gate in a very strong fashion."

"I’m worried that without proper congressional buy-in, this budget amendment is at best, a massive waste of time, and at worst, pushing risky political timelines that could set NASA back for years," Larson told Reuters.

"The next leap in space will be fueled by commercial companies changing the way we do business in space while creating new technologies and innovations," he said.

Bridenstine said $651 million of the extra funding would go toward NASA's Space Launch System — the super-heavy rocket whose decade-long development led by Boeing Co has been hampered by delays and cost overruns — as well as design and construction of the Orion crew capsule.

The US Apollo program, NASA’s forerunner to the effort at returning humans to Earth’s natural satellite, tallied six manned missions to the moon from 1969 to 1972. 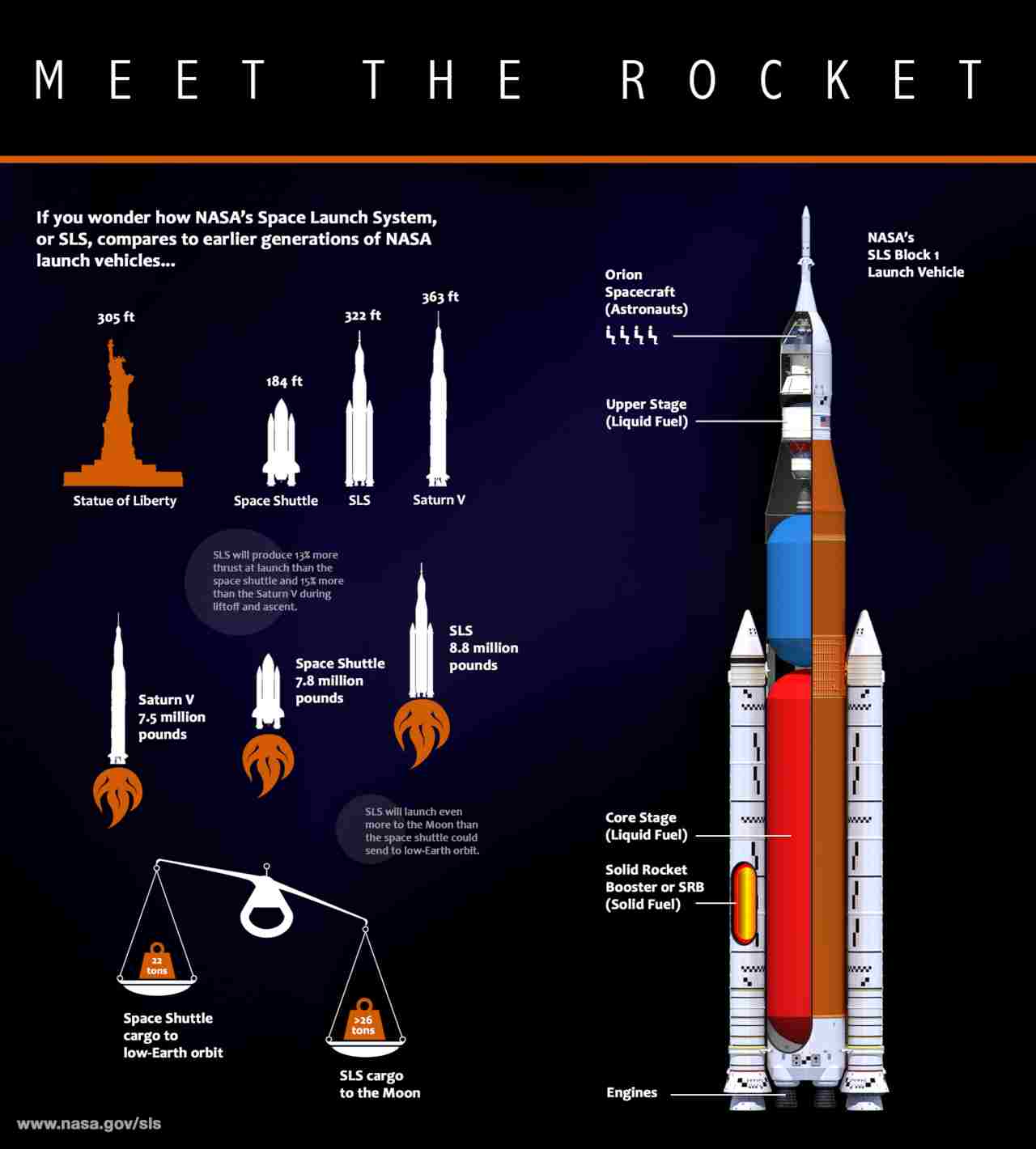 The Space Launch System (SLS) once developed will be NASA's most powerful rocket, but also the most powered rocket in history. It was intended for deep-space missions, including an asteroid, and ultimately to Mars. Image: NASA

So far, only two other nations have conducted controlled "soft" landings on the moon — the former Soviet Union and China. But those were with unmanned robot vehicles.

Bridenstine said he was optimistic that Trump’s request would draw bipartisan support on Capitol Hill.

The amendment envisions a simplified blueprint for the Lunar Gateway, the planned space outpost in lunar orbit that will serve as a stepping stone for sending crewed spacecraft to the moon’s surface.

NASA officials said they would turn to private companies such as Lockheed Martin Corp, Boeing and Jeff Bezos’ Blue Origin for proposals on the design of Gateway and the human landing system.

Bezos, the richest person in the world and founder of Amazon.com Inc, last Thursday unveiled his space company’s mock-up of a lunar lander being built by Blue Origin, the latest company after Lockheed Martin and Boeing to do so.