Lunar eclipses occur only on a Poornima day when Sun and Moon are on the opposite sides of Earth.

1. The Total Lunar eclipse on the intervening night of 27 July and 28 July will last about 103 minutes and be the longest for 21st century. The longest total lunar eclipse of the last century happened in its last year on 16 July 2000. It had lasted nearly four minutes longer, at 1 hour and 46.4 minutes. People in Asia and Africa will get the best views of the eclipse. Those in Europe, South America and Australia will see partial views. It will not be visible in North America and Antarctica.

2. The alignment of the centres of Sun, the Earth and the Moon, and the distance of the Moon from Earth at the time of eclipse combine to determine its duration. This time the centers of the three celestial bodies are almost in a straight line, and the Moon will be near its farthest point from Earth. Since the moon will be at its most distant, it will be at its smallest. So, it will take more time to cross the Earth’s shadow, making the eclipse last longer.

3. While the Purāns claimed that eclipses were caused by demons Rāhu and Ketu devouring Sun and Moon occasionally, Āryabhaṭa (476–550 CE) propounded a scientific theory of eclipses. He established that when Earth comes in between Sun and Moon, Earth’s shadow falls on the Moon resulting in lunar eclipse and when the Moon is in between Sun and Earth, Moon’s shadow on Earth causes solar eclipse. Hence, lunar eclipses occur only on a Poornima day when Sun and Moon are on the opposite sides of Earth and solar eclipses occur only on Amavasya day when both are on the same side of Earth.

4. As eclipses are noting but shadow play, no mysterious rays emanate. It is completely safe to watch a lunar eclipse and no special equipment is needed to see it. However, one should take precautions to watch a solar eclipse because of the brightness of the Sun.

5. Although light from the Sun cannot pass through the solid part of Earth, the thin atmosphere enveloping Earth not only permits light rays to penetrate but also refract the rays towards the Moon. Most of the blue light from the Sun is filtered out by Earth’s atmosphere making the sky appear blue, and the least scattered red light seeps through the atmosphere and reach the moon and makes the moon look red. This time, as the centers of the Sun, Earth and Moon are nearly aligned in a straight line during the total eclipse phase, only a minimal amount of sun light would seep through the atmosphere and consequently the Moon will appear ‘dark’. 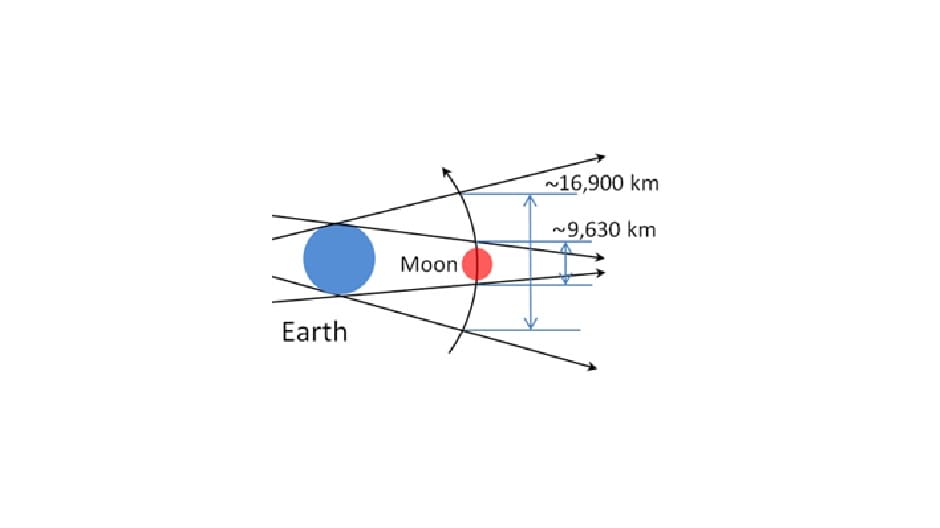 At about 11:54 pm the Moon will enter the umbral shadow. It would be dramatic to watch darkness slowly and steadily creeping over the face of full moon.

7. On 27 July, the night sky will be studded with another red shining object – Mars. On that day Mars is also nearly opposite to Sun and hence very close to Earth. Red Mars and Red Moon will dazzle in the night sky.

8. Around 12:30 mid night totality would commence. For about next one hour the Moon will be completely inside the shadow of the Earth. It would be enchanting to watch the colour of moon change from crimson to brick red to many darker hues of red.

9. Normally the Sun-Earth-Moon are not aligned so perfectly and light escapes through the atmosphere of Earth and makes the Moon glow reddish in colour. However this time Sun-Earth-Moon are in near perfect straight line that the Moon will be dark. At 1:51:27 am 28 July the Moon will be so dark and dim that it may not be even visible. That will be the peak of the total lunar eclipse. Soon the colour would start returning.

10. In a year there can be as many as seven eclipses and as low as just two. They can occur in the combination of 4 solar and 3 lunar or 5 solar and 2 lunar. If there were only two, then both of them would be solar eclipses.

[With inputs from the POEC of Astronomical Society of India]