They can go on any manned mission and will join the ranks of about 500 people who have been to space.

The first batch of NASA astronauts eligible for human spaceflight to the Moon and beyond have recently graduated a two-year-long training course.

The 13 future astronauts were felicitated on Friday, 10 January at an event that took place at NASA's Huston Space Centre in Texas. Each new astronaut received a silver pin, a tradition dating back to the Mercury 7 astronauts, who were selected in 1959. They will receive a gold pin once they complete their first spaceflight. This was the first public graduation ceremony for astronauts the US space agency has ever hosted.

The 13 space travellers began their training in 2017 and were selected from a large pool of candidates. Six out of the 13 selected are women, which means that the Artemis mission is on its way to put the first woman on the lunar surface. 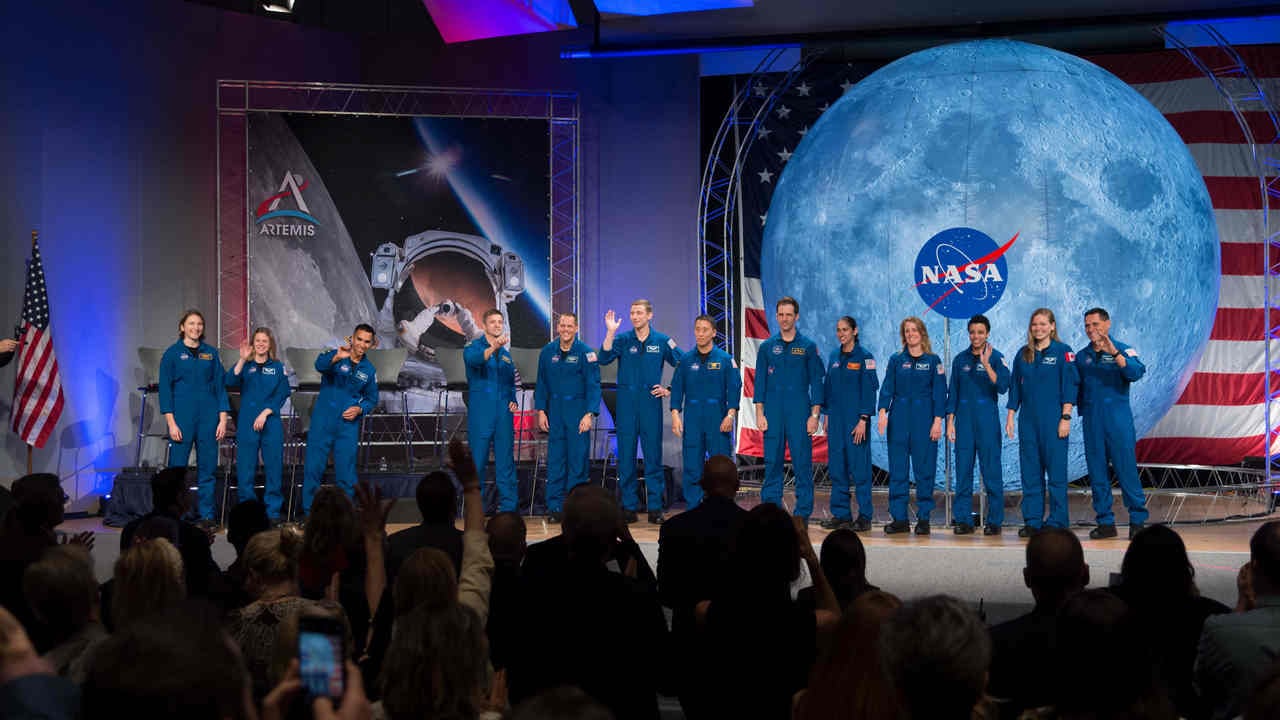 The NASA astronauts that are trained to go on any manned mission to space. Image credit: NASA

Two astronauts from the Canadian Space Agency, Jennifer Sidey-Gibbons, and Joshua Kutryk, have managed to make their way into the final roster. Meanwhile, the remaining 11 Americans were handpicked out of 18,000 aspirants.

According to a statement from NASA, the spacefarers had to go through a rigorous process of training that includes instruction, practice, and testing in spacewalking, robotics, International Space Station systems, T-38 jet proficiency, and learning of the Russian language to speak with their Russian counterparts. As astronauts, they will also help develop spacecrafts and support the teams currently in space.

The completion of the training also means that the astronauts are also eligible to partake in manned missions to Mars.

“These individuals represent the best of America, and what an incredible time for them to join our astronaut corps,” said NASA Administrator Jim Bridenstine in a statement. “2020 will mark the return of launching American astronauts on American rockets from American soil, and will be an important year of progress for our Artemis program and missions to the Moon and beyond.”

Including the current class, NASA now has 48 active astronauts in its corps. These astronauts will ultimately join the ranks of about 500 people who have had the honour of going into space.

NASA is also considering plans to open the application process this spring for the next class of astronaut candidates.