Researchers argue that the finding validates the role small spacecrafts can play in astrophysics and astronomy research.

A CubeSat that goes by 'ASTERIA' was launched from the International Space Station in 2017. The size of a briefcase, it is a part of a larger group of tiny spacecrafts that were launched across the world as a new tool in the space research and observation arsenal. Based on an upcoming study, it appears someone hedged their bets on the right horse! The CubeSat ASTERIA has reportedly detected an exoplanet in a distant star system.

A paper soon to be published in the Astronomical Journal claims that ASTERIA managed to detect the exoplanet 55 Cancri e, website Many Worlds has reported.

ASTERIA was deployed from the International Space Station on November 20, 2017. Image: NASA/JPL-Caltech

55 Cancri e isn't a new discovery – it's target practice and a potential training exercise for ASTERIA and its future iterations. Scorching hot and about twice the size of Earth, 55 Cancri e orbits its Sun-like parent star in extremely close range. Scientists already knew the planet's location, and so, saw it as an opportunity to test ASTERIA's capabilities.

The tiny spacecraft wasn't designed to perform explorative science – rather, it had to pull off a technology demonstration, the goal being to develop new capabilities for future missions. The tiny CubeSat's technological leap is that a tiny spacecraft managed to stay very steadily focused on an object for long periods, allowing it to scan and locate an exoplanet in the far – very far – distance. It used the same principles that massive telescopes use to locate and discover exoplanets and potentially habitable worlds, called the transit method, in which scientists look for dips in the brightness of a star caused by a planet passing in the instrument's line of sight.

Speaking about it, Vanessa Bailey, who led the ASTERIA-exoplanet science team at NASA's Jet Propulsion Laboratory said, “Detecting this exoplanet is exciting because it shows how these new technologies come together in a real application." 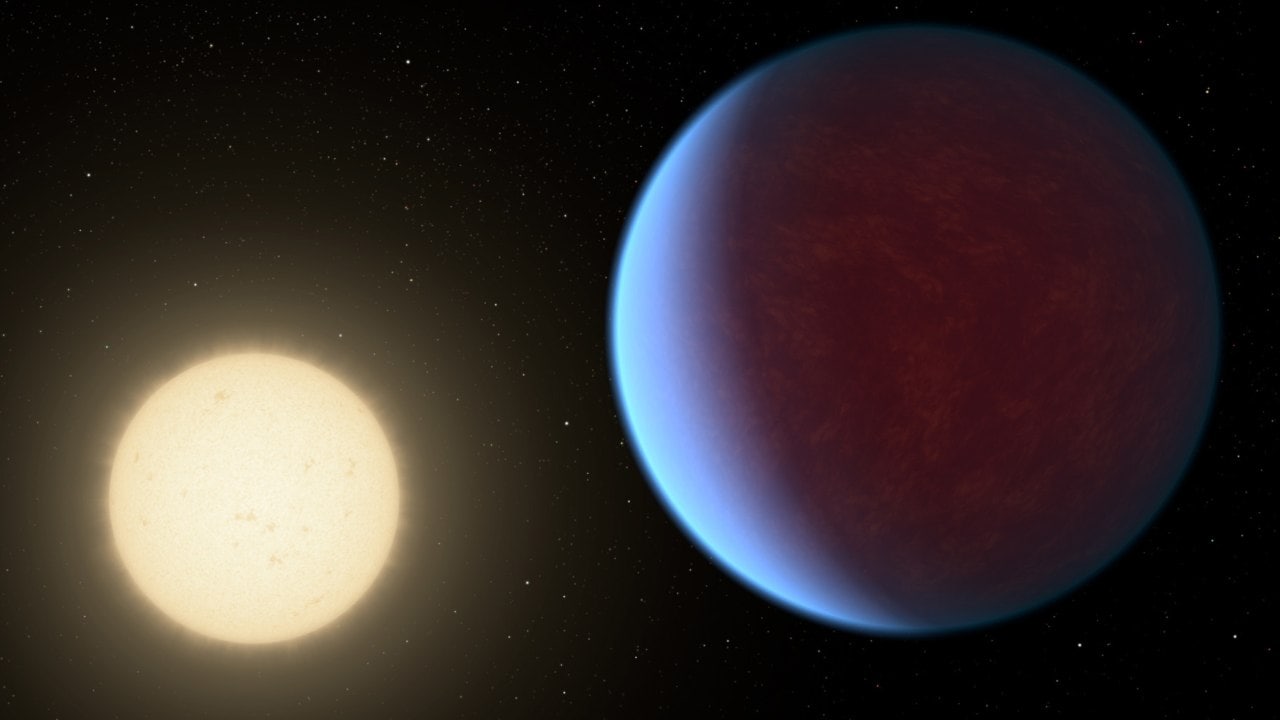 The super-Earth exoplanet 55 Cancri e, depicted with its star in this artist's concept, likely has an atmosphere thicker than Earth's but with ingredients that could be similar to those of Earth's atmosphere. Image credit: NASA/JPL-Caltech

This is the first time that a CubeSat has been able to measure the presence of an exoplanet – something that only more sophisticated devices have been able to do so far.

"I think this paper validates the concept that motivated the ASTERIA mission: that small spacecraft can contribute something to astrophysics and astronomy," lead author of the study Mary Knapp said in the statement.

While the mission only managed to make a marginal detection, by comparing the data ASTERIA collected with previous observations of the planet, the team confirmed that they were indeed seeing 55 Cancri e.

Here's hoping its successor manages to pull off a true discovery or two with much less hand-holding.