Forensic reports show that the Avni was not charging, indicates foul play: Officials.

In November 2012, a tigress and her two cubs began a journey from their home in the Pilibhit Tiger Reserve, Uttar Pradesh.

She had somewhat uncharacteristically left the forest. Over the next two years, this tigress is recorded to have travelled 260 km – from the Amariya region in Pilibhit, along the Devha river, crisscrossing through the densely-populated village areas of Gularia Bithra, Khali Nawada, Bishanpur, Surajpur, Bhadsara, Dhaki, all the way up to Kanpur, where she was finally sighted in February 2014. A close-knit team comprising officials of the state's Forest Department and tiger conservators of WWF-India were on the trail of this feline family.

The sketchy story from their sightings, pugmark tracking, and camera-trap images unraveled that she was accompanied by her cubs for part of the journey, negotiating past villages, through sugarcane fields and grassy landscapes. On several occasions, she would enter the forest for short durations, only to return to her new habitat. The team speculated whether she had moved out of the forest to protect her cubs from aggressive males.

Months later, in September 2014, they also spotted her cubs, now sub-adults, back in Amariya, apparently living and operating independently. Not a single incident of attack on humans or livestock was recorded through this epic journey of this majestic feline and her cubs. 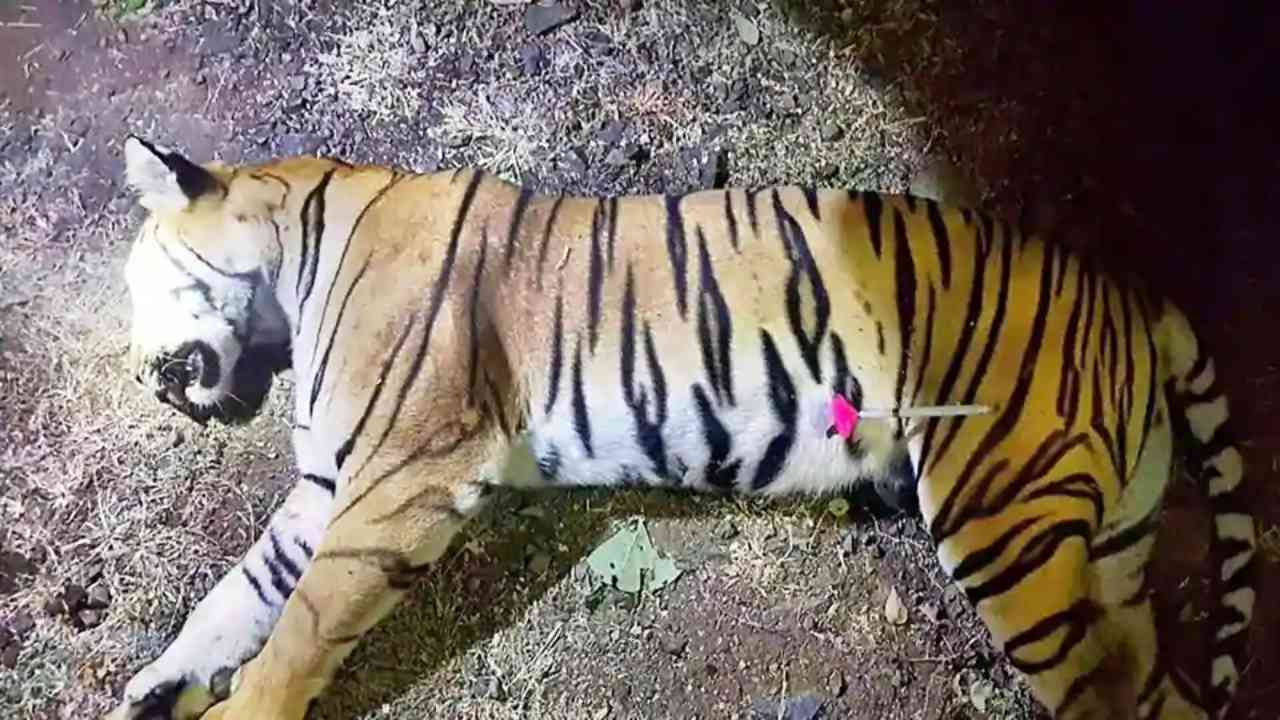 Topshot of tiger Avni after she was shot. Image courtesy: Twitter/ANI

Recently, another nursing tigress's tryst with humans in Maharashtra's Yavatmal region did not end so peacefully. Thirteen humans had been found dead in Yavatmal's Ralegaon forest since June 2016, and Avni or T1, a six-year-old tigress with two 10-month-old cubs, was alleged to have been involved in several of these deaths.

According to a Maharashtra Forest Department official, an investigation had proved that she was responsible beyond doubt for at least two of those deaths. On November 2, this "man-eater", as she was referred to, was shot dead – by a sharp-shooter appointed by the Forest Department – in the Borati jungles that are under the jurisdiction of Ralegaon police, according to news reports that quoted police sources.

Defending the circumstances of Avni's death, Sunil Limaye, Maharashtra's additional principal chief conservator of forest (wildlife), explained that the Pandharkawada forests house approximately seven to eight tigers. Avni and her two cubs occupied 160 square km of this forest. Over two years, based on various circumstantial evidence, the department suspected Avni and a male, T2, of having caused several human deaths. At that point, though, the evidence was not forensic.

"In August, we investigated and managed to find clear evidence of Avni being responsible for at least two of the recent killings. Based on these findings the courts ordered us to capture or kill the tigress. The death of the forest dwellers was a grave loss to their families. These people, whose livelihoods depend on the forests, feared for their lives. We followed the courts' orders and were saddened by the tigress's death. But we had no other choice," he said.

Controversies and political banter surround Avni's death today. Environment activists and animal lovers question whether the mother tigress could have been saved, or at least captured. Meanwhile, a bitter battle of words has erupted between a Union minister and a state minister, both belonging to the same political party.

On Friday, 9 November, media reported sources in the Maharashtra government as stating that the yet-to-be-released autopsy report "yielded clear evidence of foul play". It quoted a state government official: "The forensics clearly show that the tigress was not charging at the team, but instead going somewhere else... If she was charging at the team, she would have been shot in her face or chest, not her shoulder." 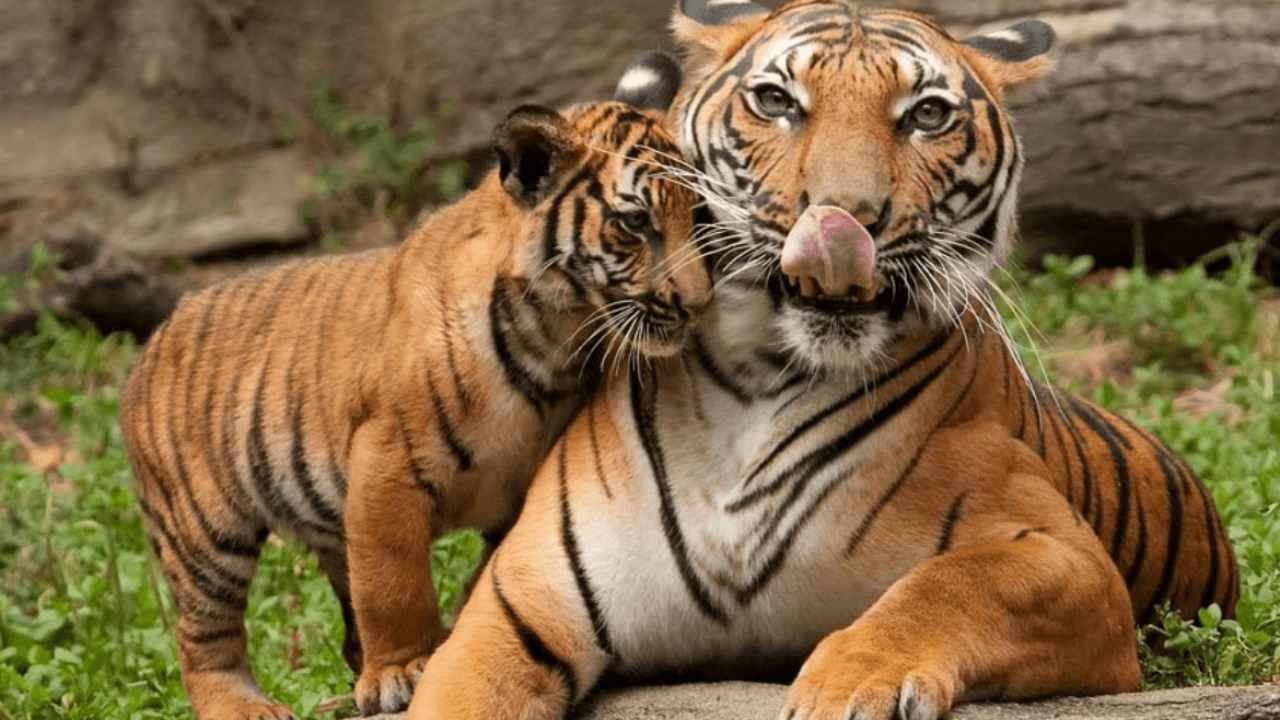 Juxtaposing this story of loss of life, both human and animal, against the epic journey of the Pilibhit tigress, raises several questions. Could Avni have been monitored like the Pilibhit tigress to avoid such a tragedy? Could locals have been better informed to control panic about a "man-eater"?

Did Avni truly turn rogue and kill people since 2016? Even as news reports on her post-mortem reveal that she had not eaten anything for at least a week, Dr. Jimmy Borah, tiger biologist and consultant at Panthera, an international organisation working on the conservation of wild cats, said: "A nursing tigress would probably only attack human beings for self-defense, if she feels her cubs are threatened. It is highly unlikely that she would choose humans as food for her cubs."

Highlighting the apathy in the investigation process, Borah said, "Tigers are very intelligent animals. They might target easy prey, like livestock and humans, if they are injured or old and weak. A healthy animal would never target humans. If the concerned tigress was suspected of killing 13 people since 2016, it should have been investigated much earlier, given the advancement in forensic tests and methods today."

He said that to safeguard the human population and in the larger interest of saving a wildlife species, it becomes imperative to "remove problem animals" sometimes.

"Doing so will help in generating larger public support, especially from communities living in the fringes of protected areas and depending on the forests for their livelihood. However, identifying a problem animal is a herculean task that involves strong evidence, including forensics."

He stated that if an animal is identified as a problem, the best forest departments and states can do is to ensure that standard protocols and guidelines are followed closely.

On Avni's orphaned cubs, Borah says: "The best option is to leave them alone. If they have learned to hunt (other animals), they might probably do well. 'Rescuing' them would be pointless."

The author is currently a Communications Manager at World Resources of India.