Fences & barriers in place to prevent accidents & disturbance in wildlife hotspots may not be enough.

Sometimes the only thing keeping a slithering lizard from becoming a squashed one is infrastructure. The same rules apply to pretty much any form of wildlife.

On 23 February, a camera trap caught a glimpse of a tiger using an underpass to cross from one side of a national highway to the other side. While wildlife authorities haven't given up any further information on the precise location for reasons of "safety", the highway in question runs along the Pench Tiger Reserve in Nagpur.

The image took Twitter by storm, with many conservation groups including the Wildlife Institute of India sharing the photograph as proof that underpasses do, in fact, work to keep wildlife out of harm's way along major roads. The tiger is only the most recent on record, but herbivores like chitals, sambars and wild dogs have also been caught using the underpasses to move across highways, WII confirmed. With roads and cars gradually taking over what was once wilderness, a stroll through newly-developed areas can get very deadly and very fast for rodents and tigers alike. To help animals navigate our urban systems (and not turn into roadkill), conservationists have begun building bridges and underpasses, especially for wildlife.

The camera trap that caught a tiger using one of these underpasses was taken by researchers at the Wildlife Institute of India. They were fit along the structure to see if, and how frequently, animals opt to take these structures. The WII has been under pressure of late for not having enough structures to mitigate roadkill along busy roads, a Times of India report said.

The National Highway Authority of India (NHAI), on WII's recommendation, had built nine other structures like the one pictured in Nagpur. This was roughly a quarter of the 48 structures that WII had initially recommended. The cuts were made owing to political pressure, which may have led to a preventable accident and death of a tiger on 2 February. 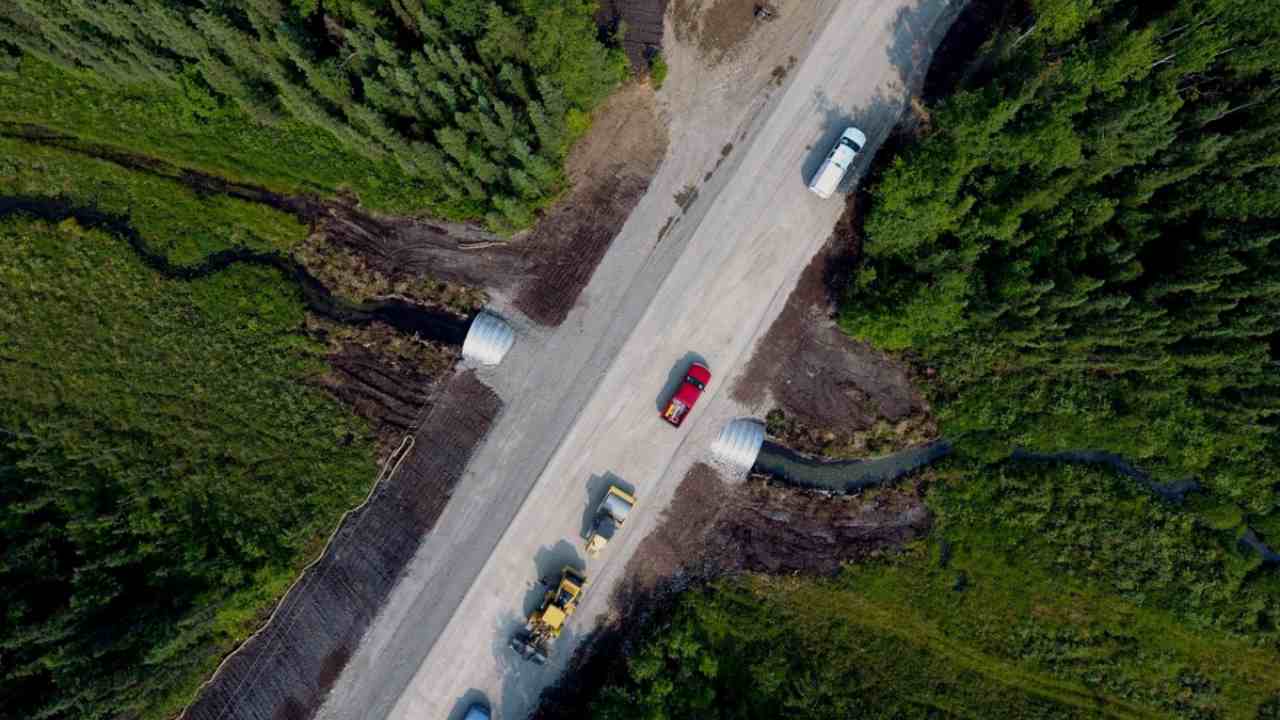 Fish friendly roads are a thing, too. An underpass built to address habitat fragmentation of fish shown in this image.

"When there were no underpasses, tigers would cross the road... they also use paths where there are no mitigation structures. A 200-metre underpass was to be constructed at the spot where a tiger was hit on the night of 2 February, but it got scrapped," Milind Pariwalkam, a wildlife biologist with the Wildlife Conservation Trust (WCT) and an IUCN Connectivity Conservation Specialist Group member, told TOI.

In his view, there aren't nearly enough fences and barriers to prevent crashes, noise, and light from wildlife hotspots. Both, an urgent need and a priority for conservation, this was one of many suggestions compiled by NGOs and conservation groups and submitted to the high court in 2016 in the interest of wildlife safety. The state forest department and high court are yet to take up these issues with the urgency they deserve, said Pariwalkam.

Crossing strategies have also seen criticism for being a "band-aid" approach — a distraction, from the larger problem of rapid urbanisation.

Underpasses that prevent roadkill actually divert animals from land that’s rightfully theirs, but hey. As long it reduces travel time for us and slows the spread of highways into the wild, there's still some middle ground for both sides of the underpass argument to stand on.