Apollo 11 delivered Neil Armstrong and Buzz Aldrin to the moon and touched down on the Moon on 20 July 1969.

Three astronauts instrumental in the groundbreaking U.S. space program of the 1960s and 70s gathered at the Paris Air Show on Tuesday to celebrate the 50th anniversary of Apollo 11, the mission that first put a man on the moon.

Walter Cunningham, 87, who was part of the Apollo 7 mission, Al Worden, 87, who flew with Apollo 15, and Charlie Duke, 83, who walked on the moon with Apollo 16, recounted their extra-terrestrial experiences before a captive airshow audience. 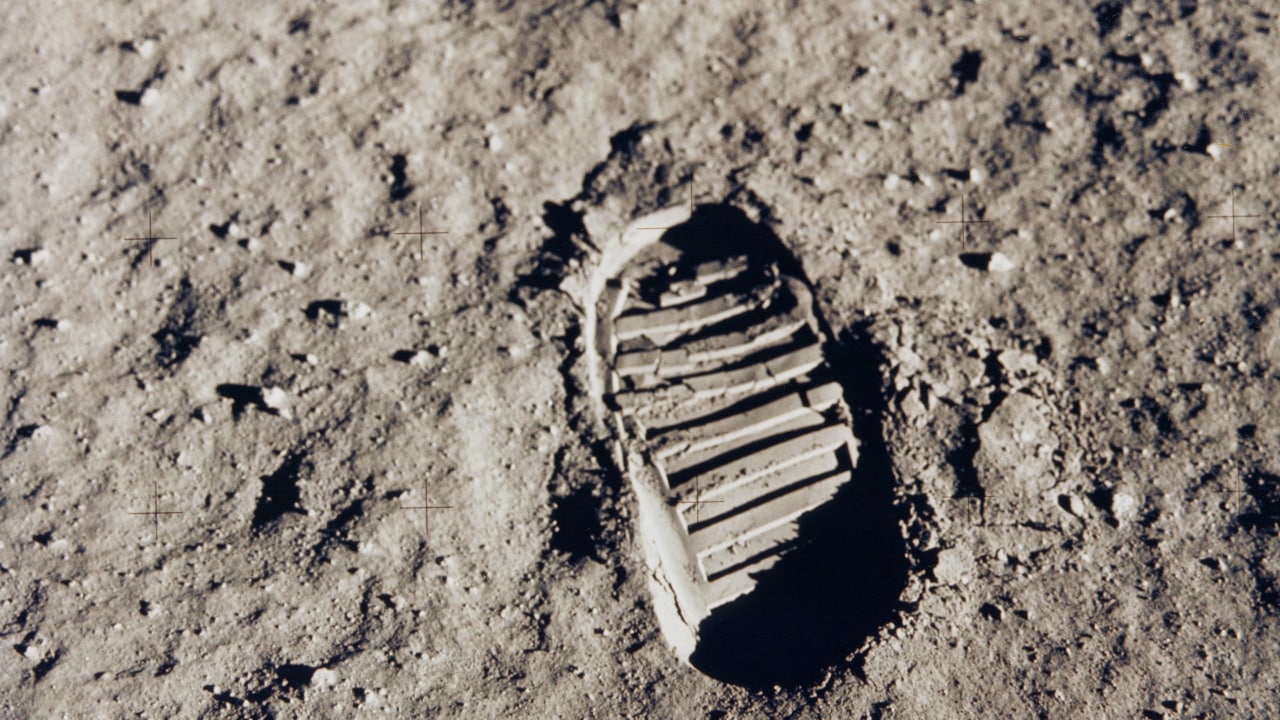 The epic photo of the bootprint captured by Armstrong during NASA's Apollo 11 in 1969. Image courtesy: NASA

Worden, who orbited the moon alone for days in 1971, holds the feat of having been the world’s most isolated human, while Cunningham is notable for being part of a team that talked back to Mission Control in 1968, getting them blacklisted from future flights.

Despite that setback, which came after the astronauts asked Mission Control if they could reenter the atmosphere without helmets on and were told no, Cunningham remembers his experiences fondly.

“Five hundred years from now there is only going to be one thing they remember about Apollo, and that is that man landed on the moon,” he told the audience. “That’ll be it. And people will have no idea how hard it was, for example, to get the first Apollo mission off. Apollo 7 was the fifth mission that Wally Schirra, Donn Eisele and I were on, and finally, we flew.”

NASA pioneered space flight in the 1960s, amid competition from Soviet cosmonauts, but not without serious risks. The Apollo 1 mission burned up on the launch pad during a test in 1967, killing the crew and prompting NASA to halt all attempts at manned flights. Only two years later, once the Command Module and spacesuits had been redesigned, was Apollo 7 cleared for launch.

Charlie Duke was a part of the Apollo 16 mission in 1972 and became the youngest person to walk on the moon at 36.

“It’s like ‘well I’m home, I know where to go, I know what’s over here’,” he said of the experience, which only 12 people have ever had. “It was a feeling of belonging, but it was also wonder, awe, excitement, adventure.

“The best way I could describe it if you could imagine a five-year-old kid on Christmas and birthday and everything else rolled into one. That was the most exciting moment in my life.”

Apollo 11, the mission that ultimately delivered Neil Armstrong and Buzz Aldrin to the moon, touched down on 20 July 1969. NASA has organized a series of events to commemorate the 50th anniversary.