The female rhino Iman had uterine tumours since her capture in March 2014 and died due to natural causes.

The Sumatran rhinoceros has become extinct in Malaysia after the last of the species in the country succumbed to cancer.

The Wildlife Department in eastern Sabah state on Borneo island said the rhino, named Iman, died of natural causes Saturday due to shock in her system. She had uterine tumours since her capture in March 2014.

Department director Augustine Tuuga said in a statement that Iman, who reportedly was 25 years old, was suffering significant pain from growing pressure of the tumours to her bladder but that her death came sooner than expected. It came six months after the death of the country’s only male rhino in Sabah. Another female rhino also died in captivity in 2017 in the state. Efforts to breed them have been futile but Sabah authorities have harvested their cells for possible reproduction.

“Despite us knowing that this would happen sooner rather than later, we are so very saddened by this news,” said Sabah Deputy Chief Minister Christina Liew, who is also environment minister.

Liew said that Iman had escaped death several times over the past few years due to sudden massive blood loss, but that wildlife officials managed to nurse her back to health and obtained her egg cells for a possible collaboration with Indonesia to reproduce the critically endangered species through artificial insemination. 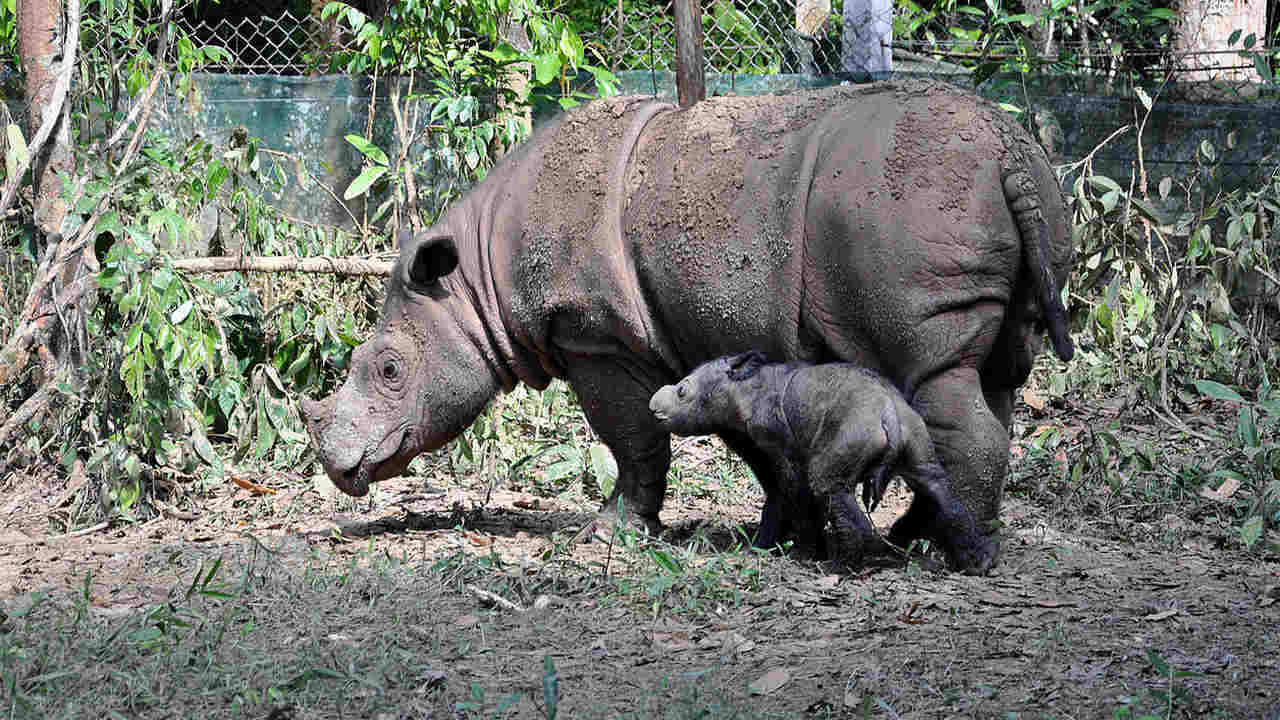 A Sumatran female rhino Ratu and her young one. Image credit: Wikipedia/ FunkMonk

The Sumatran rhino, the smallest of five rhinoceros species, once roamed across Asia as far as India, but its numbers have shrunk drastically due to deforestation and poaching. The WWF conservation group estimates that there are only about 80 left, mostly living in the wild in Sumatra and Borneo in Indonesia.

The International Union for the Conservation of Nature identifies the Sumatran as well as the Black and Javan rhinoceros as being critically endangered. Both African and Sumatran rhinoceros have two horns, while the others have a single horn.

Only about 24,500 rhinos survive in the wild with another 1,250 in captivity worldwide, the IUCN says. Of these, more than two-thirds are white rhinos.

Rhinos are killed for their horns, which consist of keratin similar to human hair and nails and are used in traditional medicines in parts of Asia.

'Need to be frank if something goes wrong': Mahathir Mohammad defends criticism of CAA, says initial concern was over palm oil curbs