The Garhwal-Kumaon segment of the northwest (NW) Himalayas is seismically the "most vulnerable section" of the region with a potential to generate great earthquakes, warns a new study by researchers from multiple institutions in India.

Their findings, reported in the journal Earth and Planetary Science Letters, is based on analysis of five years (2013-2018) of continuous GPS measurements from 28 stations located in the Garhwal-Kumaon Himalayas and the adjoining Indo-Gangetic plains.

Lifted by the subduction of the Indian tectonic plate under the Eurasian Plate, the Himalayan mountain range runs in an arc, about 2,400-km long, separating the plains of the Indian subcontinent from the Tibetan Plateau.

Partly in India and partly in western Nepal, the NW Himalayas have not experienced a great earthquake since at least 1505, Vineet Gahalaut director of the National Centre for Seismology in New Delhi and corresponding author of the paper, told this correspondent.

Strong inter-plate coupling means the fault below Garhwal-Kumaon segment is "locked" and capable of accumulating stress. The width of the coupled region, according to the report, is estimated to be about 85 km. This strongly-coupled region must have accumulated a "slip" of more than 7 meters since the last earthquake in 1505 "which is enough to produce a great earthquake in the region", the researchers claim. Slip is the relative displacement of formerly adjacent points on opposite sides of a fault.

According to their report, GPS measurements found the convergence rate in this part of the Himalayas is about 18 millimeters per year which has continued for more than 500 years — making this slice of the geological fault "one of the most earthquake-vulnerable segments of the Himalayan arc."

The network of GPS sites in the Garhwal Himalayas, the densest anywhere along the Himalayan arc, "provides the most reliable estimate of spatial variations of site velocities in the Himalayas," the authors say.

Flat plains will have it worse

"The derived coupling map from GPS measurements has implications for seismic hazard in the Garhwal-Kumaon region," says the report, adding that the regions of high-coupling would be the regions of high seismic energy release during future earthquakes.

"Taking the analogy from the 2015 Gorkha earthquake and 1985 Mexico earthquake, the sediment-filled valleys, such as the Dehradun valley in the Garhwal region, are expected to be the regions of potentially more damage in future events."

This has serious implications in terms of seismic hazards, the report says, "as the population density is higher in the frontal Himalayas and its contiguous Indo-Gangetic plains, thus exposing more people to high, near-field ground shaking." 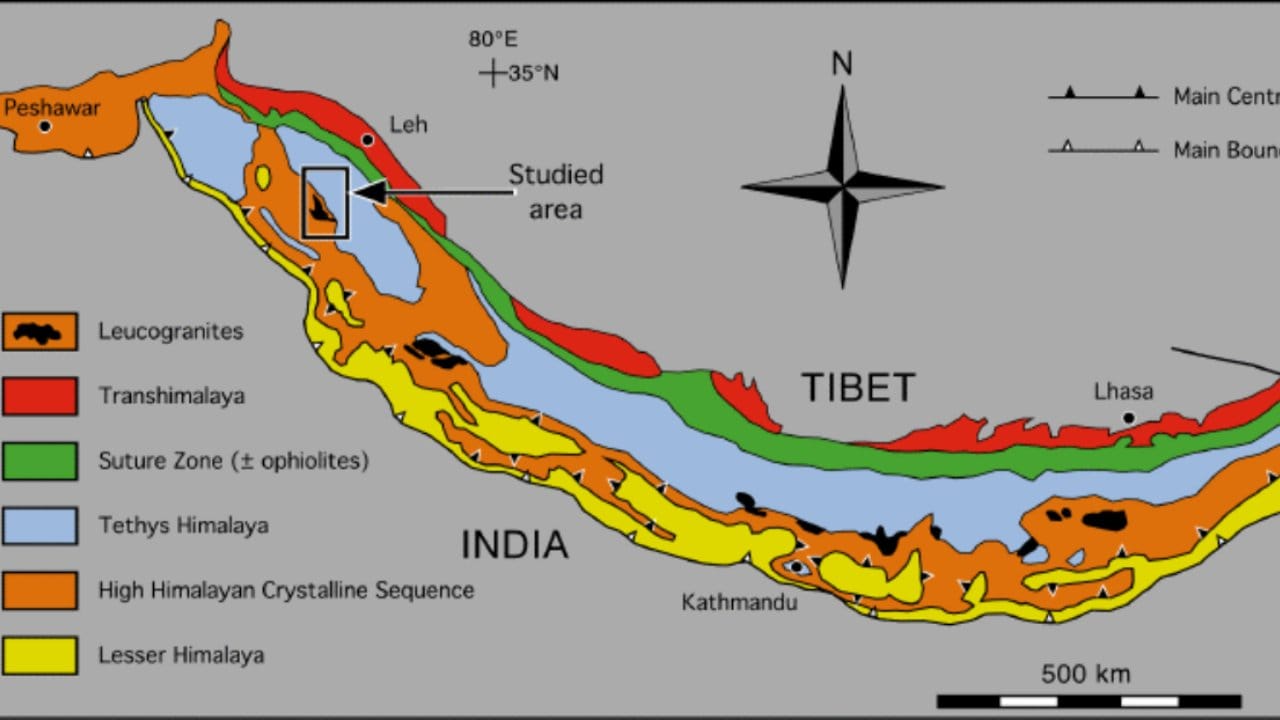 Besides this, the unconsolidated sediments in the Indo-Gangetic plains can cause more structural damage during earthquakes and also liquefaction — wherein saturated soil behaves more like a liquid than a solid — as happened in the 1934 Nepal-Bihar earthquake, says the report.

Chittenipattu Puthenveettil Rajendran, a seismologist at the Indian Institute of Science in Bengaluru, says the study "reiterates an earlier premise that the central Himalaya is strongly coupled and is waiting to break in a great earthquake anytime sooner".

The Garhwal-Kumaon segment of the Himalayan arc (including parts of Nepal and India) never had a great earthquake during the last 600-700 years, Rajendran told this correspondent. "That means more than 20 meters of seismic slip is accumulated over these years, which can be released only by one or more great earthquakes (Mw >8.5) in the region."

"This poses a serious hazard for the Himalayan region and the heavily-populated adjacent Gangetic alluvial plains — not seriously considered by the government," Rajendran noted.

In Himalaya: A Human History, mountaineer Ed Douglas tells a captivating, timely story of the region