The all-time highest temperature ever recorded is 56.7 degree Celsius on 10 July 1913, at the Greenland Ranch in the Death Valley.

As per a report by Down To Earth, the temperature in Death Valley rose to 54.4 degrees Celsius or 129.9 degrees Fahrenheit.

The temperature was recorded at the United States National Weather Service’s automated weather station at Furnace Creek, near the border with Nevada at 3.41 pm local time. The World Meteorological Organization (WMO) says it is still verifying the record

Death Valley is a desert valley in Eastern California, in the Mojave Desert. It is one of the hottest places on Earth, along with deserts in the Middle East and the Sahara. The report added that as per the National Weather Service Weather Prediction Center, Death Valley had recorded a temperature of  53.8 degrees Celsius (129 degrees Fahrenheit) in July 2013. However, the temperature on 17 August has surpassed the earlier record.

Per the climate data in xmACIS2, this is the first time since 1913 that Death Valley has reached 130F. In July 2013, it last reached 129F. If valid, it would be the hottest August temperature at the site by 3F. @NWSVegaspic.twitter.com/gZNBW4NXI4

As per the data, the all-time highest temperature ever recorded is 56.7 degree Celsius on 10 July 1913, at the Greenland Ranch in the Death Valley, but the recording is debatable as mechanisms a century back were not that advanced. 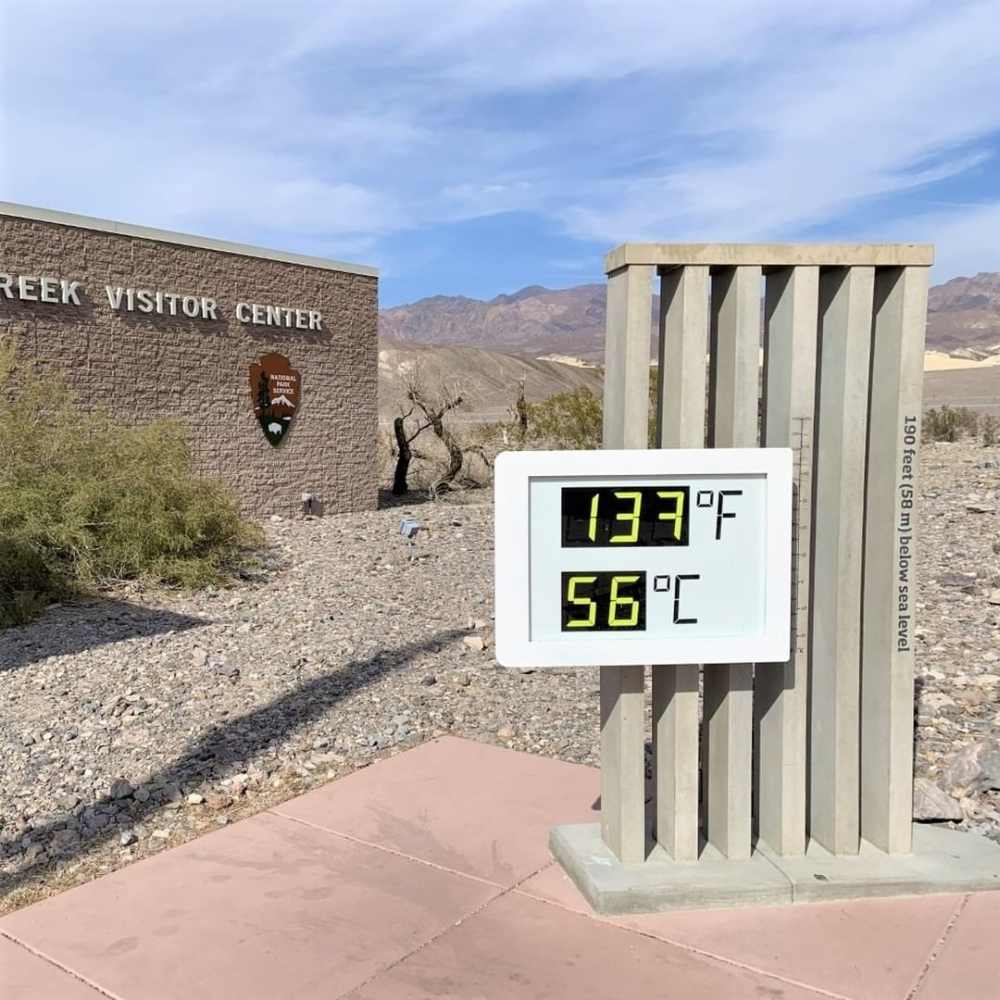 The high temperature is a result of a 'heat dome' that has built up on the western coast of the US. As per the National Oceanic and Atmospheric Administration (NOAA), is a high-pressure circulation that traps hot ocean air like a lid or a cap causing heat to get trapped at the surface and favouring the formation of a heatwave.

BBC reports that the heatwave has led to two days of blackouts in California. Brandi Stewart who has lived and worked at the Death Valley National Park on and off for five years said that when one walk outside it is like being hit in the face with a bunch of hairdryers.

"You feel the heat and it's like walking into an oven and the heat is just all around you," she added.

As per Weather.com, Death Valley has reached 53.8 degrees Celsius (129 degrees Fahrenheit) seven times in its records starting from 1911 to most recently on 1 July 2013, according to NOAA's ACIS database.

As per the WMO, the highest temperature recorded anywhere in the Eastern Hemisphere was 131 degrees Fahrenheit in Kebili, Tunisia, on 7 July 1931.

Explained: Who is Goldy Brar, detained in California, and what’s his link to the Sidhu Moose Wala murder?