Matricelf is now preparing for its first clinical trials in humans for acute spinal cord injuries.

When the creative minds that drive Israeli biotechnology company Matricelf started telling people about their plan to create the world’s first 3D printed human heart the common response was that they were talking about the stuff of dreams.

But Matricelf’s vision has now moved one step closer to reality following the announcement that the company has been handed the first Seed Award — “the world's first creativity award that highlights the integration of technology and daily life” —  and the RMB1 million (US$143,000) that goes with it. 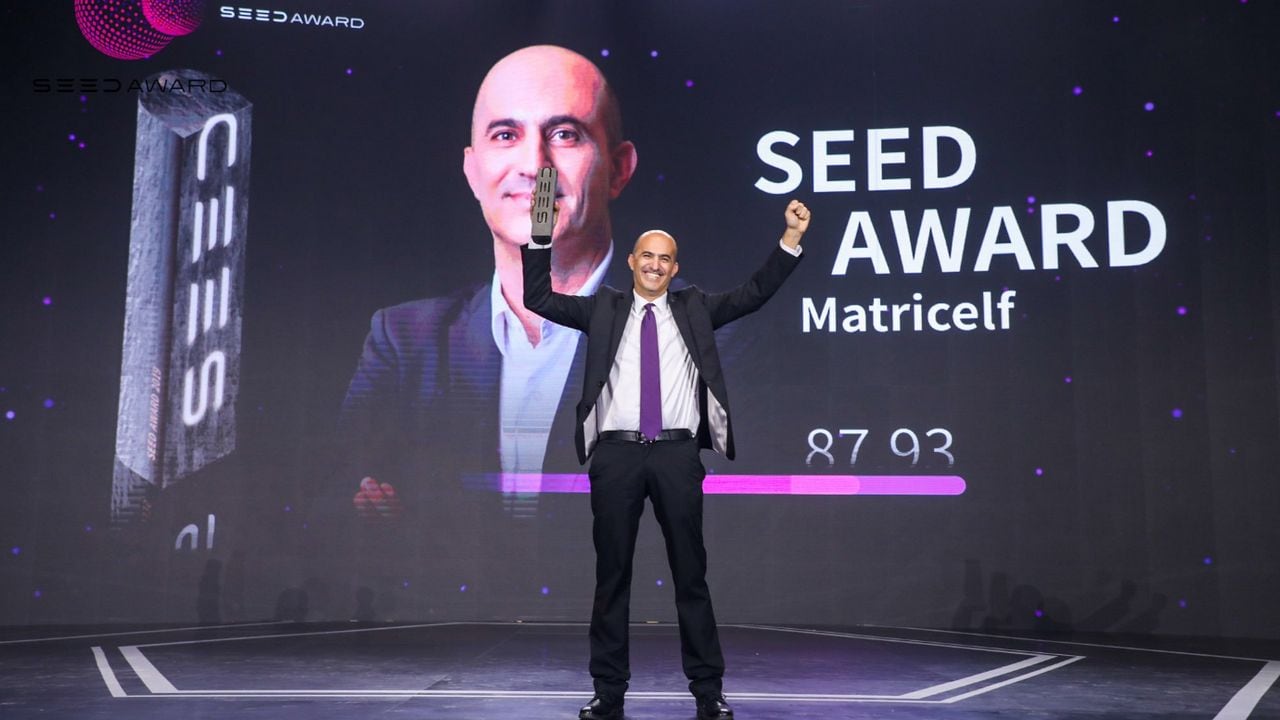 “It is a huge challenge to take an idea from the academic world to the real world,” said Matricelf CEO Asaf Toker. “It’s very expensive. So this will help us a lot to continue our journey. As it said it is a ‘seed’ award and it will help bring our ideas to life. Winning here will have a huge impact on us.”

The Matricelf team first emerged out of Tel Aviv University eight years ago and has since picked up more than US$12 million in research grants as it has explored the world of the autologous matrix and the cell implants now being used to enhance natural healing.

The company itself was established in April 2019 and made headlines earlier this year when it printed the first-ever 3D human heart, part of its continued efforts to explore the potential of printed organs and tissues. As well as heart issues – such as myocardial scarring and age-related macular degeneration - the company has fixed its focus on using the technology they are exploring in treating acute spinal cord injuries, and Parkinson’s disease.

“Printing the heart helped us capture the attention of the world, now we have to turn this idea from the academic world into reality,” said Toker, who brought the tiny little heart with him to China. “Look at this. This is history. It’s the first time in humankind that we have been able to take human cells and do this. The main challenge now is take this small heart and train it to function as a heart.

“We still have a long way to go before we can implement it in humans, maybe 10 years, but we have started, and this award helps us, and that is the most important thing. For the work we are doing with spin cord injuries we think we can start within a few years. If that works, people will be able to work again. If we bring this all together we feel will we will have made our mark in this world.”

The brainchild of Chinese real estate giants the Seedland Group, the Seed Award has been designed “to reward, encourage and inspire those who have passion for life and innovative ideas, and are willing to apply the power of creativity to creative a better life.”

#SEEDAWARD【The Grand Prize of 2019】Congratulations, our million-award-winner Matricelf with the amazing score 87.939! We believe they will return with better works in the future! Please click on the pictures to enjoy more amazing moments from our winner! pic.twitter.com/GhSTfnS3dn

Initially, organizers weren’t sure exactly how many applications they would get. In the end, around 1,300 flooded in from all over the world.

After regional qualifying, the competition came down to a final session staged on a dazzling stage in the southern Chinese metropolis and tech hub of Shenzhen on November 13.

“We have been looking for partners in the medical world and we are looking for investors and exciting things are happening in China,” said Toker. “This is a great place for all of us to start. We were actually doing a road show looking for investors when we heard about the Seed Award and immediately wanted to be part of it. Everything about it is amazing. It’s a great opportunity for exposure too.”

One of the many unique aspects of the Seed Award is its format, with creators given five minutes on stage to “sell” their idea, and with a clock running down behind them on a big screen. Then they face a Q&A session from a panel of experts which in Shenzhen was led by George Fitzgerald Smoot, a Nobel Prize Laureate in Physics, and included Joseph Sifakis (Turning Award Laureate), Mina Teicher (Israel’s former chief scientist), Yin Shouyi (vice-director of Tsinghua University’s Institute of Microelectronics), and Peter J. Bentley (Honorary Professor at the Department of Computer Science at UCL).

It was a little like the science and tech world’s answer to America’s Got Talent and Toker said it had added to the excitement of contestants – and well as helping them to fine-tune their pitches.

“I am a lecturer so I love standing in front of a crowd and talking about what I am doing,” said Toker. “There is a pressure but it is really a lot of fun.”

On stage when being handed the Seed Award, Toker was lauded for being “inspired to the continued pursuit of dreams.” 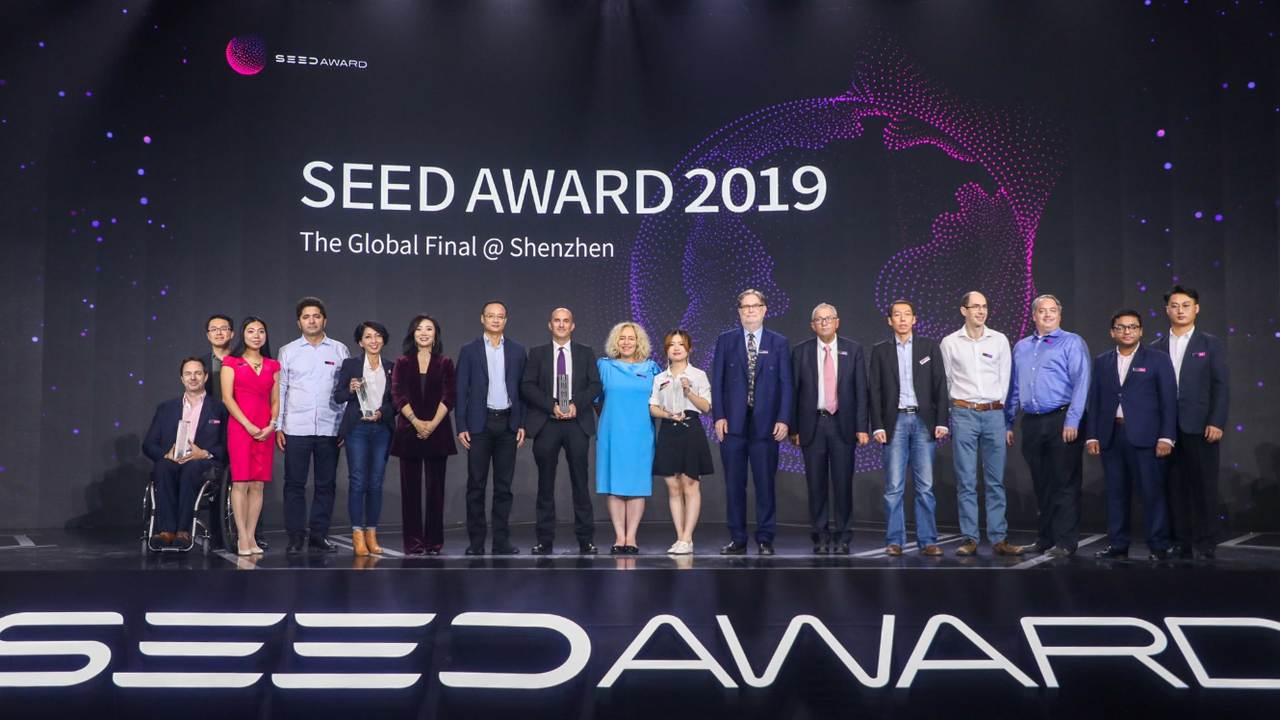 Offstage the Israeli wanted to stress that the journey had only really just begun – but that the Seed Award had further convinced him the “future” was now very close indeed.

Toker’s own journey into the world of medicine started when he was serving as a medic in the Israeli army, and he witnessed first-hand the suffering that was prevalent throughout Rwanda in the 1990s.

“I saw the massacres and I decided I wanted to dedicate my life to medicine and to help people,” revealed Toker.

Matricelf is now preparing for first clinical trials in humans for acute spinal cord injuries while searching for investors – and exploring other projects, too.

Toker revealed backstage in Shenzhen that he had talked to a fellow Seed Award finalist in Richard Hanbury of Sana Health about possible future collaboration.

Sana Health was among the recipients of the Seed Award’s Talent prizes, which also showcased a rich diversity of talent and potential. Sana Health is working on the world’s first pain and sleep management mask, while fellow Talent winner Nobarriers.ai is exploring how EMG signals and AI can change the way human being react. The third Talent prize went to Ampaire which is working to develop options in the field of electric aircraft.

“Between us here, to see the spark in people’s eyes, we hope we can improve the life of millions,” said Toker.

Grazing, gorging or skipping: Which eating pattern is better for weight loss?