Adapting to diseases take place on evolutionary scales but the Devils have adapted in a span of 6-8 generations.

A contagious cancer is threatening Tasmanian devils with extinction, but these unique carnivores — and their human helpers — are adapting at breakneck speed, giving new hope for their survival.

Evolutionary change is usually measured over millennia, but in the craggy mountains of northern Tasmania, it can be seen in real time.  Three decades after the first cases of a fatal transmissible cancer scythed through Tasmanian devil populations, experts are seeing dramatic changes in the 15 percent of creatures that have survived.

The cancer spreads via the bite of an infected individual, usually during mating or when they challenge each other jaw to jaw. 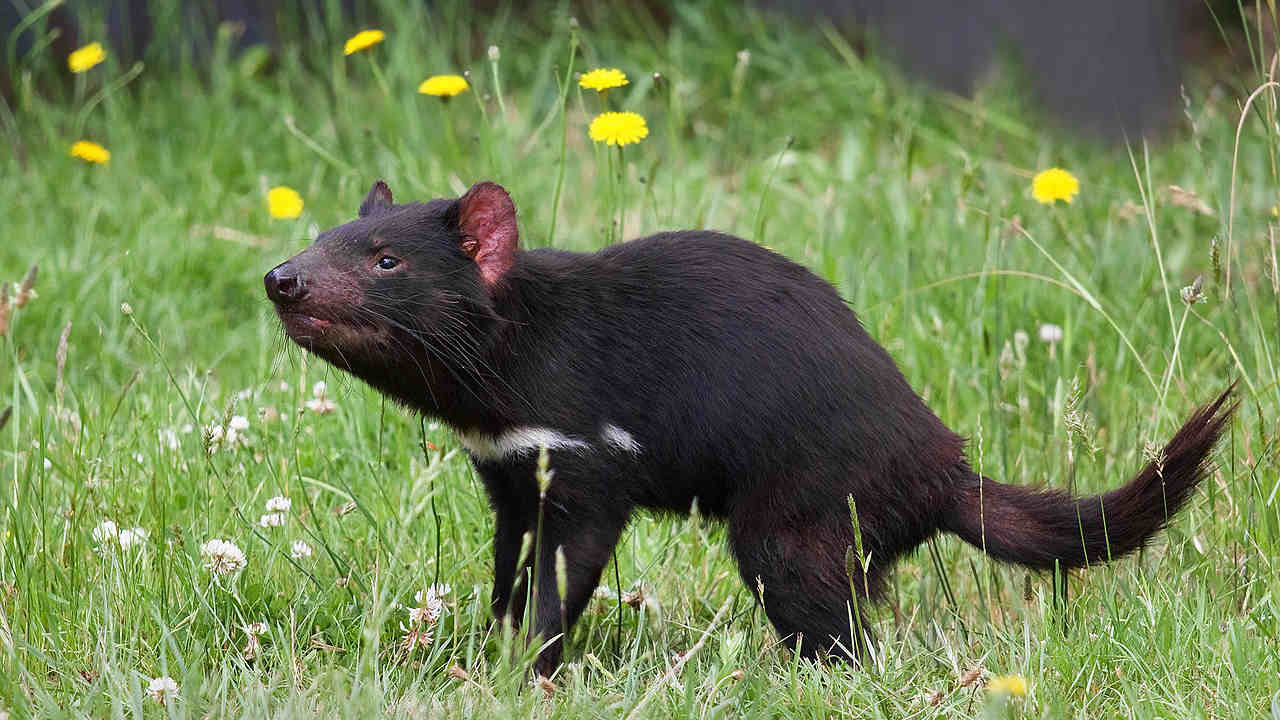 But scientists have reported that the famously feisty devils — now numbering 15,000-18,000 — are fighting back, with the first signs of an immune response reported.

The disease is still almost always fatal, and a second strain is being investigated, but antibodies have been detected in infected animals for the first time and more than two dozen have contracted the cancer and survived.  "We have seen animals that are not contracting the disease. We have seen animals that even if they contract the disease, they survive for much longer,"  said Rodrigo Hamede at the University of Tasmania.

"We are also seeing a small number of animals that have managed to regress tumours — in other words to cure themselves of the cancer."

Chris Coupland is the senior keeper at "Devils @ Cradle", a refuge that allows tourists to see the elusive animals up close, but which also keeps an insurance population — a kind of Ark, safe from the rising tide of disease. "The rate of decline was serious and the risk of extinction was there," he says while playing with two young, relatively tame devils he hand-raised. "It's still there." Coupland reports a number of promising trends, particularly devils mating at a younger age and females being on heat more than once a year.  "For the first time we had multiple oestruses, and that's becoming more common," said Coupland, adding that it was probably due to a lower population density.

Coupland says they are also seeing the survivors become sexually active at an earlier age. With fewer devils, food is more abundant and competition is reduced, allowing the animals to reach mating weight more quickly. "These days they seem to be breeding at one (year old), whereas historically it was two."

Together these trends are helping population numbers stabilise.

Humans are also doing their part, developing databases of devil DNA that allows a handful of centres to breed the animals with maximum genetic diversity. "We have to be cautious of the concept of functional extinction of the animals," said Coupland.

Devils are still listed as endangered on the International Union for Conservation of Nature (IUCN) red list, "right at the upper end of animal conservation classification," he added.

The fate of devils on mainland Australia, where they were wiped out by dingoes, or the extinction of the island's Thylacine or "Tasmanian tiger" offers a cautionary warning.

But Hamede says the startling rate of devils' adaption to the disease is a reason for optimism and could provide clues about human cancer treatment. Adaption happens "all the time with diseases," he said. "But they happen on evolutionary timescales, they are not happening in six to eight generations (12-16 years). This is an incredibly fast evolution."