The multinational effort to create giant sanctuaries around Antarctica to counter climate change and protect the fragile ocean ecosystems have failed.

Opposition from China and Russia torpedoed the proposal at the annual meeting of the Commission for the Conservation of Antarctic Marine Living Resources (CCAMLR), a consortium of 25 nations plus the European Union, sources familiar with the closed-door discussions told AFP. Beijing and Moscow have been key in blocking the scheme since it was first floated by Australia, France and the EU in 2010 before being scaled down in 2017 in an attempt to win greater support.

The meeting in the Australian city of Hobart, which ended late Friday, considered proposals to create conservation parks in three key areas off Antarctica covering a total of some three million square kilometres (1.2 million square miles).

The areas are home to penguins, seals, toothfish, whales and huge numbers of krill — a staple food for many species. The series of proposed marine protected areas (MPAs) would protect that marine life and crucially allow migration between areas for breeding and foraging. An abandoned Antarctic base taken over by penguins. Image: Yuriy Rzhemovskiy/Unsplash

A CCAMLR statement on Saturday said only that proposals for the three marine parks had been "the subject of much discussion" but had failed to gain the required consensus of all members and would be considered again at next year's meeting.

Sources in touch with delegates at the weeklong talks said China and Russia continued to oppose the parks' creation due to concerns over compliance issues and fishing rights. Backers of the proposal had hoped that new data highlighting the negative impact of climate change on the region's fragile ecosystem would have finally convinced doubters to back the marine parks.

"With a growing loss of biodiversity and threats from climate change, it's disheartening that CCAMLR has failed to protect East Antarctic waters for the eighth consecutive year," said Andrea Kavanagh, director of Antarctic and Southern Ocean work at The Pew Charitable Trusts. She noted reports of multiple breeding failures for Adelie penguin colonies, habitat loss in the region and the warmest Southern Ocean temperatures ever recorded as critical signs of the need for urgent action.

"Scientists have been clear that MPA's are needed to make a warming and acidifying ocean more resilient," she said. 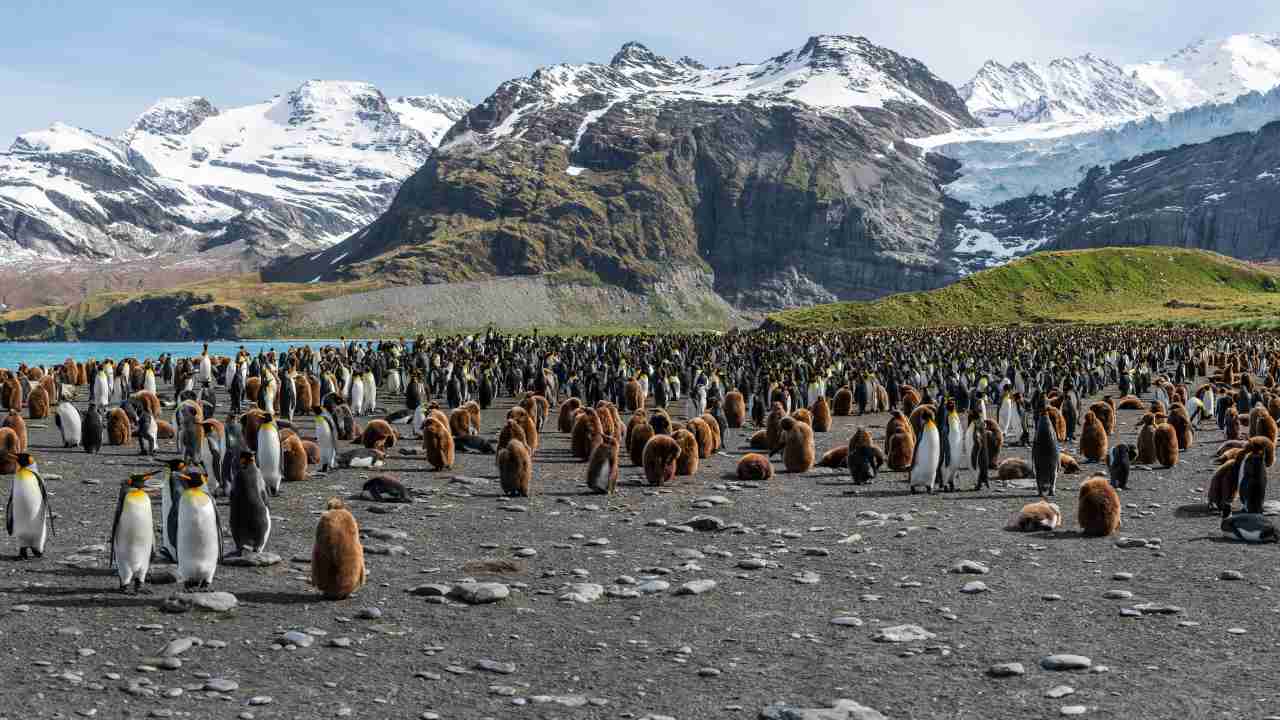 One of the most fantastic wildlife sights on Earth, set against the pristine and beautiful South Georgia and the South Sandwich Islands. Image: Paul Carroll/Unsplash

Darren Kindleysides, CEO of the Australian Marine Conservation Society, also warned that time was running out.

"In 2002 the Antarctic nations committed to creating a network of marine parks," he said. "Seventeen years later, only five per cent of the Southern Ocean is protected, and the task is becoming urgent."

The CCAMLR summit, held in each year in Hobart, was able in 2016 to establish the massive US and New Zealand-backed MPA around the Ross Sea covering an area roughly the size of Britain, Germany and France combined.

The latest proposals would establish additional sanctuaries in East Antarctica, the Weddell Sea and off the Western Antarctic Peninsula.