The images show ripples on land on either side of the Markha river, with alternating light and dark stripes that give it an optical illusion-like quality.

A satellite orbiting the Earth has snapped photographs of a phenomenon that has scientists stumped. An odd landscape seen in the cold Arctic depths of Siberia, Russia, near the Markha River, shows widespread ripples that scientists could not explain. Images from the NASA satellite Landsat 8 were taking over several years, and recently shared by the space agency in its Earth Observatory website. The images show ripples on land on either side of the Markha river, with alternating light and dark stripes that give it an optical illusion-like quality. While visible in all four seasons, the effect is more pronounced during the winter, when white snow gives an even more striking contrast to the pattern, NASA said in the statement. The space agency isn’t entirely sure what causes the pattern on the Siberian ground. 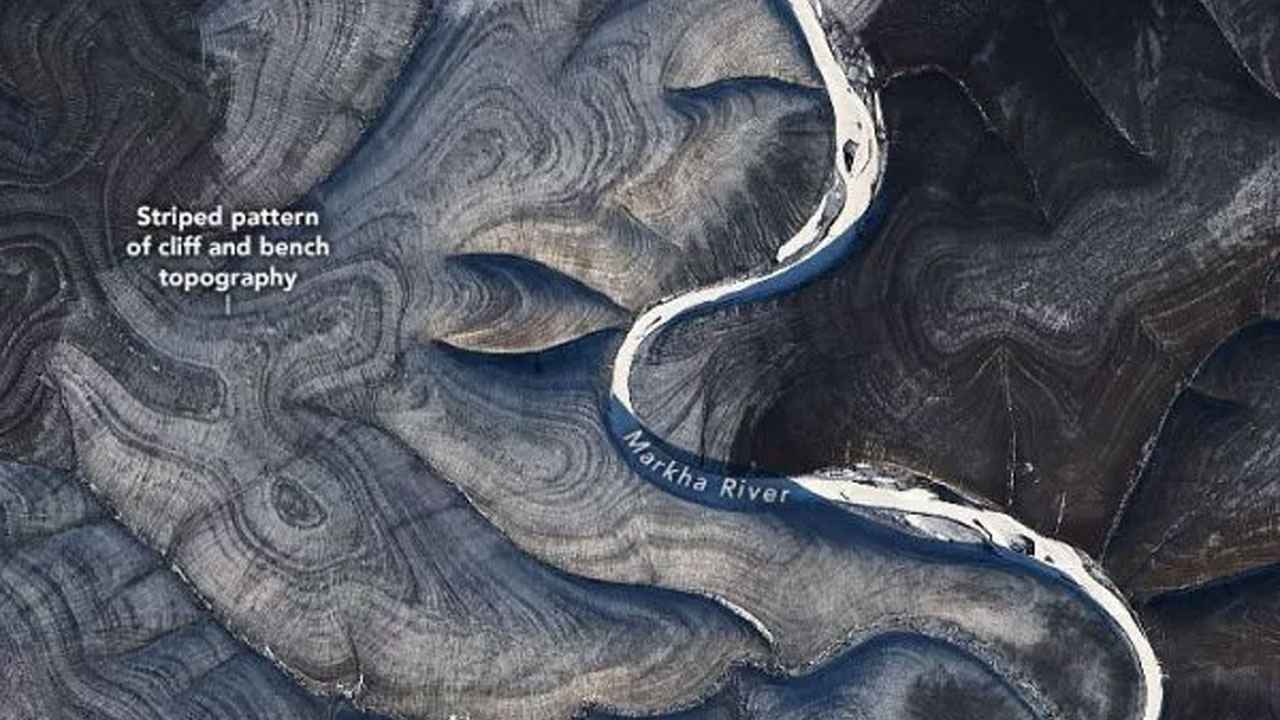 One explanation offered by the space agency was linked to the frigid temperatures in the region. With many Siberian slopes spending 90 percent of the year covered in permafrost that occasionally thaws for brief intervals, there is a continuous freeze-thaw-freezes cycle at work. This could take on strange circular or striped designs called patterned ground, the statement claims, as stones sort themselves out in each freeze-thaw cycle. NASA also admits that other examples seen of patterned ground have been far smaller than the specimen in Siberia. The other explanation that agency ventures is surface erosion. Geologist Thomas Crafford, with the US geological survey, told NASA that the stripes resemble a pattern in sedimentary rock known as layer cake geology, which happens when melting snow or rain runs downhill, chipping away and flushing pieces of sedimentary rock into piles. The resulting slabs of sediment look a lot like slices of a layer cake.