The plume of the eruption punched more than 30 km into the sky and blanketed much of India and Africa in a layer of ash.

About 74,000 years ago a volcanic eruption at what is now Lake Toba in Sumatra, Indonesia, created one of the most dramatic natural disasters of the past two million years. The plume of the eruption punched 30 kilometres or more into the sky, eventually blanketing much of India and parts of Africa in a layer of ash. Some scientists argue the eruption plunged Earth into a six-year “volcanic winter” followed by a thousand-year cooling of the planet’s surface. The long chill, the argument goes, may have resulted in the near extinction of our own species.

One prominent theory says the eruption was a key event in human evolution. If this is right, the few human survivors in Africa would have developed more sophisticated social, symbolic and economic strategies to cope with the harsh conditions. These new strategies might then have enabled them to repopulate Africa and migrate into Europe, Asia and Australia by 60-50,000 years ago. 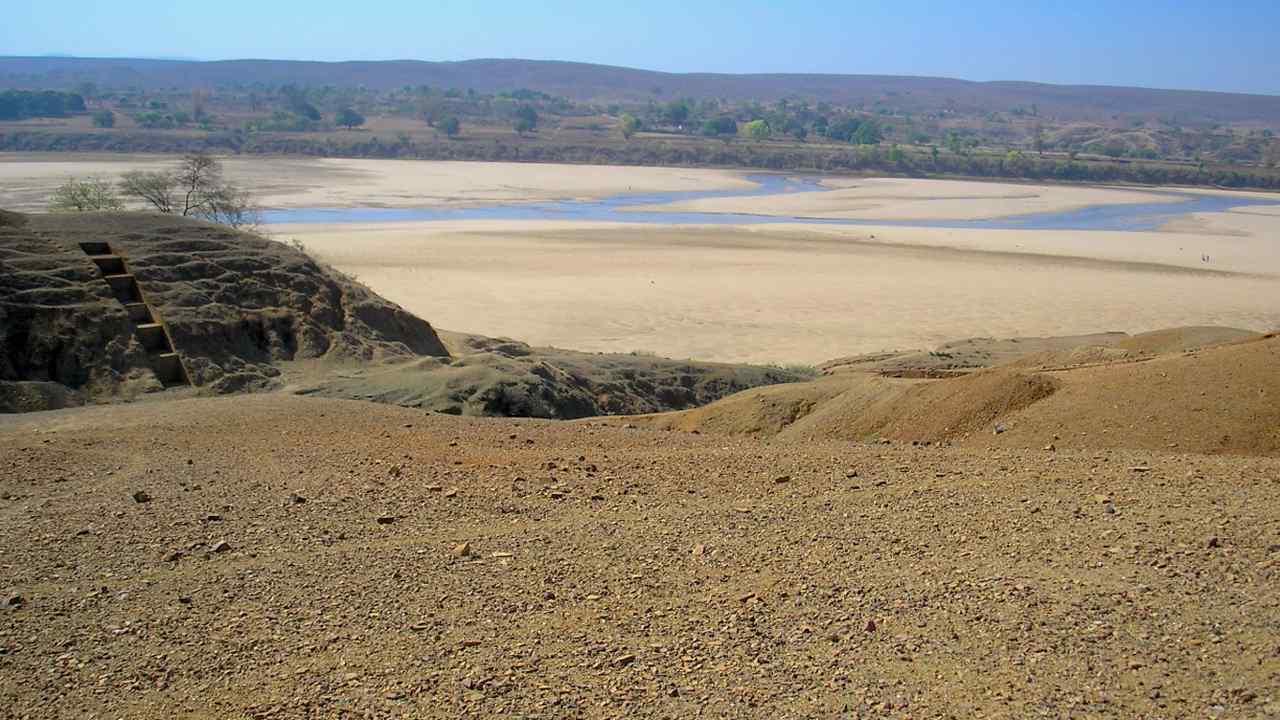 New evidence suggests that humans in India survived the Toba eruption and continued to flourish after it. Image credit: Christina Neudorf, Author provided

It is still unclear how intense the fallout from the Toba eruption really was, and how it affected humans. The debate has been running for decades, drawing on evidence from climate science, geology, archaeology and genetics.

We have found new evidence that humans in India survived the Toba eruption and continued to flourish after it. The study – by researchers from the University of Queensland, the University of Wollongong, the Max Planck Institute for the Science of Human History, the University of Allahabad and others – is published in Nature Communications today.

Living through the eruption

We studied a unique archaeological record that covers 80,000 years at the Dhaba site in the middle Son valley of northern India. Ash from the Toba eruption was found in the Son valley back in the 1980s, but until now there was no archaeological evidence to go with it.

The Dhaba site fills a major time gap in our understanding of how ancient humans survived and migrated out of Africa and across the world. The stone tools we found at Dhaba are similar to the ones people were using in Africa at the same time. Some of the stone tools found at Dhaba. Image credit: Chris Clarkson

These toolkits were present at Dhaba before and after the Toba super-eruption, indicating that populations survived the event. It is likely that humans made the same kinds of tools all along the dispersal route from Africa through India, reaching Australia by at least 65,000 years ago.

Dhaba, therefore, provides a crucial cultural link between Africa, Asia and Australia. Although fossil and genetic evidence indicate modern humans have lived outside Africa for the past 200,000 years (at sites such as Apedima, Misliya,
Qafzeh, Skhul, Al Wusta and Fuyan cave) only human fossil evidence can prove beyond doubt they were in India 80,000 years ago.

Putting together the puzzle

Climate and vegetation records from Lake Malawi in East Africa likewise show no evidence for a volcanic winter at the time of the eruption. Genetic studies similarly have not detected a clear population bottleneck around 74,000 years ago. 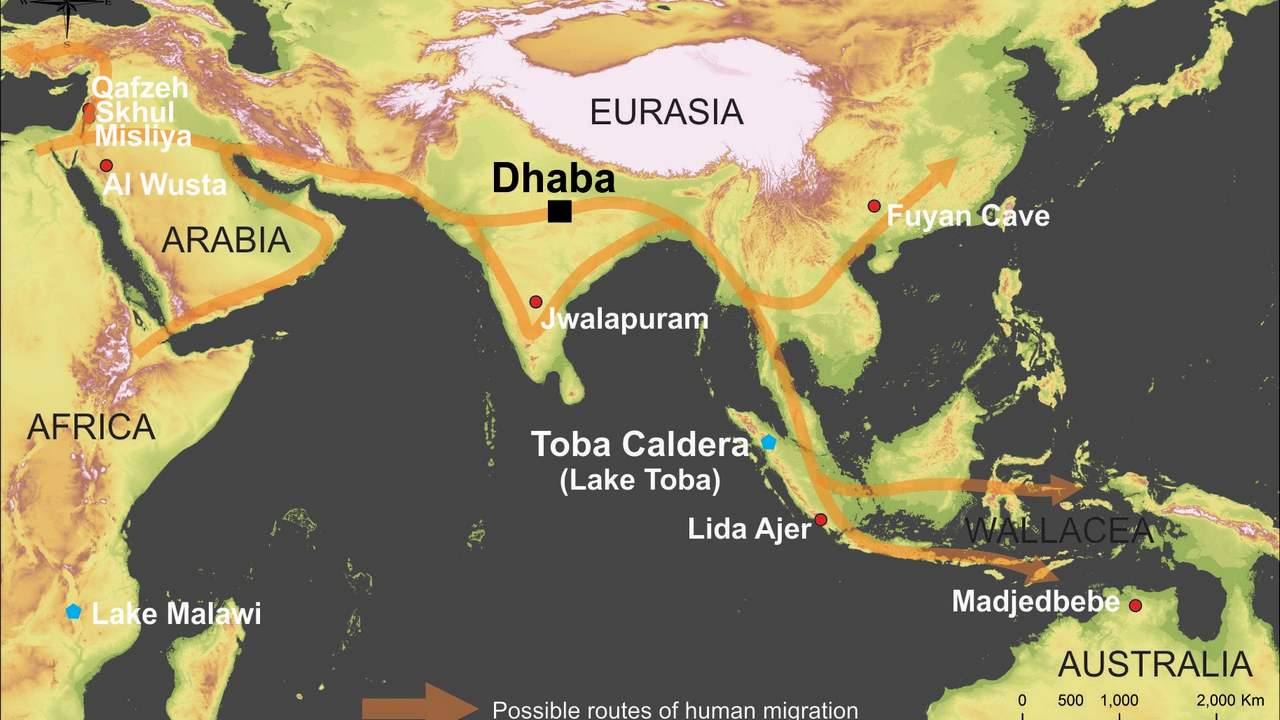 At Jwalapuram, in southern India, Michael Petraglia and colleagues found similar Middle Palaeolithic stone tools above and below a thick layer of Toba ash. At the Lida Ajer site in Sumatra, close to the eruption itself, Kira Westaway and colleagues found human teeth dated to 73,000-63,000 years ago. This indicates humans were living in Sumatra, in a closed-canopy rainforest environment not long after the eruption.

In any case, archaeological evidence suggests that humans survived and coped with one of the largest volcanic events in human history. Small bands of hunter-gatherers turned out to be highly adaptable in the face of climate change.

Chris Clarkson, Professor in Archaeology, The University of Queensland and Michael Petraglia, Professor of Archaeology, Max Planck Institute for the Science of Human History