The Winter campaign for the 2019 collection of the luxury brand features XR activists and other models.

In a bold fashion statement, luxury fashion house Stella McCartney has teamed up with climate change activist group Extinction Rebellion to promote its fashion brand's Winter 2019 Collection. Founder and designer of the brand, Stella McCartney, has constantly advocated sustainability and environmentally-friendly clothing. She has committed her company to be an ethical fashion brand that is "committed to operating a modern and responsible business".

Their collaboration with the Extinction Rebellion (XR) is highly unlikely and seems like a random turn of events. XR is a socio-political movement that was started by Gail Bradbrook and Roger Hallam, to fight to mitigate climate change, conserve and protect the environment. 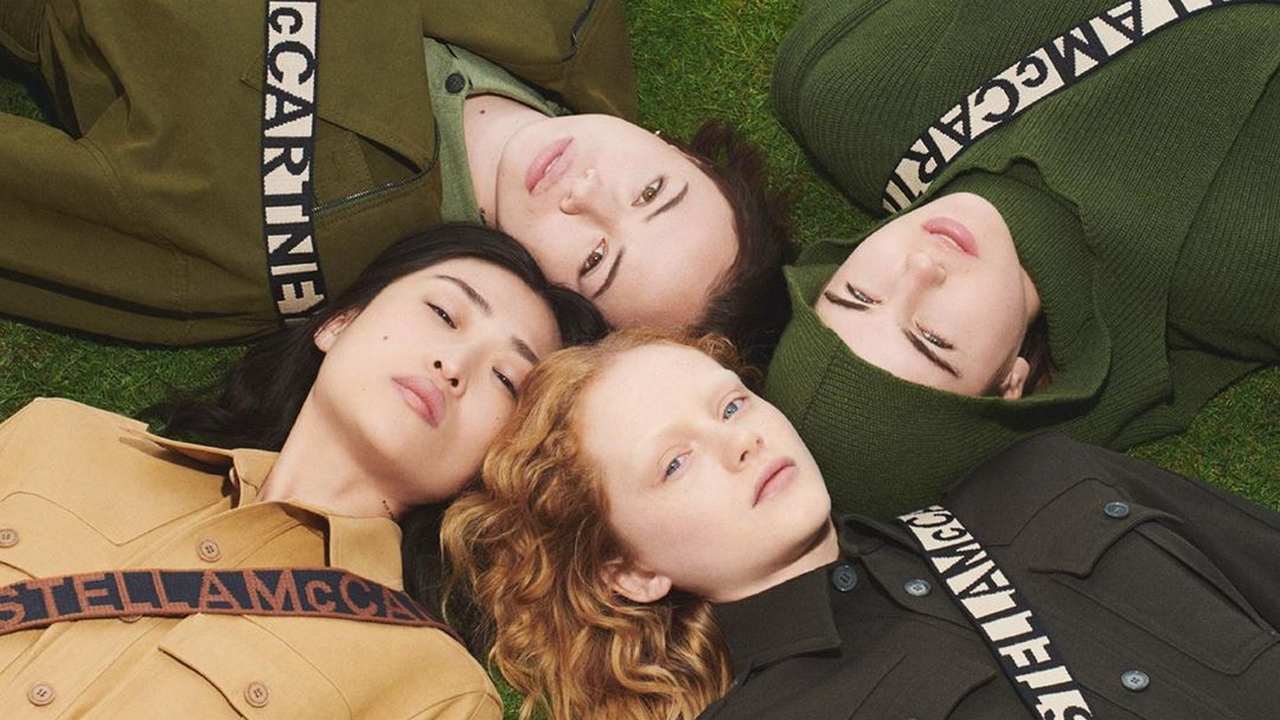 One of the images from the new winter collection. Image credit: Instagram/Stella McCartney

XR members Deya Ward, Ruby Munslow and Tori Tsui modelled for the clothing company and were joined by McCartney’s friend and Hollywood actress Amber Valleta. Models Emma Laird, Chloe Pearson, Chu Wong and Trinity Hill were also part of the winter campaign. They were photographed by British photographer Johnny Dufort on the Welsh coast, in the United Kingdom.

Facing the future with @AmberValletta for #StellaWinter19, shot on the pristine Welsh coast by @JohnnyDufort. ⁣⁣ In an era of climate crisis, action is more important than ever. Our campaign features a cast of change agents as we stand together for our planet.⁣⁣ ⁣⁣ #NoPlanetB #AgentsForChange⁣⁣ ⁣⁣ Photographer: @JohnnyDufort⁣⁣ Hair: @GaryGillHair⁣⁣ Make-up: @ThomasDeKluyver

The reason this collaboration seems improbable? The London branch of XR had stormed the London Fashion Week (LFW) in February this year and disrupted fashion shows. They did this to call attention to the unsustainable methods and the fast fashion trend that the fashion industry promotes and thrives in. Fast fashion is a term that talks about the fashion trends that jump out from the catwalks of these shows, with every season and onto racks of all retail stores. With changing seasons, clothes from the previous season fall out whats "trend", and are thrown away to make room for the next season. These discarded clothes end up in landfills, and take anywhere from 4 months to 40 years to decompose. In some extreme cases, brands like Burberry, Louis Vitton, Nike, to name a few, burn their clothes to maintain their exclusive status, according to a Vox report. This also adds to the carbon emissions and pollution of air because of the different chemicals that are released from the clothing. Textile production creates 1.2 billion tons of greenhouse gas emissions annually. The underutilization of clothes and its waste costs the global economy 500 billion US dollars a year. XR came up with what seemed like a simple solution. They petitioned the British Fashion Council (did you know this existed? I didn’t) to pull the brakes on fashion weeks because of all the pollution it causes.

We face an existential threat if we do not change course by 2020, yet meaningful action has not yet begun. We need culture to lead the way. Fashion is one of the most polluting industries and one of the most influential. Fashion should be a cultural signifier of our times, and yet it still adheres to an archaic system of seasonal fashion and relentless newness at a time of emergency. 🚨 ⁣ ⁣ On the 26th of July, we sent a letter to the British Fashion Council. “In recognition of the existential threat that faces us, we ask the British Fashion Council to be the leaders the world needs now and to cancel London Fashion Week. We ask that instead the industry convene a People’s Assembly of industry professionals and designers as a platform to declare a Climate and Ecological Emergency, to face the truth and to take action following in the footsteps of The Tate and Culture Declares.” The BFC agree “We are facing a climate change emergency and all need to act” but we don’t see emergency action.⁣ ⁣ We will not stand by while the natural world is being taken from beneath our feet. We will send a clear sign to the fashion industry that business as usual is leading us to extinction. A post shared by Extinction Rebellion (@extinctionrebellion) on Aug 5, 2019 at 11:31am PDT

While this is a new campaign has an environment-conscious motive to it, the designer and the group has received a lot of flak because of it.

The group had previously announced that they will not buy new clothes for the rest of this year with a Twitter account - XR Boycott Fashion. With this in mind, critics online questioned the group's support and involvement in a luxury brand that promotes the buying of new clothes. (how else would they run their business?)

However, this campaign was not supposed to be about “making sense” but about getting people to start a conversation around the subject. (What better way to start talking about a topic, than doing something so outrageous that it would leave everyone reeling?)

A member of XR who was also part of the photoshoot, Sara Arnold confirmed this in an interview with Vogue, “Stella is using her platform to give us a platform, and that’s creating a conversation.That’s the great thing the fashion industry can do—it’s one of the most polluting industries in the world, but it’s also one of the most influential. There are limitations on what it can do [to address climate change], but I don’t think there are limitations on how you can use that platform.”

Facing the future with @AmberValletta for #StellaWinter19, shot on the pristine Welsh coast by @JohnnyDufort. ⁣⁣ In an era of climate crisis, action is more important than ever. Our campaign features a cast of change agents as we stand together for our planet.⁣⁣ ⁣⁣ #NoPlanetB #AgentsForChange⁣⁣ ⁣⁣ Photographer: @JohnnyDufort⁣⁣ Hair: @GaryGillHair⁣⁣ Make-up: @ThomasDeKluyver

A member of XR and pseudo model for McCartney, Tori Tsui defended XR's decision to take part in this campaign and showed her support for the brand in the same interview with Vogue. She said, "I think there is a mutual understanding between Extinction Rebellion’s boycott on fashion and what Stella is trying to achieve. She understands the climate crisis and why people are frustrated [with the status quo]. What the boycott is meant to do is tell the story of an emergency. We know it won’t be realistic for everyone [to stop shopping], but if you can’t boycott fashion entirely, buy sustainable. If you can’t go vegan, try to eat less meat. If you can’t stop flying, then offset your emissions. People like Stella are achieving a lot just by making these ideas more mainstream."

At the edge of the Earth with Extinction Rebellion members @RubyTues__, @ToriTsui_, @DeyaWard, @trinityyyhill and other #AgentsForChange for #StellaWinter19. Will you stand with us?⁣ ⁣ In an era of climate crisis, action is more important than ever. Our campaign features a cast of change agents as we join forces for the future of our planet.⁣ ⁣ #NoPlanetB #AgentsForChange #XR⁣ ⁣ Photographer: @JohnnyDufort⁣ Hair: @GaryGillHair⁣ Make-up: @ThomasDeKluyver A post shared by Stella McCartney (@stellamccartney) on Jul 25, 2019 at 7:00am PDT

The social media campaign for the collection includes a social media series on 'How to Save the World' with tips on ways everyone can fight the ongoing crisis. A short film is also expected to release in September, featuring anthropologist and primatologist Jane Goodall and XR's Valleta narrating a Jonathan Safran Foer poem.

The fashion collection itself has followed the sustainable route, as per their website, with dresses made from archival fabric and sustainable viscose. The denim is made from organic cotton and sunglasses from biodegradable bio-acetate. ECONYL® regenerated nylon was used to make the Stella McCartney bags. While there's undoubtedly a lot of fashion weeks that aren't environmentally-friendly, here's to more planet-forward fashion and fashion collaborations.