Scientists think a second planet also orbits the star, and a third, that was ejected from the system billions of years ago.

Scientists are expressing surprise after discovering a solar system 30 light-years away from Earth that defies current understanding about planet formation, with a large Jupiter-like planet orbiting a diminutive star known as a red dwarf. Stars generally are much bigger than even the largest planets that orbit them. But in this case, the star and the planet are not much different in size, the researchers said on Thursday.

The star, called GJ 3512, is about 12 percent the size of our sun, while the planet that orbits it has a mass of at least about half of Jupiter, our solar system’s largest planet.

"An absolute surprise," said astrophysicist Juan Carlos Morales of the Institute of Space Studies of Catalonia at the Institute of Space Sciences in Spain, who led the research published in the journal Science. "The discovery was surprising because theoretical formation models suggest that low-mass stars typically host small planets, similar to Earth or small Neptunes. In this case, we have found a gas giant planet similar to Jupiter around a very small star," Morales added. 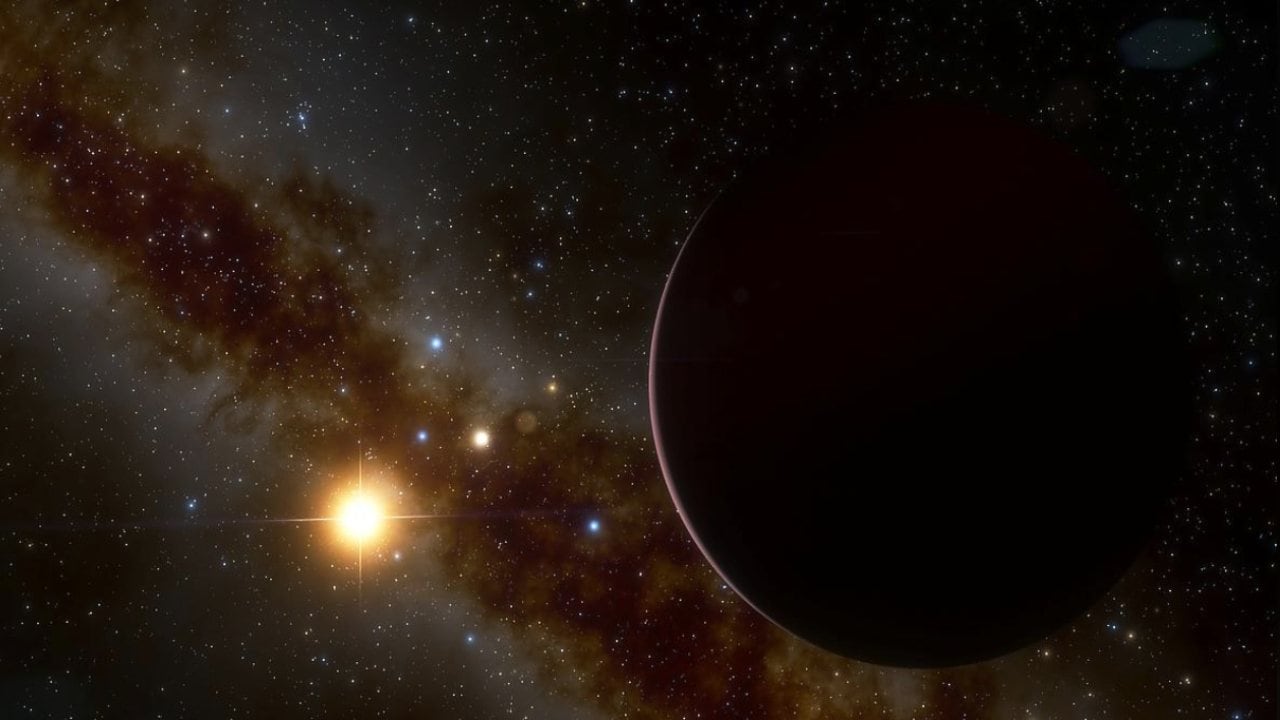 The planet, which like Jupiter is composed mainly of gas, was discovered using a telescope at the Calar Alto Observatory in Spain. It travels around its star in a very elliptical orbit lasting 204 days. Red dwarfs are small, with relatively low surface temperatures. GJ 3512 is not only much smaller than our sun, it is somewhat comparable in size to a very large planet, being only about 35 percent bigger than Jupiter.

"They emit less energy, so they are fainter than the sun, and their surface temperature is rather cool, below 3800 degrees Kelvin" — (3,527 degrees Celsius) — "approximately. This is why the have a reddish colour," Morales said.

There is evidence of a second planet currently orbiting the star, while a third planet might have been ejected from the star system in the past, explaining the elliptical orbit of the Jupiter-like planet, Morales said.

Planets are born from the same disk of interstellar gas and dust that produces the star around which they orbit. Under the leading model for planetary formation, called the “core accretion” model, an object initially forms from solid particles in the disk and the gravitational tug of this embryonic planet allows for an atmosphere to arise from the surrounding gas.

A competing model, called the gravitational instability model, may explain this unusual system.

“In this case, the protoplanetary disk around the young star may be slightly more massive than expected and cold,” Morales said. “This makes the disk become unstable so some dense regions can appear. These clumps can grow until they collapse, forming a planet.”