The radio telescope is going to be composed of 197 dishes in total. All of them will be 15 metres in diameter.

The South African Radio Astronomy Observatory (SARAO) announced that the Square Kilometre Array Observatory (SKAO) project was successfully launched on Monday. This was finalised after a meeting of SKAO council members held last week approved the establishment of the world’s largest radio telescope. According to NASA, the Square Kilometre Array will be built in South Africa and Western Australia and the construction and working will take around 10 years. The project aims to measure neutral hydrogen over cosmic time so that the signals from pulsars in the Milky Way can be timed accurately. This will in turn help detect millions of galaxies out to high redshifts. 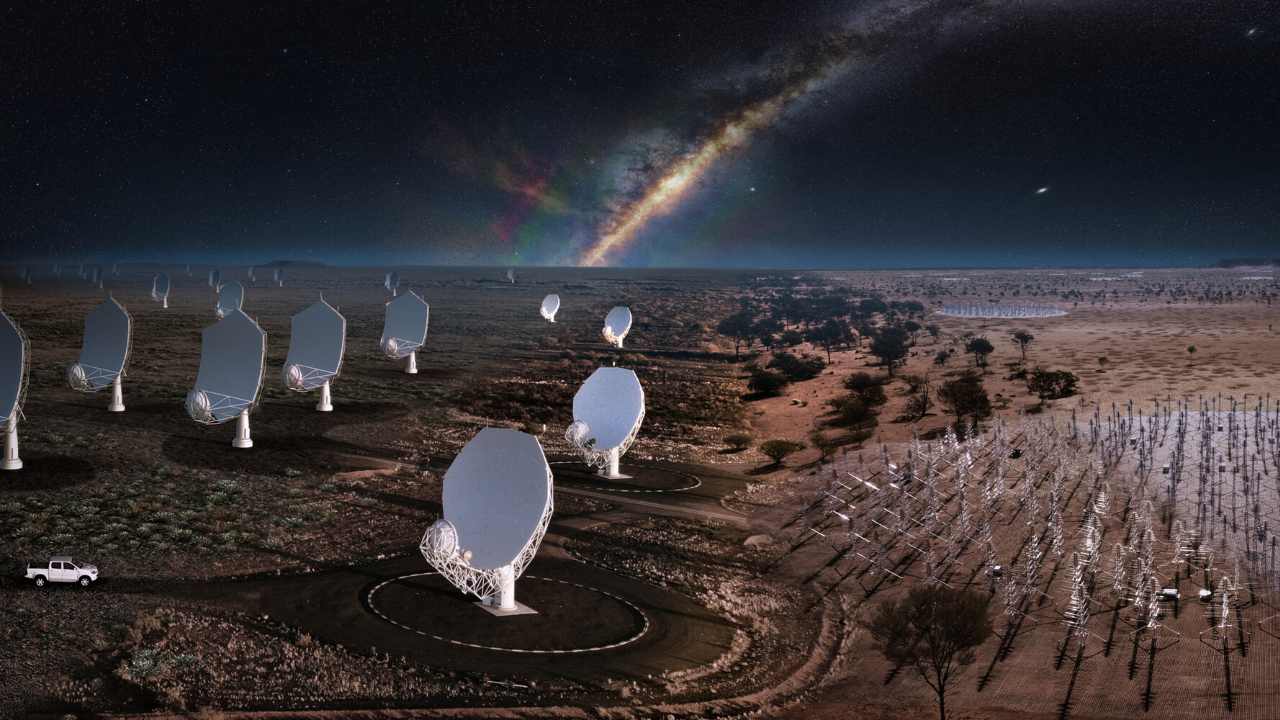 Nighttime composite image of the SKA combining all elements in South Africa and Australia. Credit: SKAO, ICRAR, SARAO / Acknowledgment: The GLEAM view of the centre of the Milky Way, in radio colour. Credit: Natasha Hurley-Walker Image credit: Curtin / ICRAR) and the GLEAM Team.

SKAO is a new intergovernmental organisation that has a council consisting of several country members. With the headquarters in the United Kingdom, the present members are Australia, India, Italy, Canada, China, South Africa, Sweden, New Zealand, the Netherlands and the UK.

In South Africa, the radio telescope is going to be composed of 197 dishes in total and all of them will be 15 metres in diameter. Of the total number of dishes, there are going to be 64 dishes of South Africa’s MeerKAT instrument.

On the other hand, Australia will have several antennas each being two metres in height. Both the arrays will work through complementary frequencies of the radio spectrum. The report added that staff is going to be recruited in South Africa as well as Australia in a few months.

The radio telescope or the SKA will be constructed, operated and maintained by SKAO in association with SARAO and Australia’s Commonwealth Scientific and Industrial Research Organisation. Over £1.8 billion funding is going to go in the erection of the SKA over the period of the next decade.

The first Chair of the SKAO is French astronomer Dr Catherine Cesarsky. The meeting held on 4 February and the launch of the project on 8 February was tagged as a “historic moment for radio astronomy” by Cesarsky.