According to a report in Business Insider, as the rocket started its journey from Cape Canaveral, Florida and traversed over the Atlantic Ocean, it created a glowing-cloud phenomenon which multiple people documented and shared on social media. The cloud was created due to the rocket's exhaust fumes catching the morning's sunlight. 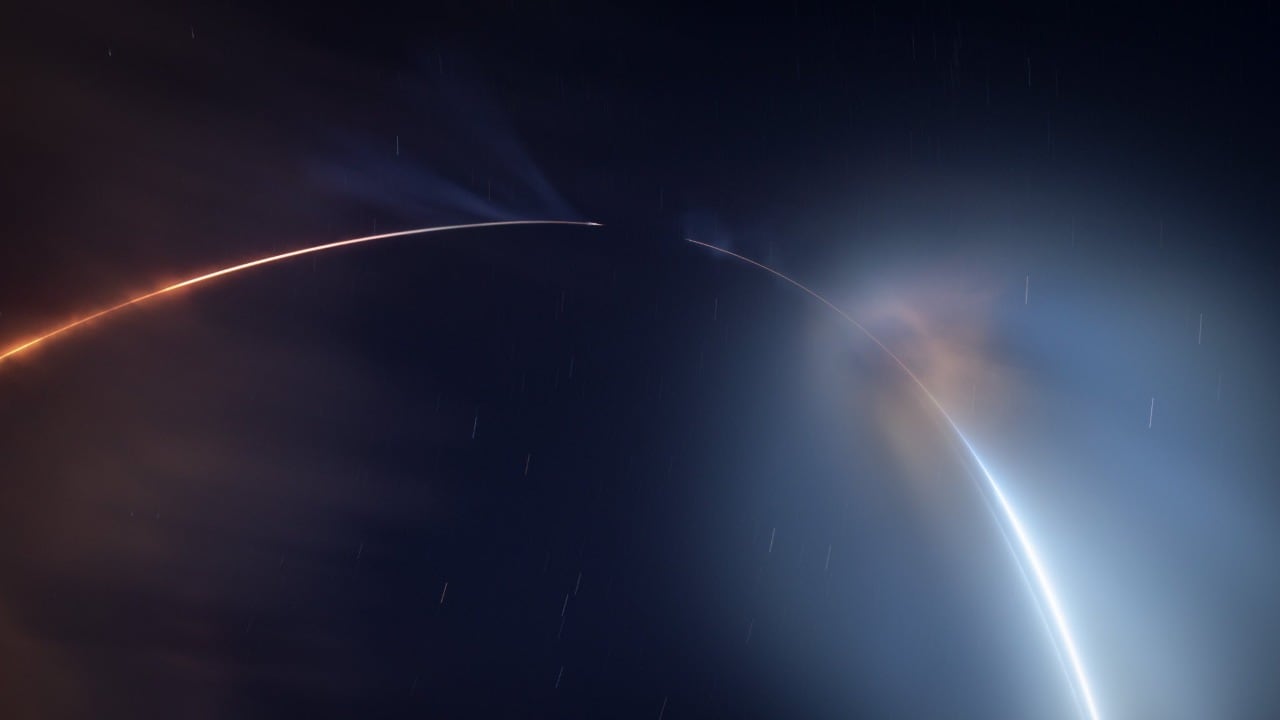 The blue rainbow that took place because of the Starlink launch. Image credit: Twitter/@johnpisaniphoto

Minutes after the launch, photographer John Pisani tweeted two mesmerising long-exposure photographs that he had captured of the rocket ascending to orbit. "An epic display on Florida's Space Coast this morning,” Pisani captioned.

The entire time-lapse of entire pre-dawn Falcon 9 launch was shared on Twitter by John Kraus, the house photographer for the space media company SuperCluster.

SuperCluster also shared a still image captured by Kraus showing how the expanding exhaust plume brightened the predawn twilight with a rainbow of colours.

A picture captured and shared by photographer Greg Diesel Walck highlighted how the high-altitude winds blew around the exhaust trail, creating a snake-like pattern in the sky.

Teacher and part-time reporter Jamie Groh also tweeted a picture of the predawn Falcon 9 launch. The image that Groh captured was captured 140 miles away from the rocket's launch site.

"WOAH! A #SpaceX #Starlink launch into astronomical twilight is the absolute BEST WAY to start your day. I'm fairly certain all of my neighbors were wondering why there was a crazy lady outside screaming at 5 am," Groh wrote.

WOAH! A #SpaceX #Starlink launch into astronomical twilight is the absolute BEST WAY to start your day. I'm fairly certain all of my neighbors were wondering why there was a crazy lady outside screaming at 5am.

According to a report in CBS, SkySats provide high-definition commercial imagery which can be used by government agencies or other establishments to monitor a number of things on a daily basis.

With the launch of the SkySats, SpaceX plans to begin offering space-based internet service across the northern United States and Canada later in 2020 with an initial fleet of more than 700 satellites, the report added.