Its been 1 year, 6 months & 12 days since Starman & Elon Musk's Tesla Roadster were launched.

After one year, six months, and twelve days, Starman and Elon Musk's Tesla Roadster have completed their first complete orbit of the sun.

The car has exceeded its 57,936-kilometre warranty 21,200 times while driving around the Sun, moving at a speed of 120,922 kph, according to whereisroadster.com. Musk is probably disappointed that the Roadster isn't the fastest man-made object around, though. That record is currently held by the Helios 2 probe, which hit a velocity in excess of 160,000 kph while orbiting the sun.

There's still a long time to go before Starman, a comic-inspired character recreated by SpaceX as a mannequin dressed in a spacesuit, returns and makes its touchdown on Earth. If you're wondering where it is now right now, you can head to this live Starman tracker. 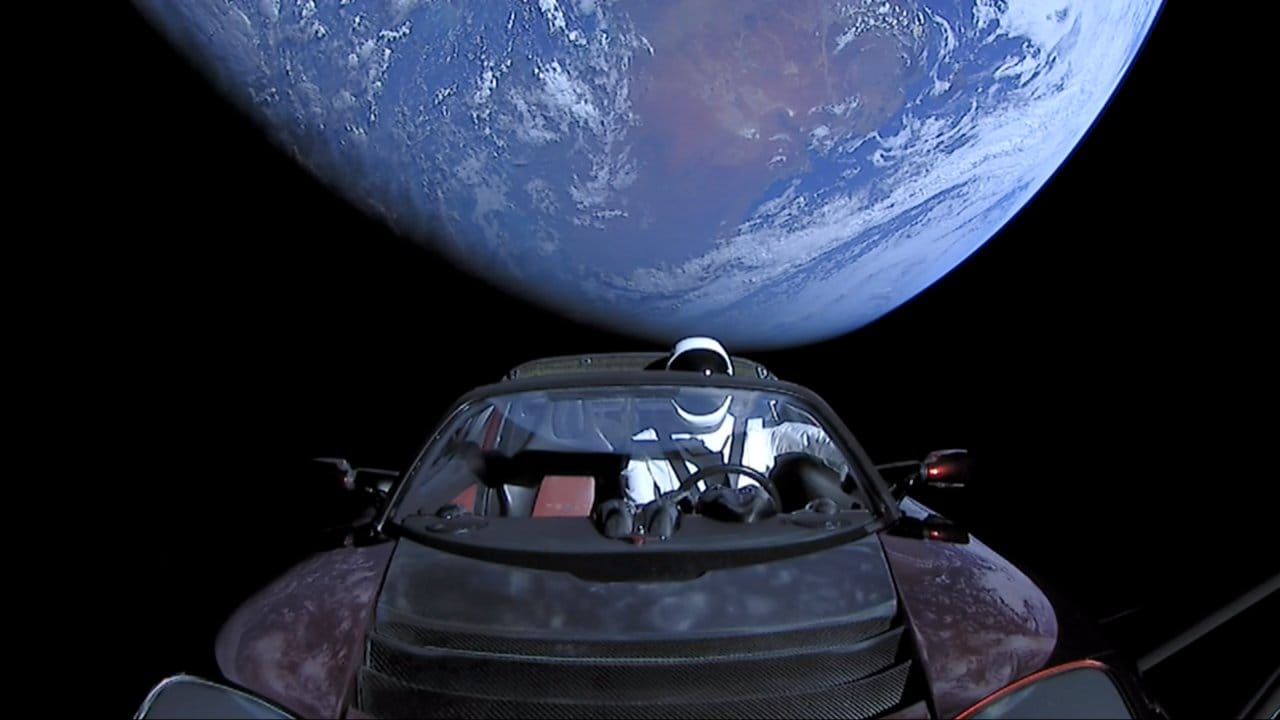 The Roadster was launched as the star payload on the first test of SpaceX's Falcon Heavy in February 2018. The car was SpaceX and Tesla CEO Elon Musk's personal vehicle and was blasting David Bowie's 1969 classic 'Space Oddity' as the rocket blasted off, over and over till the car's battery runs out.

Musk acknowledged that the cargo was “kinda silly and fun,” but he added that “silly and fun things are important.” By November, Starman had passed the orbit of Mars and was heading out towards the asteroid belt.

It will be possible to catch a glimpse of the red Roadster on 5 November 2020, when the electric car is expected to be a little under 52 million kilometres away. The vehicle isn’t expected to reach earth again until 2047, according to Digital Trends.

There's a chance that NASA will meet Starman in space, with the planned Mars 2020 mission looking to collect samples from Mars and return them to Earth to study. It remains to be seen whether Starman and his Tesla Roadster survive long enough in the harsh, radiation-ridden environment of space.

Blue light from using screens in the dark could speed up blindness: Study