The two side boosters made a successful landing o but the core centre was lost to the sea.

SpaceX’s Falcon Heavy has finally launched a 12.00 pm IST after a few delays. The rocket was launched from NASA’s Kennedy Space Center in Florida. This is the first time that a SpaceX launch has taken place at night.

There are 24 payloads that will be launched at three different orbits and the rocket is expected to undergo four separate upper stage engine burns. Twelve minutes into the liftoff, deployment of the payloads will begin and it is expected to end almost four hours after the liftoff. The total mission is expected to last six hours. University experiments and payloads form private organizations are also being sent up along with 152 metal capsules of human ashes as a part of a private company.

The mission is reusing the side boosters from the Arabsat-6A mission from April. It made a successful landing on SpaceX's landing zones 1 and 2 at Cape Canaveral Air Force Station in Florida. This is the first time that the boosters have been reused in a Falcon Heavy mission.

The core centre was supposed to land on the 'Of Course I Love You' drone ship that is stationed in the Atlantic Ocean 768 miles away from shore, which is the furthest it has ever been. The core centre missed its mark on the landing pad and plunged into the ocean. The last time they tried to capture the core centre was not successful as well. The core landed on the pad but they lost it to the rough seas. 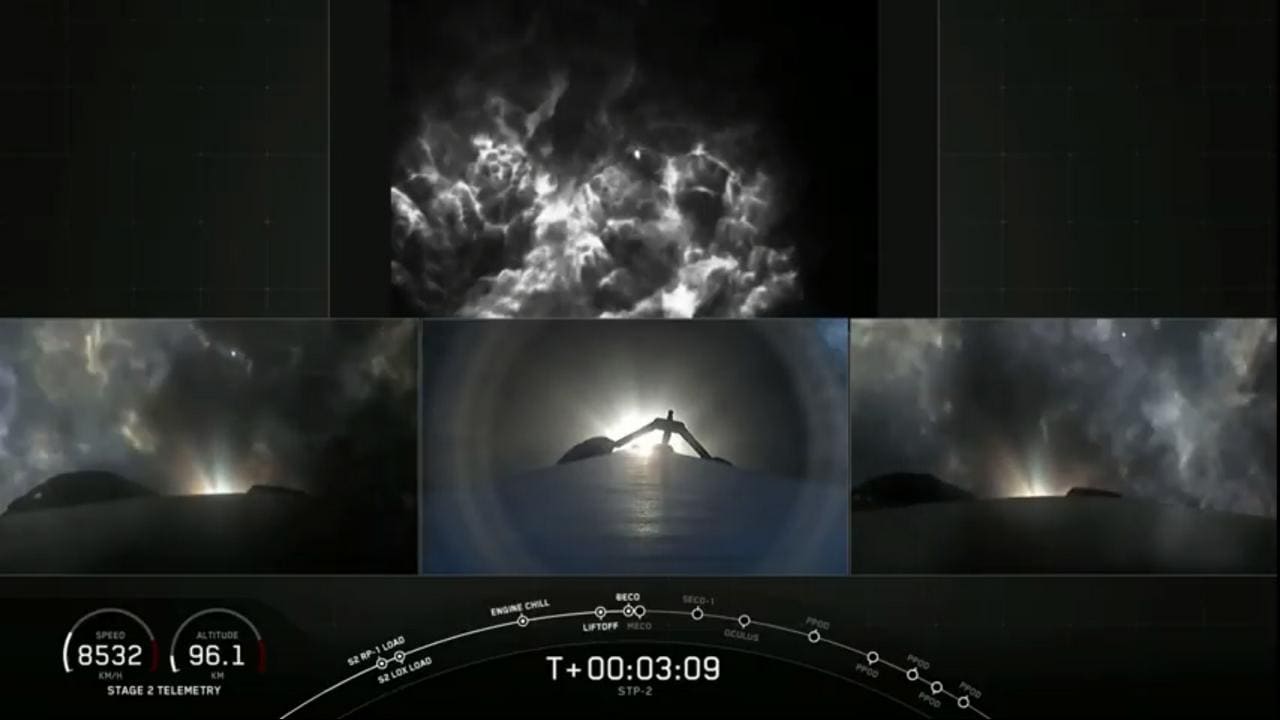 The side boosters separate and is heading back to Cape Canaveral. image credit: SpaceX

While the core stage is identical to the side stages, it separates from the payload at a much higher altitude, which means it's returning to the Earth at a much higher speed than the boosters.