SpaceX delayed the launch of its mega rocket Falcon Heavy on 10 April after dangerously high wind speeds threatened to mess with the launch mission. This is the third delay to the Falcon Heavy's first-ever commercial launch, which has now been tentatively moved to the next available window on Thursday, 11 April 6.35 pm ET (Friday, 4.05 am IST), weather permitting.

The Falcon Heavy will launch the Arabsat-6A satellite, owned by Arabsat and the King Abdulaziz City for Science and Technology, in SpaceX's fourth launch this year, and the first of two Falcon Heavy launches in 2019.

The launch will take place from the historic Pad 39A at NASA's Kennedy Spaceflight Centre. Once it begins, the launch window will remain open for roughly 2 hours. 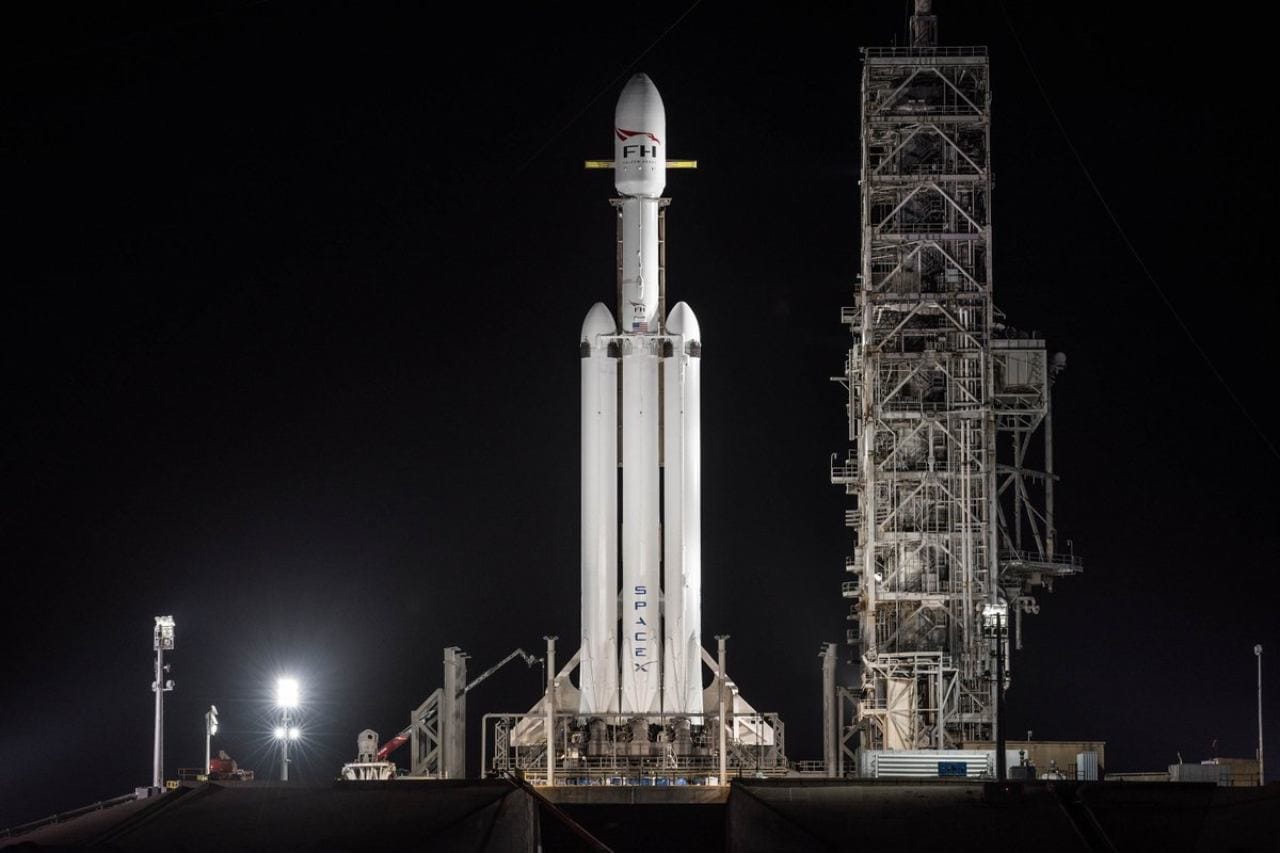 The SpaceX Falcon Heavy on the launchpad. Image: SpaceX

Arabsat-6A: All you need to know

Falcon Heavy's payload is the 6,000-kilogram Arabsat-6A communications satellite for Saudi Arabian telecom giant Arabsat. It will be the Falcon Heavy rocket's second flight, and the first commercial one, after the test in February 2018.

Along with the Hellas Sat-4/SaudiGeoSat-1, the Arabsat-6A satellite under the Arabsat-6G program is the most advanced commercial communications satellites ever built by space technology company Lockheed Martin. It is based on an updated A2100 bus and uses a brand new solar panel technology. Positioned in the geostationary orbit, Arabsat-6A is expected to last 15 years, provide television, internet, telephone and secure communication services to the Middle East, Africa and Europe, according to Space.com.

The Falcon Heavy: All you need to know

The Falcon Heavy is the most powerful rocket in the world today. With three first-stage boosters akin to SpaceX's Falcon 9 rockets, the Falcon Heavy boosters, too, are designed to fly back to Earth and be reusable.

Falcon Heavy’s 27 Merlin engines generate more than 5 million pounds of thrust at liftoff, making it the world’s most powerful operational rocket by a factor of two pic.twitter.com/0LGaLgdi13

Last year’s test flight of the Falcon Heavy put a sports car — SpaceX CEO Elon Musk's very own Tesla convertible — into space. It's most certainly still in orbit around the Sun with a mannequin at the wheel. The rocket's twin boosters made a simultaneous landing on pads at Cape Canaveral successfully after their maiden flights. But the core booster of the rocket didn't fare as well, missing its landing on the 'Of course, I still love you!' drone ship in the Atlantic by a short distance. A live stream of the launch will be available half an hour before liftoff on SpaceX's YouTube page.