Space debris weighing 18,000 kgs from a Chinese rocket crashes into the Atlantic Ocean

The core stage of the rocket was launched on 5 May before re-entering Earth’s atmosphere and crashing off the west coast of northwest Africa.

Part of a Chinese rocket weighing around 18,000 kgs crashed into the Atlantic Ocean on Monday in an uncontrolled descent. The debris measured 30.48 metres.

According to a report in Science Alert, this is the most significant uncontrolled descent of human-made space debris in decades. The core stage of the Chinese Long March 5B (CZ- 5B) rocket which was launched on 5 May spent several days in orbit before re-entering Earth’s atmosphere and crashing off the west coast of northwest Africa.

CNN reported that the debris passed directly over Los Angeles and Central Park in New York City before landing in the Atlantic Ocean. 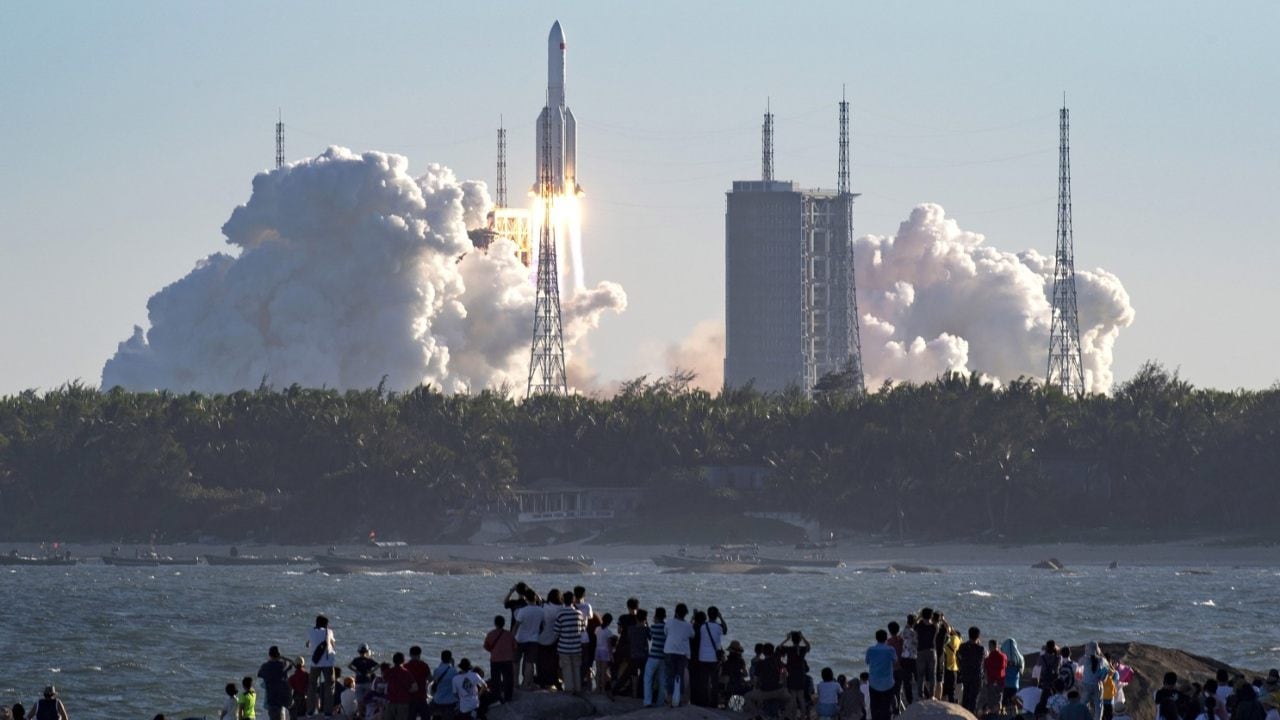 In this photo released by Xinhua News Agency, China's new large carrier rocket Long March-5B blasts off from the Wenchang Space Launch Center in southern China's Hainan Province, May 5, 2020. The Long March-5B made its maiden flight on Tuesday, sending the trial version of China's new-generation manned spaceship and a cargo return capsule for test into space. Image credit: Guo Cheng/Xinhua via AP

The only larger human-made pieces to ever fall from space were Skylab in 1979, Skylab's rocket stage in 1975 and Salyut 7 in 1991. The report added that the space shuttle Columbia from 2003 could also be added to the list since it became uncontrolled on its descent to Earth.

Astronomer Jonathan McDowell from the Harvard-Smithsonian Centre for Astrophysics tweeted about the descent. “At 17.8 tonnes, it is the most massive object to make an uncontrolled re-entry since the 39-tonne Salyut–7 in 1991, unless you count OV–102 Columbia in 2003,” he wrote.

The descent was also confirmed by the 18th Space Control Squadron, a unit of the US Air Force that detects and tracks all artificial objects in Earth’s orbit.

Just a day ago, Russia's space agency Roscosmos had confirmed that an old rocket that was used in past launches had broken down in space. The American 18 Space Control Squadron identified 65 associated pieces from the incident.

Explained: What is space debris and how much junk is India responsible for?

No fuel, no mast, no water: Rescued sailors describe ordeal