the trial in South Africa underscored the need to stamp out the virus before it mutates further.

In a year that has seesawed between astonishing gains and brutal setbacks on COVID-19, few moments were as sobering as the revelation last month that a coronavirus variant in South Africa was dampening the effect of one of the world’s most potent vaccines.

That finding — from a South African trial of the Oxford-AstraZeneca shot — exposed how quickly the virus had managed to dodge human antibodies, ending what some researchers have described as the world’s honeymoon period with COVID-19 vaccines and setting back hopes for containing the pandemic. 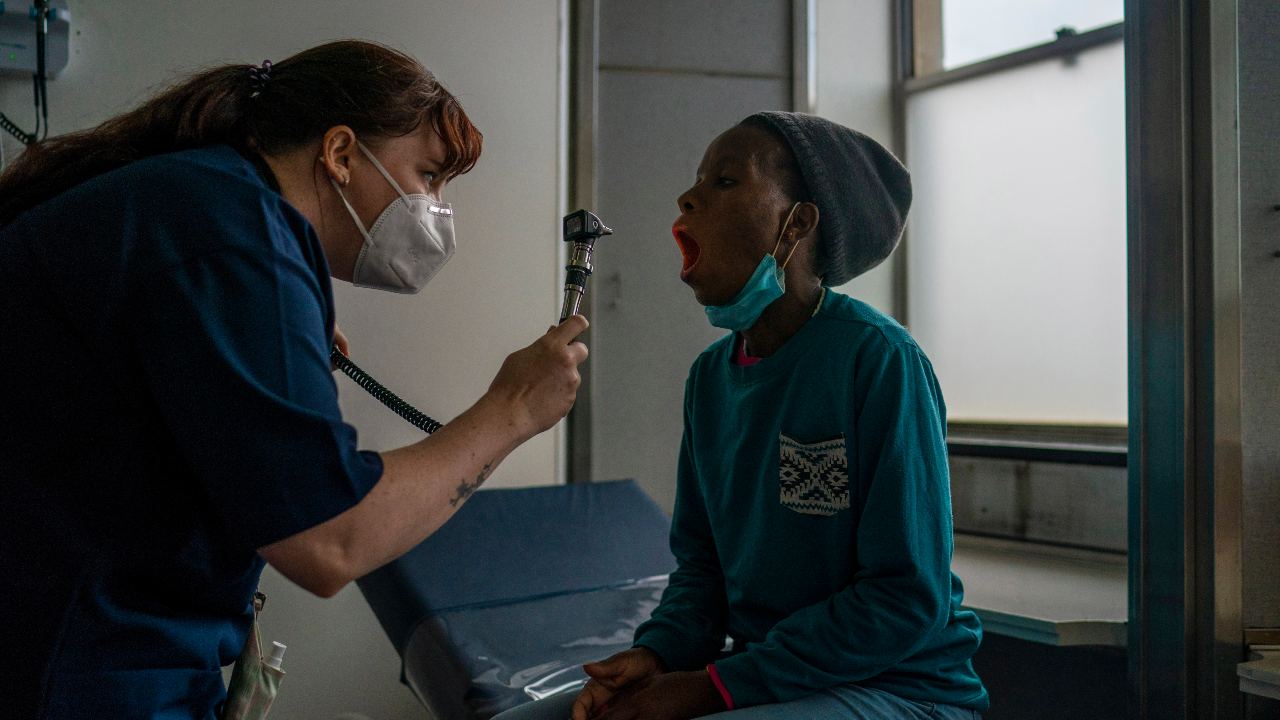 As countries adjust to that jarring turn of fortune, the story of how scientists uncovered the dangers of the variant in South Africa has put a spotlight on the global vaccine trials that were indispensable in warning the world.

“Historically, people might have thought a problem in a country like South Africa would stay in South Africa,” said Mark Feinberg, chief executive of IAVI, a nonprofit scientific research group. “But we’ve seen how quickly variants are cropping up all around the world. Even wealthy countries have to pay a lot of attention to the evolving landscape all around the world.”

Once afterthoughts in the vaccine race, those global trials have saved the world from sleepwalking into year two of the coronavirus, oblivious to the way the pathogen could blunt the body’s immune response, scientists said. They also hold lessons about how vaccine-makers can fight new variants this year and redress long-standing health inequities.

The deck is often stacked against medicine trials in poorer countries; drug and vaccine-makers gravitate to their biggest commercial markets, often avoiding the expense and the uncertainty of testing products in the global south. Less than three percent of clinical trials are held in Africa.

Yet the emergence of new variants in South Africa and Brazil has shown that vaccine-makers cannot afford to wait years, as they often used to, before testing whether shots made for rich countries work in poorer ones, too.

“If you don’t identify and react to what’s happening in some supposedly far-flung continent, it significantly impacts global health,” said Clare Cutland, a vaccine scientist at the University of the Witwatersrand in Johannesburg, who coordinated the Oxford trial. “These results highlighted to the world that we’re not dealing with a single pathogen that sits there and does nothing; it’s constantly mutating.”

Despite offering minimal protection against mild or moderate cases caused by the variant in South Africa, the Oxford vaccine is likely to keep those patients from becoming severely ill, averting a surge of hospitalizations and deaths. Lab studies have generated a mix of hopeful and more worrisome results about how much the variant interferes with Pfizer’s and Moderna’s shots.

Nevertheless, vaccine-makers are racing to test updated booster shots. And countries are trying to isolate cases of the variant, which the South African trials showed may also be able to reinfect people.

Last March, long before scientists were fretting about variants, Shabir Madhi, a veteran vaccinologist at the University of the Witwatersrand, began lobbying vaccine-makers to let him run trials.

Aware of how long Africa often waits for lifesaving vaccines, as it did for swine flu shots a decade ago, Madhi wanted to quickly study how COVID-19 vaccines worked on the continent, including in people with HIV. He hoped that would leave the world no excuse for delaying approvals or supplies. Different socioeconomic and health conditions can change vaccines’ performance.

“Am sure I can get funding,” he emailed the Oxford team 31 March last year, adding that it “would be important to evaluate in context of HIV.”

Oxford agreed, and the Bill and Melinda Gates Foundation contributed $7.3 million, cementing its role as a linchpin of efforts to steer vaccine trials to the global south.

Nevertheless, the trial had to contend with difficulties that bigger, better-resourced studies in the United States and Europe did not. For one thing, Madhi’s team had to eliminate several trial sites because they did not have cold enough freezers or backup generators, a necessity in a country where frequent power outages could imperil precious doses.

Even once the researchers locked down sites, relying on clinics with experience running HIV studies, the trial nearly came undone. Test results showed that nearly half the earliest volunteers were already infected with the virus at the time they were vaccinated, voiding their results.

“We had a limited amount of funding and a limited number of vaccines,” Cutland said. “We were very concerned about the trial being totally derailed.”

At another trial site, all three pharmacists contracted COVID-19, sidelining the only people allowed to prepare shots. Nurses on the trial lost siblings and parents to the disease. The staff was so overwhelmed that when vaccine executives called from abroad, the phones sometimes rang and rang.

The force of the pandemic in South Africa — 51,000 people have died, and up to half the population may have been infected — nearly toppled the trial. But that was also part of what drew vaccine-makers: More cases mean faster results.

Madhi’s team weathered the storm, working 12-hour days and adding last-minute swabs to ensure that volunteers were not already infected. By May he had asked Novavax, then a little-known American company with Trump administration backing, to run a trial there, too. Novavax agreed, and the Gates Foundation kicked in $15 million. But the trial was registered only several months later.

Novavax said the trial had taken time to set up. But the delay also reflected what scientists described as the pressure on U.S.-backed vaccine-makers to focus their efforts within the United States. Studies there are the best way of unlocking coveted approvals from the Food and Drug Administration, the world’s gold-standard medicines agency.

And vaccine-makers tend to know their biggest markets best.

“Companies have the most experience doing clinical trials in parts of the world that represent their commercial markets,” Feinberg said.

“You have your fishing line in the water — and in the time we were there, the virus evolved,” said Dr Gregory Glenn, president of research and development at Novavax. “This is invaluable data for us and the world.”

In a recent lab study, the Oxford-AstraZeneca vaccine protected hamsters exposed to the variant from becoming ill, even if the animals’ immune responses were somewhat weaker. The human trial in South Africa was too small to say definitively whether the vaccine prevented severe disease. But the finding that it provided minimal protection against milder cases was itself discouraging, given that the shot remains the backbone of many poorer countries’ rollouts.

In South Africa, the results scuppered plans to give the Oxford vaccine to health workers. Despite hosting trials, the country failed to leverage those into early purchase agreements, delaying supplies. Only one-fifth of one percent of people there have been inoculated, raising fears of another wave of deaths and further mutations.

If HIV research laid the groundwork for vaccine trials in South Africa, some scientists hope that an explosion of global studies in the pandemic will demonstrate to pharmaceutical companies that other countries have the infrastructure to run major trials, too.

To that end, the Coalition for Epidemic Preparedness Innovations, a Gates-backed group, is incentivizing companies to hold further COVID-19 vaccine trials in poorer countries.

“People tend to go to what they know,” said Melanie Saville, director of the coalition’s vaccine research and development. “But capacity is increasing in low- and middle-income countries, and we need to encourage developers to utilize it.”

South Africans volunteered for the trials in huge numbers. Most mornings, Dr. Anthonet Koen, who ran a Johannesburg site for the Oxford and Novavax trials, opened her doors at 6 a.m., by which time participants had already been lining up outside for two hours.

On 11 December, Koen noticed the pandemic picking up; after weeks without a case, two people in the trial-tested positive. Then more and more, every day. Health officials announced the discovery of the variant a week later. The serendipitous placement of the trials gave scientists what they almost never have: an open-air laboratory for watching, in real-time, as a vaccine and a variant faced off.

Since the Oxford results were announced last month, Koen said, volunteers have been trying to console her. “I’m getting a lot of messages of condolence and ‘I’m sorry,’” she said.

So long as that vaccine and others prevent severe disease, even in cases of the variant, the world can live with the virus, scientists said. But the trial in South Africa nevertheless underscored the need to stamp out the virus before it mutates further. Without it, scientists said, the world could have been blind to what was coming.

“We would anticipate these variants are not the end of the story,” said Andrew Pollard, the Oxford scientist in charge of its trials. “For the virus to survive, once populations have good immunity against the current variants, it must continue to mutate.”