On 25 June, SpaceX acted as a courier and launched 24 satellites into space. Among them was a small, loaf sized spacecraft called 'Prox 1', built by students. It contained a solar sail Lightsail 2, a passion project of the non-profit organization The Planetary Society, which is headed by Bill Nye who is well known for his science program Bill Nye the Science Guy.

On 2 July, Prox 1 deployed the Lightsail 2 in a nearly perfect circular orbit, 720 km, in low Earth orbit. The deployment of the sail was delayed for two weeks due to irregularities in the readings. After plenty of checks and test of the cameras and solar panels, on 23 July, the solar sail was finally launched.

Lightsail 2, a crowdsourced satellite that uses sunlight to power its movement, is now in space. Like boats have sails that use the wind to move through water; this sail will use photons from the Sun to move through space. A representative from Planetary Science told Space.com, "While light has no mass, it has momentum that can be transferred to other objects. A solar sail harnesses this momentum for propulsion."

The photons will bounce off the shiny panels on the kite-like body and push the sail. During the deployment, four booms extended from its body and unfurled four triangular Mylar sails. This whole process took around three minutes. 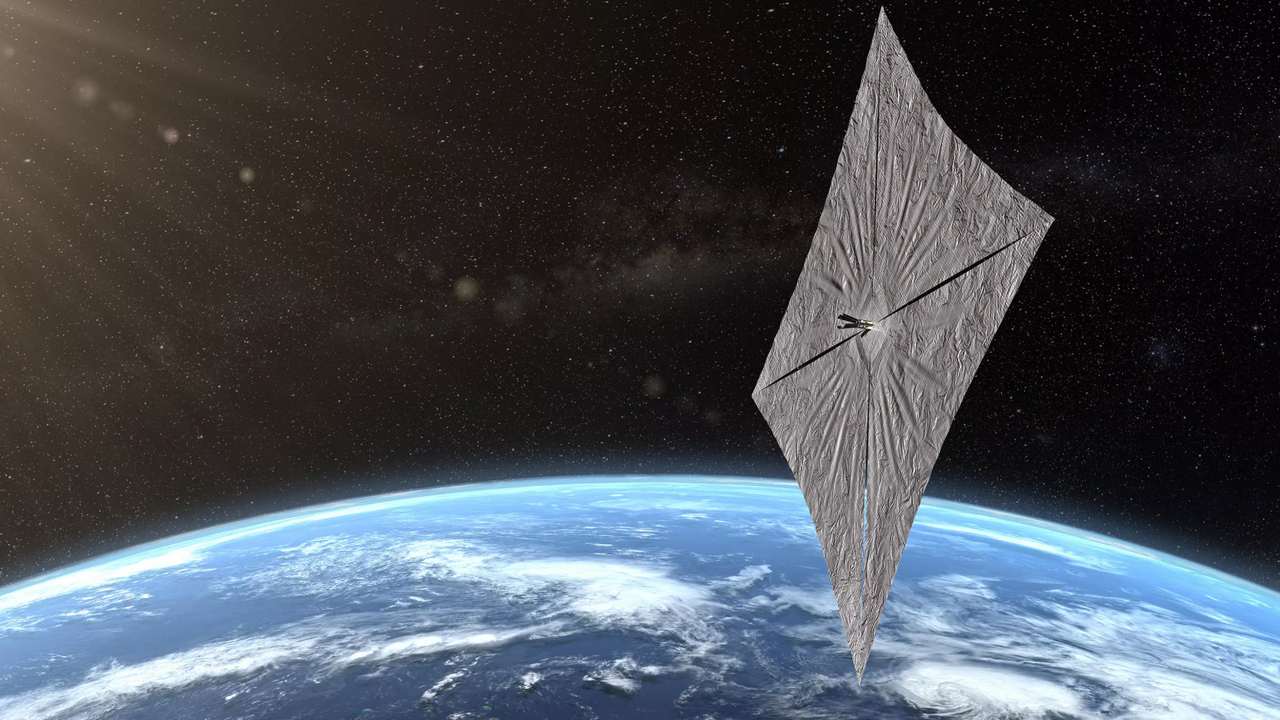 "We use the term boom just like on a sailboat, to hold the sails out because we’re twisting relatively fast in Earth orbit," Bill Nye, Planetary Society CEO, said at a press launch. He then went on to explain how the sail will move. "We go edge-on toward the sun, twist 90 degrees, go face on and get a full push like a sailboat going downwind, building orbital energy. [We] then twist again on the night side of the Earth and twist on the dayside, over and over."

What can this sail be used for?

Solar sailing is a revolutionary, simple mechanism to propel a spacecraft through space. It captures the momentum of light from the Sun and using that momentum to push the spacecraft forward.

"LightSail 2 will demonstrate the application of solar sailing for CubeSats, [which are] small, standardized spacecraft that have made spaceflight more affordable for academics, government organizations and private institutions," The Society’s representative explains.

If the test sail is successful in its mission, it can lead to more ambitious solar sail missions beyond just the Earth’s orbit, to other planets and solar systems. This sail has a mission life of a year because of 'atmospheric drag' and it will burn up on re-entry into the Earth’s atmosphere.

Lightsail: Not a pioneer

The Lightsail 2 is not the first solar sail to be launched in space. There was a Lightsail 1 that did not take off. Japan’s space agency, JAXA, launched IKAROS (interplanetary Kite-craft Accelerated by Radiation Of the Sun) on May 2010. In August 2010, NASA launched the NanoSail-D, however, the satellite was lost soon after the launch. A replacement, NanoSail-D2 was launched to complete its mission.

The Planetary Society's LightSail 2 mission is just one of many examples of this technology in action.