A skull of a carnivore mammal that roamed the Earth after the dinosaurs has been discovered in a drawer in African museums.

When Ohio University integrative biologist Nancy Stevens peered into a drawer in the wooden cabinets on the top floor of a Nairobi museum in 2010, she saw a chunk of rock containing massive teeth and knew she had come across something important.

The overlooked fossils stored at the National Museums of Kenya belonged to one of the largest meat-eating mammals ever to walk the Earth, a beast called Simbakubwa kutokaafrika that stalked Africa 22 million years ago, according to research by Stevens and co-author Matthew Borths published on Thursday.

Bigger than any carnivorous land mammal alive today - even a polar bear - Simbakubwa’s skull was the size of a rhino’s, its eight-inch (20-cm) canine teeth as large as bananas. It weighed about a ton and was 8 feet long (2-1/2 meters) snout to rump.

According to the research published in the Journal of Vertebrate Paleontology, the fossils were excavated around 1980 in western Kenya and never closely examined. 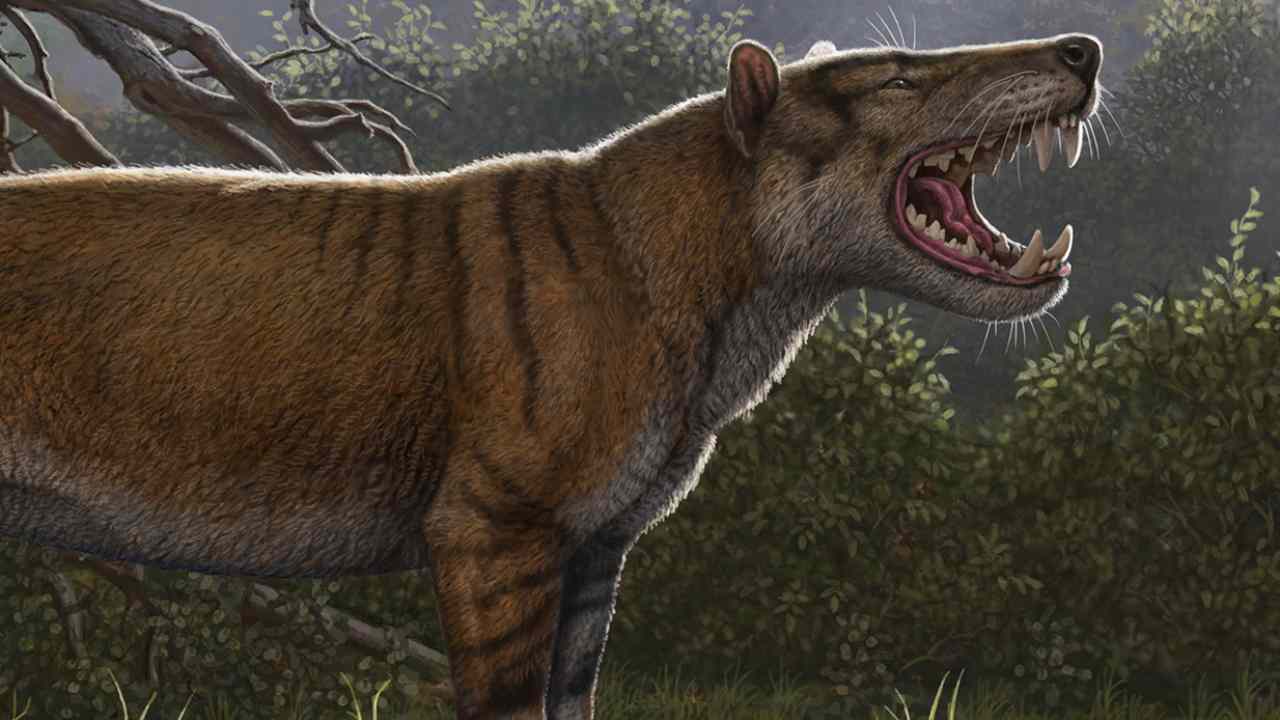 An artistic impression of the Simbakubwa kutokaafrika, a gigantic carnivore that roamed the Earth roughly 22 million years ago. Image credit: Mauricio Anton

"Most of the specimens that I study are quite small, so you can imagine my surprise when I opened a drawer that I hadn’t examined yet, and saw the enormous teeth glinting up at me. The specimen had been collected decades before, and the team that discovered this fossil was more focused on other parts of the fauna, particularly primates,” Stevens said.

“At first glance, it would have looked like a gigantic hyena or long-tailed wolf with a head that was a little too big for its body. I imagine something like the ‘wargs’ from ‘Lord of the Rings,’” said Borths, a Duke Lemur Center paleontologist, referring to fictional monstrous wolves.

Simbakubwa’s name means “big lion” in Swahili though it was not a cat. It was the largest predator in its ecosystem, a fragmented forest inhabited by early apes, hippo relatives and elephant relatives, and was probably the largest carnivorous land mammal in Africa up to that time.

“It was not an animal built for long efficient runs across open ground. Instead, its foot was flexed. Carnivores with this posture tend to be ambush hunters like tigers rather than pursuit hunters like wolves,” Borths said.

The Lord of The Rings: The Rings of Power: Maxim Baldry opens up on Isildur meeting Galadriel and their journey

Kenya gets a new President with India links: Will it help bolster bilateral ties?