Scientists experimented with graphene in the diets of silkworms to make stronger, conductive silk.

One of the most sought-after and popular natural fibres in the world of textiles is silk – not just for its smooth and soft look and feel, but also its strength.

A new study claims to have engineered a new way to make stronger and tougher silk fibers by putting on a spin on the old-school method of producing silk – feeding silkworms carbon nanotubes and graphene.

Often considered a "miracle material", graphene has made its way into many different industries as a versatile carbon nanoparticle material. It has found advanced and innovative uses in the energy industry, electronics and nano-medicine among others. 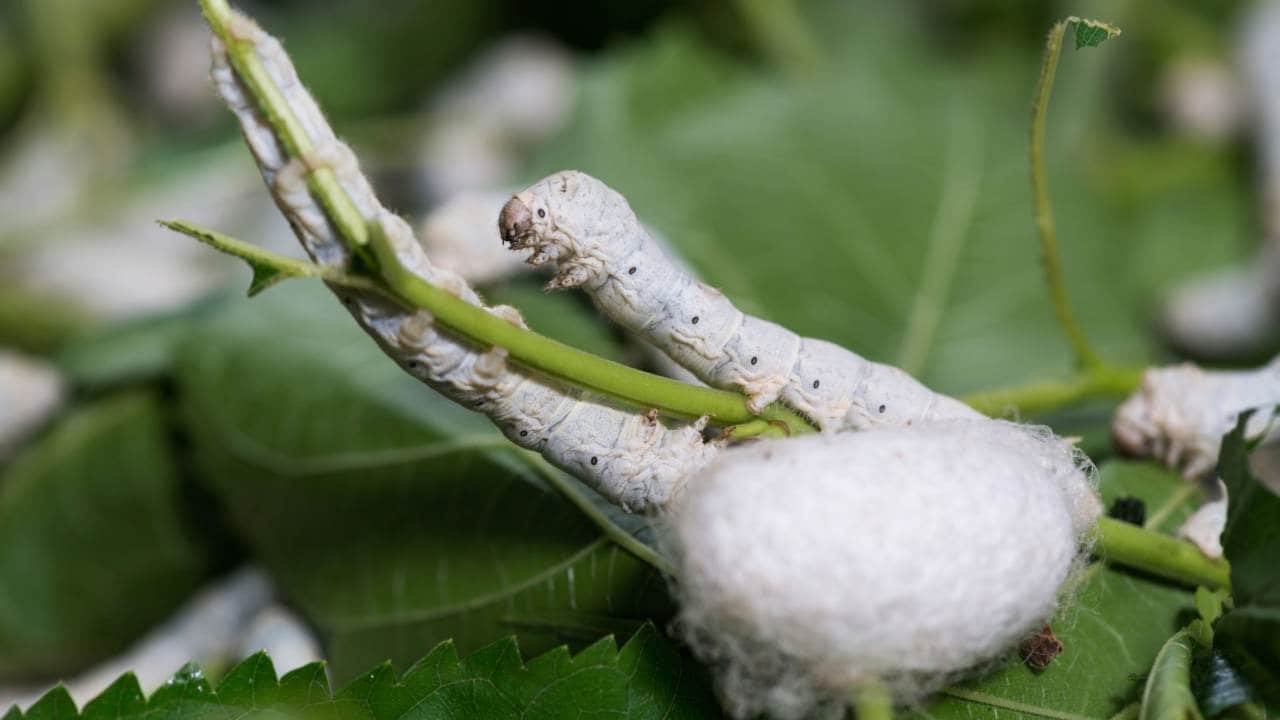 A silkworm at work!

Silkworms, which are the larvae (baby version) of silk moths, release raw silk in the form of threads from their salivary glands. Researchers at Tsinghua University in Beijing have experimented with new kind of silkworm food – containing carbon nanotubes – that causes the silk they produce to be stronger and capable of conducting electricity.

The food of the silkworm larvae – mulberry leaves – was sprayed with a water-based solution that contained graphene or carbon nanotubes. The silkworms soon began to produce this new and exalted 'silk'. Interestingly, as little as 0.2 percent (by weight) of the graphene was needed in the solution to achieve these amazing results. Threads of silk being processed and being spun for textiles.

In the study published in Nano Letters, the super-strong silk can withstand 50 percent more stress before breaking compared to ordinary silk.

Combining the best of nanotechnology with biology, the new technique could have done what previous attempts to enhance silk wasn't able to. They instead had resorted to adding chemicals to silk after it was already spun.

The new variety of naturally-enhanced silk fiber opens up possibilities for its use in wearable electronics, stronger and smarter fabrics, and even medical implants, according to the researchers.