Shimmering super-Earth with ruby, sapphire discovered beyond our solar system

The exoplanet belongs to a new class of super-Earths with an exotic composition of minerals.

There are thousands of potential worlds, or 'exoplanets' lying just outside the edge of our solar system. Some are rocky, others icy, and still others are hot gas giants and super-Earths – giants planets larger than the Earth in size that have been observed, categorized and tucked away in a growing database.

Researchers now claim to have created a whole new category of exoplanets – a sub-group of super-Earths that orbit their stars closely and are abundant in minerals like calcium and aluminium oxides, as well as other jazzier ones like oxides of ruby and sapphire.

One of the most fascinating exoplanets in this new bucket is dubbed HD219134 – a planet five times Earth's mass located 21 light years away in the constellation of Cassiopeia.

Considering what researchers now know about the exoplanet, it's not all that surprising that it catches a lot more light than the others. “Perhaps it shimmers red to blue like rubies and sapphires, because these gemstones are aluminium oxides which are common on the exoplanet,” Caroline Dorn, astrophysicist at the University of Zurich, said in a statement.

The team also identified three other exoplanets that fall neatly into the new category of super-Earth.

From past researcher, it is known that when stars like our Sun were born, they were surrounded by a cloud of dust, heat and gas called the protoplanetary disk, from which planets, too, were formed. The disc eventually disappeared and left stars and planets in its wake – some Earth-like, with planets abundant in minerals like iron, silicon and magnesium.

Some planets closer to the stars they orbit took released a whole lot more heat, and had a different composition of minerals than most other super-Earths. According to data from super-Earth models and simulations, these planets had calcium and aluminium in abundance. 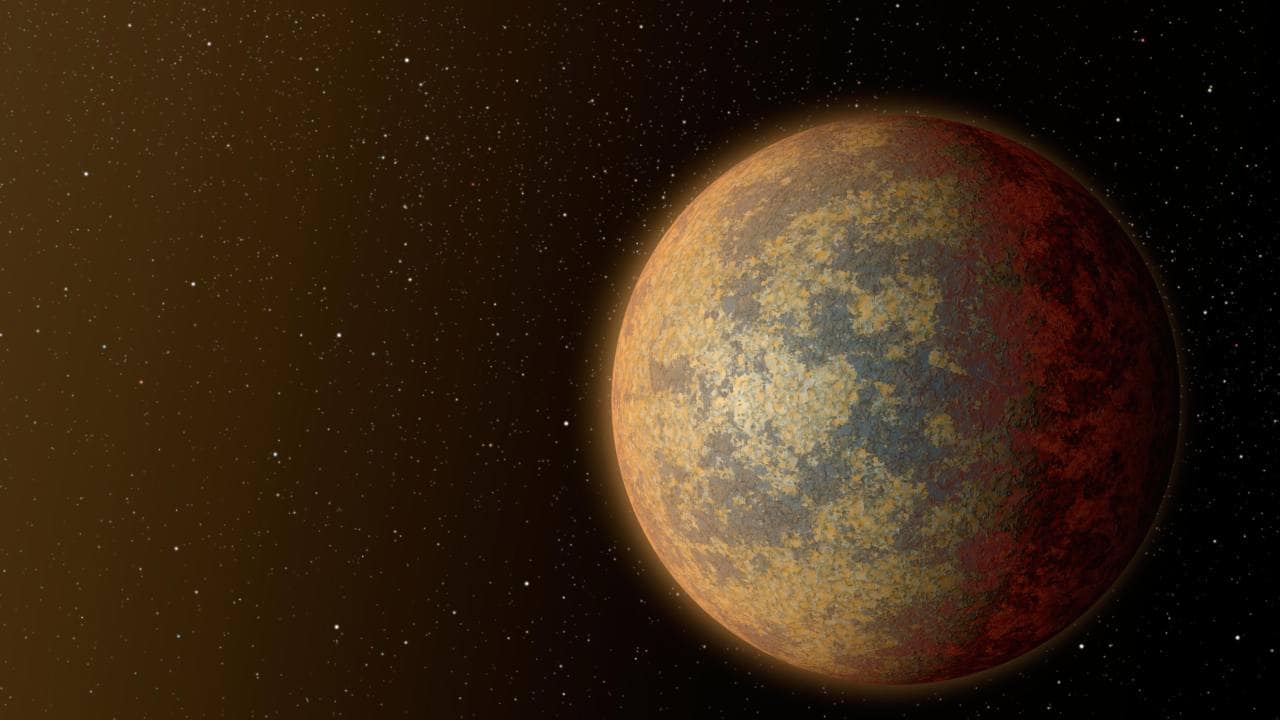 An artist's concept of the rocky, gemstone-laden exoplanet HD219134 b. Image courtesy: Facebook/Thibaut.Roger1

"What is exciting is that these objects are completely different from the majority of Earth-like planets – if they actually exist,” said Dorn. "In our calculations, we found that these planets have 10 to 20 percent lower densities than Earth."

With a very different structure and composition, these new and exotic class of exoplanets, the researchers theorize, have a very different pattern of heating and cooling, a different atmospheric composition from other super-Earths and many more that are yet to be discovered.

For now, suffice it to say that these super-Earths are different, shimmery and just a four-year journey trip away once we've cracked interstellar, light-speed travel and unlimited energy.

The semiconductor monopoly: How one Dutch company has a stranglehold over the global chip industry