The robot can climb over large obstacles and crawl through a tunnel, pipe or narrow gaps.

Scientists have developed a robot that can change its shape to crawl through tight spaces and climb over rough terrain, an advance that may help search and rescue teams locate people trapped under debris.

The Rising Sprawl-Tuned Autonomous Robot (RSTAR) utilises adjustable sprawling wheel legs attached to a body that can move independently and reposition itself to run on flat surfaces, climb over large obstacles and up closely-spaced walls, and crawl through a tunnel, pipe or narrow gaps. 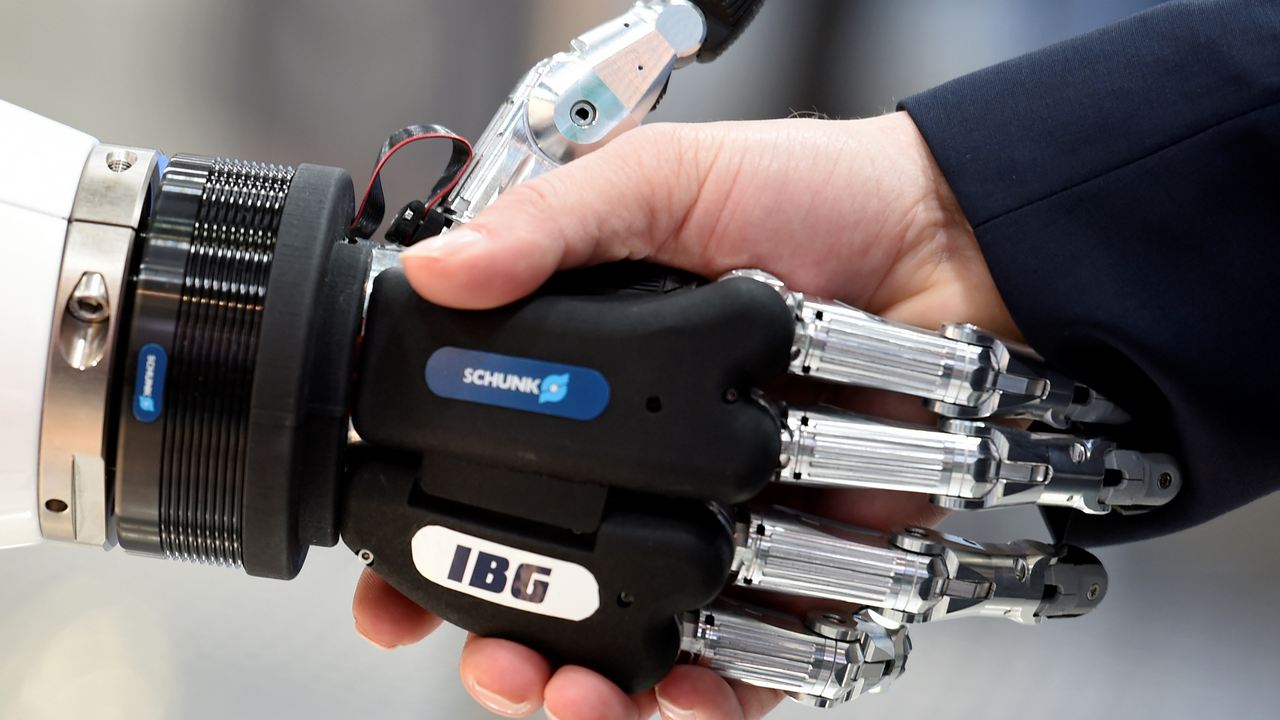 A visitor shakes hands with a humanoid robot. Image: Reuters

"The RSTAR is ideal for search and rescue operations in unstructured environments, such as collapsed buildings or flooded areas, where it must adapt and overcome a variety of successive obstacles to reach its target," said David Zarrouk, from Ben-Gurion University of the Negev (BGU) in Israel.

Its speed and relatively low energy consumption make the robot ideal for a broad range of applications that may require longer work time.
The robot uses its round wheels to travel more than three feet per second on hard flat surfaces and switches to spoke wheels to traverse extremely soft or granular surfaces, like thick mud or sand, without getting stuck.

It also climbs vertically and crawls horizontally by pressing its wheels to walls without touching the floor.

The team is working on a larger STAR robot version that will climb over larger obstacles, including stairs, and carry more than four pounds of sensors and supplies.

A smaller STAR or RSTAR will piggyback on the larger robot to use in hard-to-reach areas and sneak in between narrow cracks and passages.