A recent string of natural disasters, the latest a deadly earthquake and tsunami in Indonesia, have exacted a severe toll both in economic damage and human lives throughout Asia. The UN Office for Disaster Risk Reduction, or UNISDR, says up to 1.6 million people could be affected by the magnitude 7.5 earthquake and the tsunami it created Friday in a central region of Sulawesi island.

Such disasters tend to hurt the poorest people in the poorest countries most severely, even if the economic toll can be highest in more affluent countries like Japan. Annual losses from disasters like earthquakes, tsunamis, and typhoons average $250 billion to $300 billion, according to UNISDR, with the largest share in Asia. Indirect losses over time can be worse than the immediate costs. 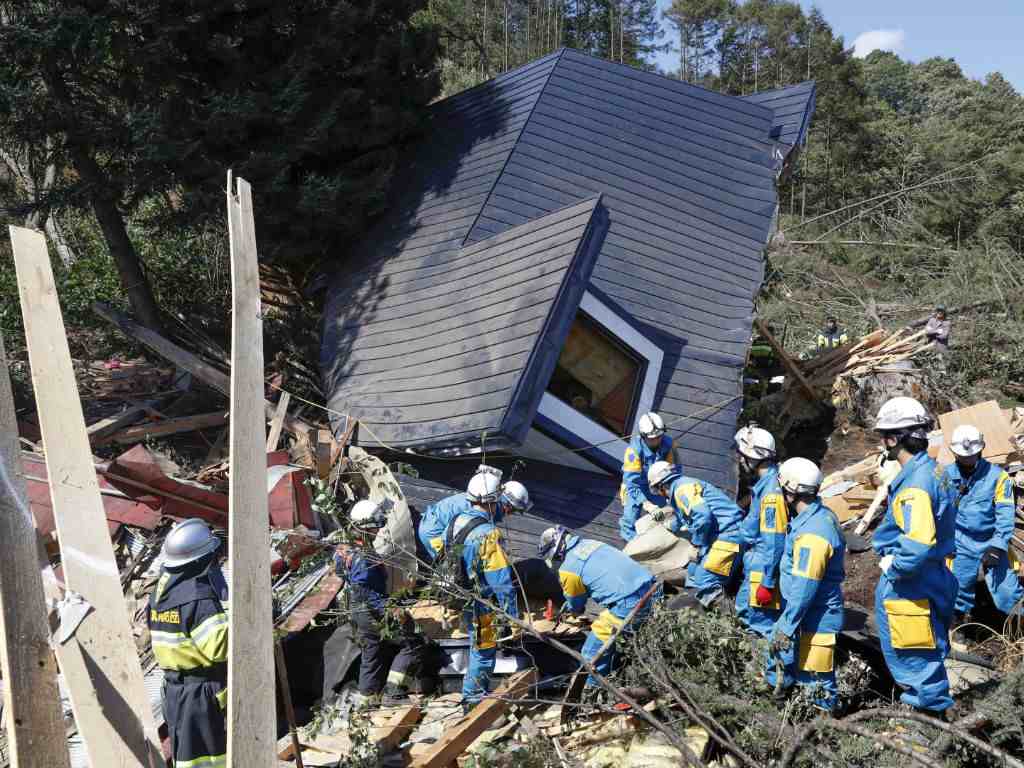 Rescue workers search for survivors from a house damaged by a landslide caused by an earthquake in Atsuma town, Hokkaido, Japan. Reuters.

A look at the costs for the region for just a handful of the worst calamities in the past several months:

The death toll from the earthquake and tsunami that hit the port city of Palu and other communities on Friday evening stood at 844 as of Monday afternoon and is expected to grow. The extent of the damage was unknown as rescuers struggled to reach remote areas affected by the disaster.

A magnitude 6.7 earthquake on Japan’s northernmost main island on 6 September killed 41 people, most of them buried in a massive landslide. It wrecked roads and houses in the regional capital, Sapporo, and knocked out power for the island. Local media cited Hokkaido Gov. Harumi Takahashi as estimating the cost to public infrastructure, farming and forestry at 150 billion yen ($1.3 billion), not including losses to tourism and private businesses.

Typhoon Mangkhut, one of several powerful tropical storms to sweep through Asia so far this typhoon season, hit in mid-September. In the Philippines, the storms triggered landslides and flooding that killed at least 68 people. Latest government estimates put the damage at more than 33.7 billion pesos ($622 million), just in the Philippines — and many millions more in Hong Kong and China.

The earthquakes that struck Lombok in eastern Indonesia in August, the biggest with a magnitude of 6.9, did not generate a tsunami but nonetheless caused widespread damage on the island and on nearby Bali, killing more than 500 people. Damages are estimated at more than $500 million.

The 24 July collapse of a dam in eastern Laos, along a tributary of the Mekong, killed at least 27 people and left more than 130 missing as flash floods wrecked roads and villages downstream as far as Cambodia and Vietnam. The government has not released damage estimates.

Landslides and flooding in western Japan killed 229 people in early July and inflicted damage exceeding $2 billion. Those storms were followed in early September by Typhoon Jebi, the strongest storm to pound Japan in 25 years. It killed at least seven people and left thousands stranded at the Kansai International Airport when a tanker came unmoored and smashed into a bridge connecting the facility to the Japanese mainland.