There project still has around 293 million square kilometres of ocean floor to map before the assimilation begins.

Plans to map the entire ocean floor by 2030 are going ahead despite the challenges of the coronavirus crisis, officials leading the project said, with almost a fifth covered so far.

Scientists say the topography of the ocean floor is less well known than the surfaces of Mars, Mercury or Venus and that charting the depth and shape of the seabed will help understand the impact oceans have on the earth’s climate.

As the world’s ocean economy grows in coming years, data will also be vital to boost knowledge of marine ecosystems and marine life as well as future food supply patterns. 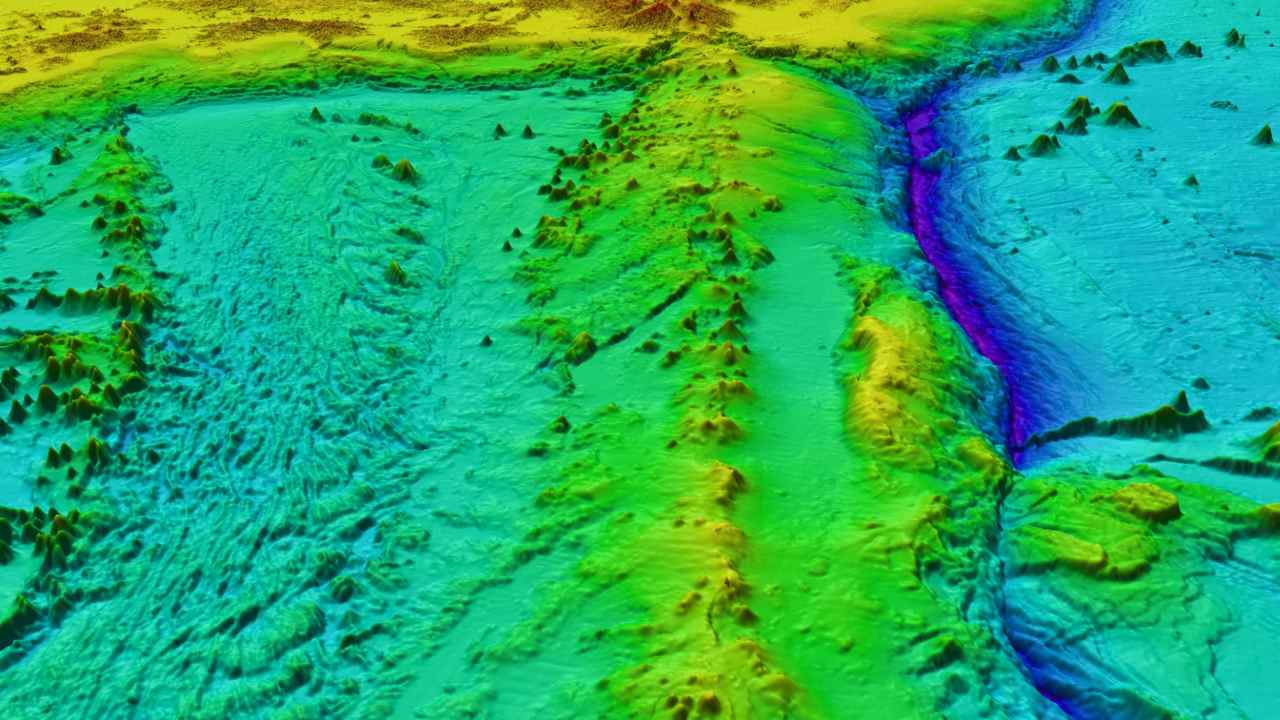 A geomorphological map of the pacific ocean seabed. Image: Seabed2030/Gebco

Seabed 2030, which is working to bring together all available bathymetric data to produce a comprehensive map said on Sunday that the area mapped had risen from 15% to 19% in the last year, from only 6% when the initiative began in 2017.

“Over the next year, we anticipate similar levels of data contributions through donations of archive material and, as COVID restrictions abate, new data from surveys, ships transits and crowdsourcing,” project director Jamie McMichael-Phillips told Reuters in comments to coincide with World Hydrography Day.

Data used includes contributions from governments, academia and commercial sources such as ships. These are pulled together by experts at various regional centres around the world in an initiative estimated to cost between $3 billion and $5 billion. “We have already been gifted hundreds of thousands of square kilometres of data which would cost tens of millions of dollars to acquire ourselves,” McMichael-Phillips said.

But there was still around 293 million square kilometres of ocean floor to map, he added.

The project is a collaboration between Japan’s philanthropic Nippon Foundation and GEBCO, a non-profit association of experts that is already involved in charting the ocean floor.