In Tokyo alone, groundwater pumping caused the land to sink around 4 meters over the course of the 20th century.

Even if we stop all greenhouse emissions today – which is not exactly realistic – sea levels will continue to rise. That’s not to say that what we do doesn’t matter. In fact, it matters a great deal. But the sea level rise we see today is the consequence of global warming that started from emissions released decades ago. Large bodies of water like the oceans have a great heat capacity – they warm up slowly and keep that temperature for a long time. This means that changes in sea level lag behind the warming of the atmosphere.

In a new report by the IPCC, we found that the average (or "mean") global sea-level rise on coastlines around the world is likely to be 20-40cm by 2050. There will be regional differences, but all parts of the world will be affected. While this amount of sea-level rise may sound manageable, it’s important to keep in mind that other factors will exacerbate the problem. 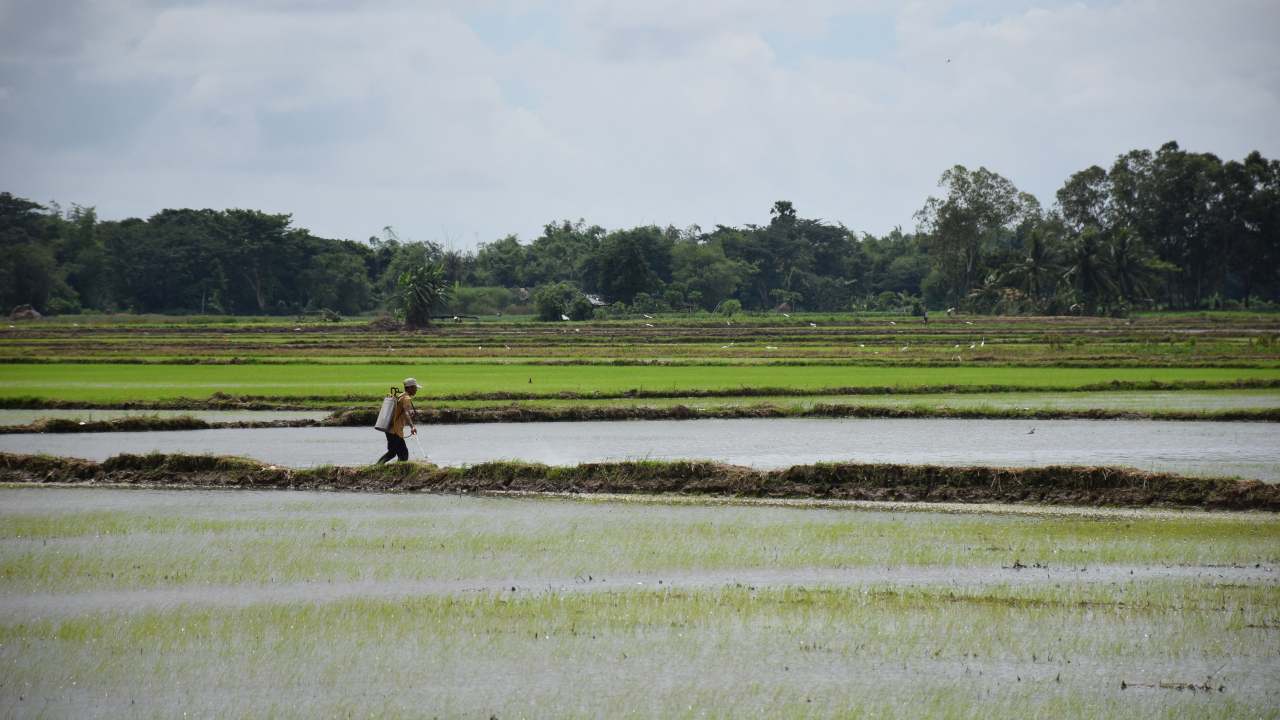 Low-lying regions could be devastated by sea-level rise this century. Image: Author provided

Today, the worst impacts are mostly felt in places where sea level rise has combined with sinking land, also known as subsidence. Subsidence is a natural process, but the weight of high rise buildings and the emptying of underground water reservoirs tends to speed it up. That’s why sinking coastal megacities like Jakarta in Indonesia may suffer a great deal from just 20-40cm of sea-level rise.

More frequent cyclones and storm surges are also expected as climate change causes more extreme weather. Sea level rise will likely amplify the impacts of these extreme events. In fact, this has already been happening for a while, with deadly effect. In Fiji, storms and elevated sea levels combined to cause devastating floods that claimed at least 11 lives and left 12,000 people temporarily homeless in January 2009.

Looking to the end of the 21st century and beyond, two very different scenarios are possible.

If the commitments for cutting carbon emissions in the Paris Agreement are met, catastrophic sea-level rise can be kept at bay with a global mean rise of 50cm. But if emissions continue at their current rate, one meter of sea-level rise is possible by 2100 and up to four meters by 2300. Predicted sea-level rise this century if warming reaches 2.6 degrees C, 4.5 degrees C or 8.5 degrees C by 2100. Some regions of the world have been built to withstand this level of change. Groundwater pumping in Tokyo caused the land to sink around 4 meters over the course of the 20th century. The city now relies on vast flood defenses. This shows that dealing with several meters of sea-level rise could be possible, providing financial resources are available to armor the coastline. In many places worldwide, this isn’t the case. For much of the world’s low lying regions, 4 meters of sea-level rise would be unmanageable.

How far the oceans rise will depend a great deal on what we do in the next few decades. Whether emissions can be restrained and sharply reduced will mean the difference between manageable disruption and catastrophic inundation. If we take action now, we’ll save and improve the lives of those 680m people who live in coastal areas just 10 metres above sea level.

The best solution would be to remove carbon emissions now while preparing for the portion of sea-level rise we can no longer prevent. The best tools for this could be coastal ecosystems themselves. Depending on local conditions, coastal wetlands, marshes and mangrove swamps can retain sediments and can grow vertically at rates equal to or greater than the mean rate of sea-level rise. These habitats can also accumulate carbon 40 times quicker per hectare than tropical forests, making them invaluable for slowing climate change.

But the world is losing these ecosystems rapidly. Nearly 50 percent of the natural extent of global coastal wetlands has been lost since the 19th century. In the tropics, people have cleared mangrove forests to grow crops or build aquaculture ponds. Elsewhere, tourist resorts, roads and harbours have been built on top of these habitats.

Depending on what we decide to do and how fast sea levels rise, 20-90 percent of existing coastal wetlands could be lost by the end of the century. But if coastal wetlands are allowed to thrive and expand, they could reduce emissions and stabilise coastlines at the same time, preventing erosion and flooding. How much sea level rise the world can expect by 2050 is quite well known. Everything after that depends on further emissions. To plan for the worst, structures built by humans should be adapted to accommodate for potentially significant sea level rise in future. In Northern Germany, so-called "climate dikes" have already been built. They have a wide foundation that means they can be built higher depending on the extent of sea level rise in the next few decades. Designing and building infrastructure with future change in mind demands investment today, but it will save lives and money in the long run.