Scientists succeed in mapping every neuron in a worm, a breakthrough in neuroscience

The connectome is also a foundation for understanding far more complex nervous systems like our own.

Every neuron and connection between them in the male and female bodies of an animal has been mapped for the first time. This "connectome", as researchers are calling it, brings researchers a step closer to understanding the workings of neurons as well as malfunctions that lead to unexplained mental illnesses.

The connectome in question is that of a small, soil-dwelling worm known as Caenorhabditis elegans, or simply, C. elegans. This worm is a widely used organism in neuroscience research for the tiny number of neurons it has. The hermaphrodite version of the worm, for example, has 302 neurons in its nervous system compared to the ~86 billion present in humans. 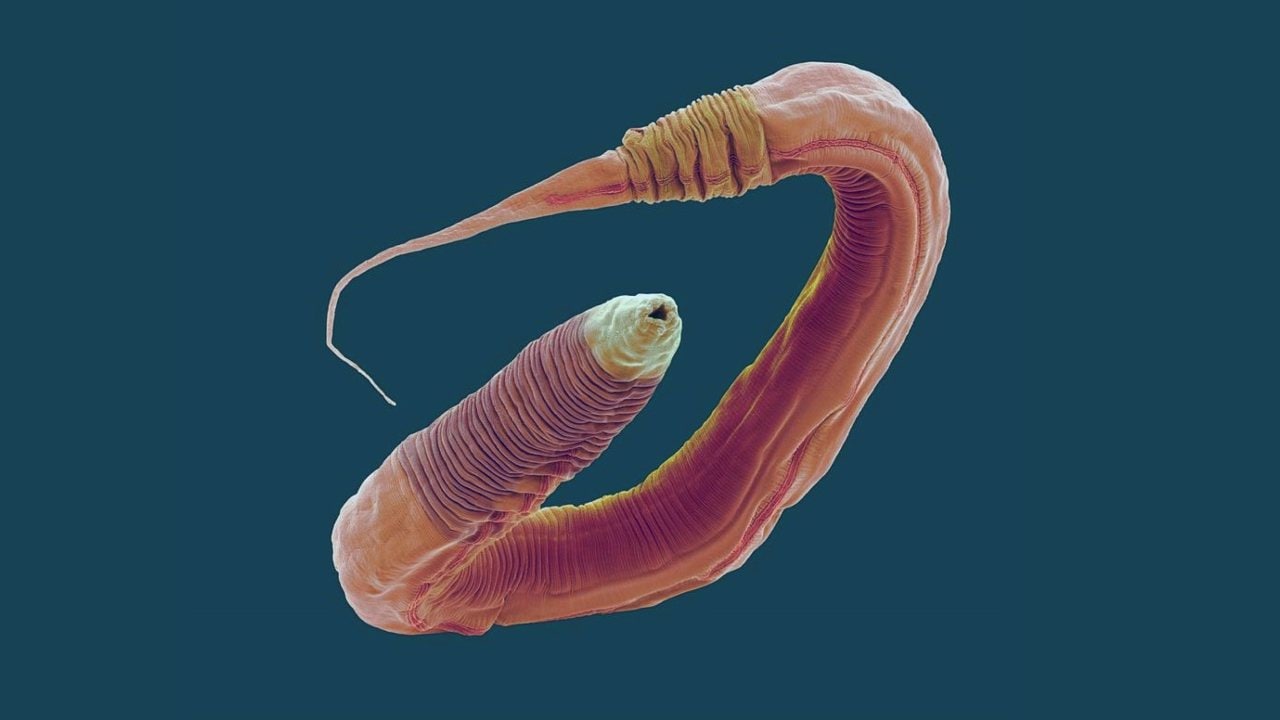 C. elegans under a microscope.

The new map developed by scientists and published in the journal Nature is the first complete "wiring diagram" for both sexes of any animal. It displays which neurons are linked to which other neuron or muscle. Also tagged to each neuron are the bodily function/muscles they control and the strength of those connections. No matter what the area of research, this new wiring diagram gives scientists a reference to easily track how the animal might sense or react to the external world.

"The worm may be simple at the level of the number of cells by comparison to other animals, but it is not simple in its behavior," Scott Emmons, the paper’s senior author, told Scientific American. "It has learning, it has memory, it has fear, it can learn the presence of predators and runs away from them, it can navigate toward food, it can find the opposite sex and once it encounters it, it knows how to mate with it."

In a way, the connectome is also a foundation for understanding far more complex nervous systems like our own.

"If a worm can do so much with so few neurons, and we have orders of magnitude more neurons," Paul Sternberg, a biology professor at the California Institute of Technology in Pasadena, told Scientific American, "then we're amazing."

The datasets that were generated from and analysed in the current study are available at wormwiring.org

Contagious yawning, empathy may have evolved from human need to understand others

Our cardiac cycle may affect how we learn and process information, study finds

Largest brain-like supercomputer switched on after 10 years under construction