The Amazon Reef is one of the world's largest reefs but its existence became known only in 2016.

Off the coast of Guiana, a French overseas department perched on the north coast of South America, scientists scour the choppy waters for signs of life.

From the deck of a Greenpeace ship, they take photos and keep meticulous notes — compiling a catalogue of sea creatures sustained by a coral reef only recently discovered but already threatened, activists say, by mankind's hunger for oil.

Near the mouth of the Amazon river in the Atlantic Ocean, the Amazon Reef is one of the world's largest but its existence became known only in 2016. Greenpeace's Esperanza ship is currently looking at the study of the Amazon reef. image credit: Twitter

"We are talking about a unique ecosystem not seen anywhere else in the world and that we barely know, and it is already under threat from oil," says Thiago Almeida of Greenpeace Brazil, on board the Esperanza — a former Russian fire-fighting vessel-turned environmental ship.

At the moment, the ship is home to experts from Greenpeace and France's CNRS research institute — participants in a special mission to document the wildlife in an uncharted region. Their goal: to make a case for keeping the area off-limits to fossil fuel hunters.

Just last year, Greenpeace revealed that the reef stretched into French Guiana waters. French Guiana's offshore area is off-limits to prospectors under French law but campaigners say it would be threatened by any exploration or drilling off neighbouring Brazil.

"A lot of oil would come to French Guiana" in the event of a leak, said Almeida. "If we look at the oil spill modelling done by the companies themselves, you can see that the threat is real."

Not only the water and reef, but also the land is at risk, with mangrove forests stretching all along Guiana's coast serving as crucial fish nurseries. 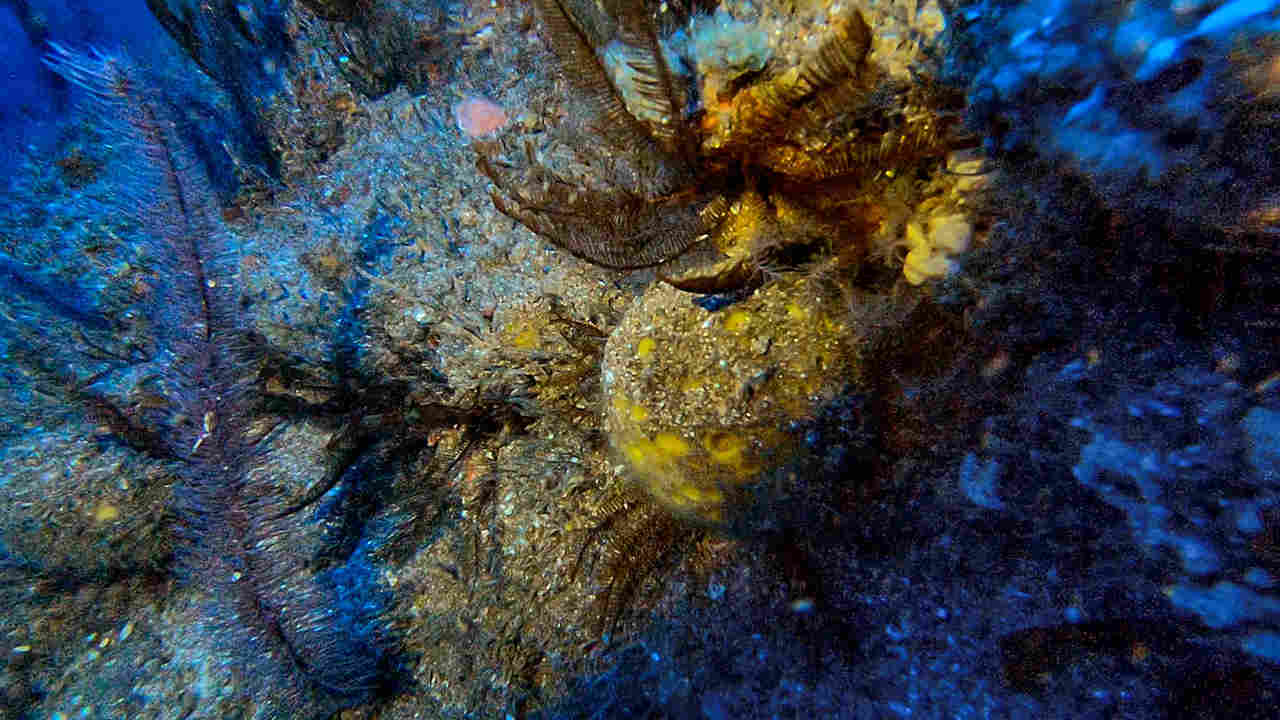 But they needed permission to search and last December, Brazil's Ibama environmental regulator denied Total a licence to drill citing "deep uncertainties" in emergency plans, "aggravated by the possibility of an oil spill that may affect the coral reef present in the region and by extension marine biodiversity."

BP is still trying for a drilling licence in the area, a move campaigners say could endanger the reef.

Not just passing through

Earlier this month, a team of six experts braved the muddy water and strong currents to scrutinise the reef's corals, sponges and calcified algae, taking photos and samples.

But Olivier Van Canneyt, a scientist with the CNRS-aligned Pelagis observatory, is quick to stress the reef represents "more than a migratory route".

"We also observed humpback whales with their young; their presence confirms that it is also a vital place of breeding and (nurturing). French Guiana waters are a crucial place for the survival of many cetacean species," he explained. Reef structures were found between 95 and 120 meters deep, less than 150 kilometres from Cayenne. image credit: Greenpeace

For Edina Ifticene of Greenpeace's Protect the Oceans campaign, the discovery of these creatures showed "it doesn't make sense to drill for oil in such a critical environment; an oil spill could have irreversible consequences for the entire area."

Not only that but exploiting oil deposits threatens to undermine the fight against climate change caused by planet-warming gases emitted as humanity burns fossil fuels for energy.

Brazil's ANP petroleum agency has estimated the area may hold as much as 14 billion barrels of oil — a quantity scientists say could release 5.2 gigatonnes (Gt) of carbon dioxide into the atmosphere.

According to the International Energy Agency, global energy-related CO2 emissions rose to a historic high of 33.1 Gt last year.

Scientists say we need to leave at least 80 percent of the world's known remaining fossil fuel reserves in the ground to prevent runaway climate change. 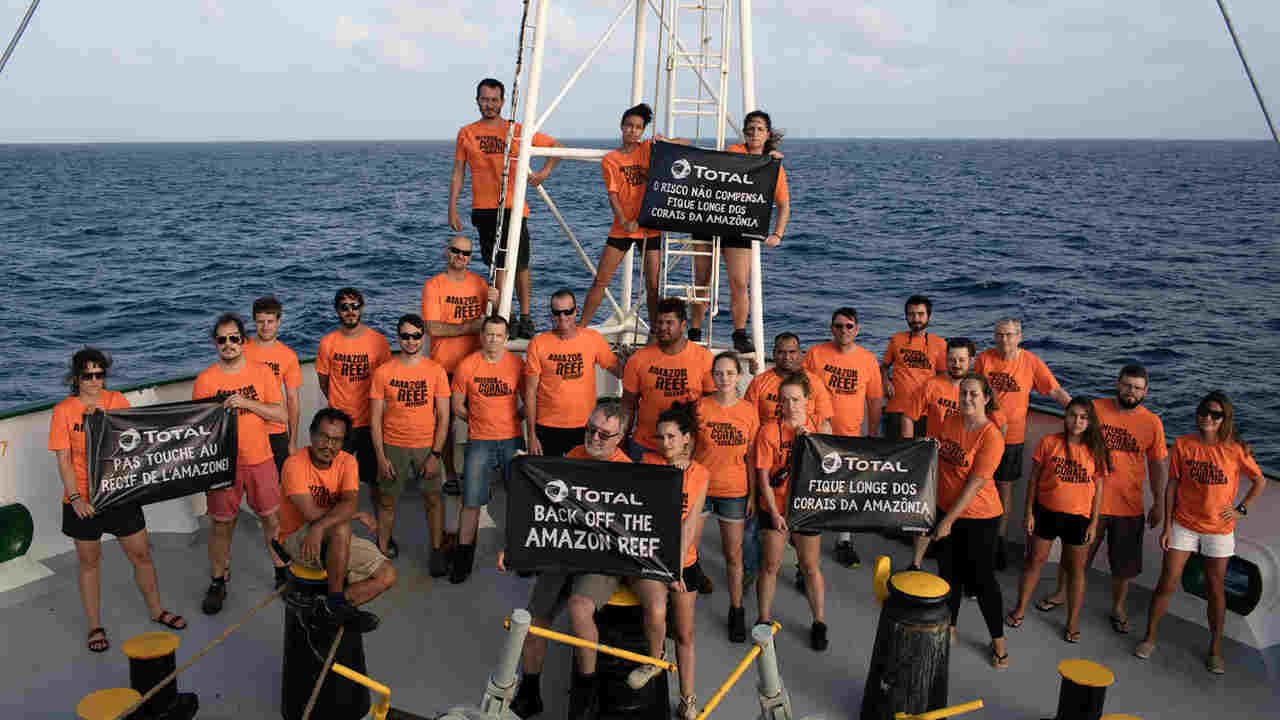 The ship spent 45 days in Brazil and this the crew that lived on it. image credit: Greenpeacegree

Last week, the UN's Intergovernmental Panel on Climate Change cautioned that ocean warming and changes in sea chemistry, caused by CO2 absorption, is harming ocean life and the people who depend on it.

"Shifts in the distribution of fish populations have reduced the global catch potential," it said. "Communities that depend highly on seafood may face risks to nutritional health and food security."

Ruben, a fisherman from the small coastal community of Kali'na said he feared for the future. "I think it's bad for us. It's what I think. The petrol is dangerous," he said on a stopover by the Esperanza.